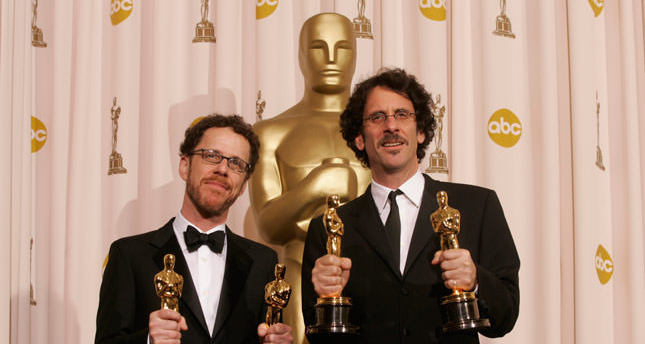 The Coen brothers, award-winning American directors of hits like ‘Fargo’ and ‘The Big Lebowski,’ will jointly head the jury at this year’s Cannes Film Festival, becoming the first pair to chair the world’s top cinema showcase

Joel and Ethan Coen will preside over the panel of filmmakers and actors judging the movies in the main competition of the festival staged in the glamorous French Riviera resort town from May 13 to 24. "We look forward to returning to Cannes this year," the directors said in a statement. "Cannes is a festival that has been important to us since the very beginning of our career." "Presiding over the jury is a special honor since we have never heretofore been president of anything. We will issue further proclamations at the appropriate time."

The nearly inseparable brothers are considered two of the most innovative directors in the world and have jointly written, directed and produced a series of hits over the past three decades. The siblings are also Cannes darlings, having presented seven of their 16 features there at the festival. They picked up the festival's top Palme d'Or prize for "Barton Fink" in 1991, its runner-up Grand Jury Prize for "Inside Llewyn Davis" in 2013, and its Best Director award for "Fargo" (1996) and "The Man Who Wasn't There" (2001). The wry humor of Coen brothers screenplays, their demanding production standards and the outstanding cinematography they bring to bear on their movies have won a slew of awards in other competitions - most notably the Oscars, where their "No Country for Old Men" cleaned up in several categories including Best Picture in 2007.

"The Coens incarnate a certain 'auteur' filmmaking that is universal and with wide appeal, full of humor and totally original in their way of looking at the world," the director of the Cannes Film Festival, Thierry Fremaux, told AFP. Joel, 60, and Ethan, 57, take over running the Cannes jury from last year's president Jane Campion, the New Zealand director of "The Piano." The other members of the jury will be announced in mid-April, with the festival organizers fond of bringing in filmmakers and actors of note from different regions around the world. The Cannes Film Festival's official selection of movies competing for the Palme d'Or top prize is also usually an eclectic list. The line-up is usually announced the month before the festival opens. If the Coen brothers' filmography is anything to go by, judges will be looking for dark humor and offbeat characters or situations.

The duo have also increasingly been attracting Hollywood stars to their own films. George Clooney has already appeared in three of their movies - "O Brother, Where Art Thou?" "Intolerable Cruelty" and "Burn After Reading." Steve Buscemi, John Turturro, Jeff Bridges, John Goodman and Frances McDormand, who is married to Joel, have also worked regularly with the pair. Since exploding onto the scene in 1984 with their offbeat thriller "Blood Simple," the two have reeled off a dozen films, each notable for their distinctive quirky humor or macabre themes. The darlings of critics and film festivals, they have won more than 100 prizes together. They have been jointly nominated for 12 Academy Awards and one individual Oscar each. The siblings are known as the "two-headed director" within the movie world for their seamless ability to work alongside each other.