James Franco finds his most despicable character in ‘True Story’ 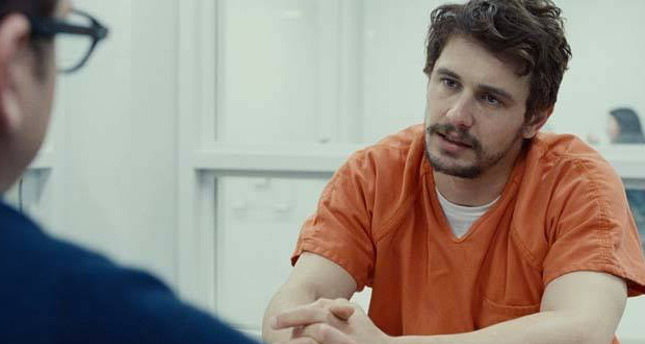 "He's probably the worst person that I've ever played, just because I have such a great family and there's just something so horrible about killing your kids. So I have very little connection to him," Franco told Reuters.

"True Story," which premiered at the Sundance Film Festival on Friday and will be released by Fox Searchlight in U.S. theaters on April 10, is based on the memoir of former New York Times journalist Mike Finkel, who formed a friendship with a murderer who used his name as an alias.

What unfolds is a complex relationship as Finkel, played by Jonah Hill, meets Franco's Longo, an Oregon man awaiting trial for brutally killing his wife and three children. The two men find common ground in writing but the dynamic wavers as each man struggles with his search for intellectual credibility. "I think it's to do with nemesis. I think it's a very male thing," said director Rupert Goold, who made his film debut with "True Story."

Goold, a British theater director, said much of "True Story" played out like Shakespeare's "Othello," a story of male friendship and betrayal.

To prepare, Franco watched tapes of Longo testifying at his 2003 trial, which he called "chilling," but he opted not to visit the convicted killer currently on Death Row. "There was no need to go and meet him, and I certainly didn't want to give him any attention or validation by doing that," he said.

Franco and Hill starred together in Seth Rogen and Evan Goldberg's raunchy 2013 apocalypse spoof, "This is the End," and Hill is well known for his comedic roles in films such as "The Wolf of Wall Street." But the duo spun a twist on their friendship to play out the drama of "True Story," which Franco said was essential for the movie to work. "You need the audience to, on some level, want to watch this budding friendship," Franco said. "Because Jonah and I do have a history, people do know us in a different, more comedic sphere, our relationship in this film had a little something extra because of that."