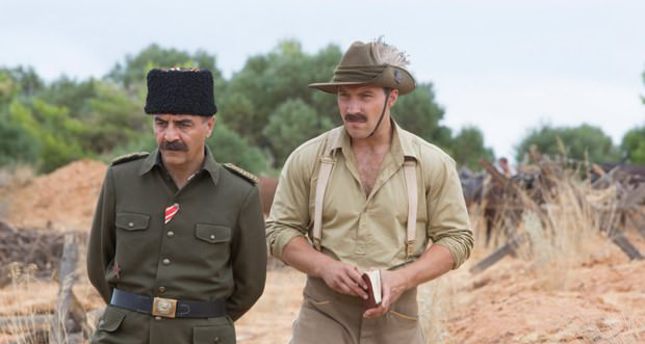 by Daily Sabah Jan 29, 2015 12:00 am
Turkish actor, writer and director Yılmaz Erdoğan was awarded Best Supporting Actor for his role in The Water Diviner on Thursday night at the Australian Academy Cinema Television Arts (AACTA) awards.

Erdoğan edged out Robert Pattinson for his role in 'The Rover', and Patrick Brammall and TJ Power (The Little Death) for best supporting actor at a star-studded awards ceremony at The Star Event Centre in Sydney.

"The Water Diviner," which was shot in Turkey in 2014, tells the story of a New Zealand father who searches for his two sons four years after they went missing in the Gallipoli war.