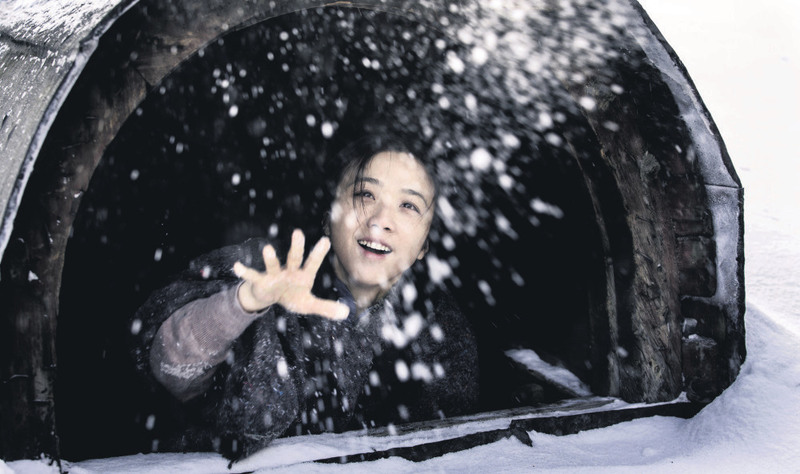 Organized by the Istanbul Foundation for Culture and Arts, the 34th edition of the Istanbul Film Festival will run from April 4 to April 19. Istanbulites will not be able to take their eyes off of the festival, which offers a variety of award-winning films from worldwide cinema, the latest productions of Turkish cinema, classics, masterpieces and the latest discoveries as well as parties and talks with directors and actors

The Istanbul Film Festival has been the leading film festival in Istanbul for the last 34 years. The festival will present a program enriched with the best films of 2014 and 2015, classic masterpieces and examples from the masters of cinema who pushed the boundaries of creativity. Apart from 204 films of 222 different directors from 62 countries, the event will host panel sessions featuring veteran directors, workshops and cinema lessons, free of charge. Moreover, the films that premiered at the 2015 Sundance and Berlin Film Festivals, sensational documentaries and children's films will be featured as well. Besides classic sections of the festival such as the Akbank Galas, Masters, From the World of Festivals, New Visions, Documentary Time with NTV, Mined Zone, Antidepressant, Kid's Menu and Midnight Madness, the festival will also host extra sections and special screenings this year.

New sections of the festivalBalkans: Cinema of Flames

This year, the Istanbul Film Festival devotes a section to the cinema of the Balkans. The section features the description of Kujtim Cashku who said, "The Balkans is the land of stories and storytellers," by Nuri Bilge Ceylan who described the section's contacts as containing "a certain type of character, a certain type of spirit, an essence." Taking its name from Professor Dina Iordanova's namesake novel "Balkans: Cinema of Flames," the section will present recent examples of Balkan cinema together, including a total of seven films from Bulgaria, Greece, Serbia, Montenegro, Slovenia, Albania, Croatia and the Republic of Macedonia.

This new section of the festival focuses on "Family Ties," which was described as "My family is my strength and my weakness," by actress Aishwarya Rai, referred to as "a risky venture" by actor Brad Pitt and deconstructed in each and every one of his films by director Michael Haneke. The family, which is one of the most blessed, criticized and exploited social institutions, will be studied, analyzed and questioned during the series. A total of 10 films will be screened as a part of this section.

Initiated by Istanbul Modern, which marks its 10th anniversary this year, the special screening project is dedicated to the centenary of Turkish cinema. Within the scope of the project, five directors or director duos chosen by Istanbul Modern shot a short film pertaining to cinema in Turkey. The short films, which contribute to the country's cinematic history from a contemporary point of view, and were shot with the support of the Istanbul Development Agency, will be screened under the title "Little Truths."

Organized in collaboration with the Istanbul Film Festival and the Goethe-Institut Istanbul, this section is dedicated to German animation cinema. The program, which is prepared by Annegret Richter, Head of the Animation Program of the International Leipzig Festival for Documentary and Animation Film, is composed of two different subsections as well.

The Films of Lisandro Alonso

All films of scriptwriter and director Lisandro Alonso, regarded as one of the most important representatives of new age Argentine cinema, will be screened at the festival for the first time in Turkey. The program, which is composed of Alonso's latest movie Jauja (2014) with Viggo Mortensen in the leading role, as well as his tetralogy La Libertad (2001), Los Muertos (2004), O Fantasma (2006) and Liverpool (2008), will offer a unique opportunity to cinema lovers to explore the enchanting and mysterious atmosphere typical in Alonso's movies, who combines the conventional techniques of fiction and documentary cinema.

Metin Erksan's "Revenge of the Snakes"

In collaboration with Groupama, the Istanbul Film Festival has reintroduced the masterpieces of Turkish cinema after comprehensive restoration works were undertaken over the past eight years. As a part of "Türk Klasikleri Yeniden" (Turkish Classics Revisited), Metin Erksan's acclaimed 1992 production "Yılanların Öcü" (Revenge of the Snakes) has been restored by Fanatik Film, will premiere on April 9 and be screened on April 12.

The Istanbul Film Festival continues to invite and bring together guest directors and actors this year. Presentations and Q&A sessions before and after screenings will welcome many renowned names of cinema, including:

Iranian director Bahman Ghobadi known for his films "Words with Gods," "A Time for Drunken Horses" and "Turtles Can Fly."

Lone Scherfig, the director of "Riot Club," who has proved her ability to work with star actors and present successful literary adaptations. Scherfig also directed the films "An Education" and "One Day."

The festival's "Masters Section" will present Elmar Back, the lead actor of Peter Greenways's "Eisenstein in Guanajuato."

Italian director Duccio Chiarini ("Short Skin"), who competed in the Generation section at the Berlin International Film Festival this year.

Norway-based Kurdish director Hisham Zaman ("Letter to the King") who has been awarded at several international festivals.

Ivano De Matteo, the director of "The Dinner," who won the award for the Best European Film in the Venice Days section of the Venice Film Festival as well as the Pasinetti Special Award

Severija Janusauskaite, the actress of "Star," which competed in the Golden Tulip International Film Competition.

Chiara D'Anna, the lead actress of "The Duke of Burgundy," which received positive reviews at the Toronto, Rotterdam and London Film Festivals. D'Anna also worked with the director Peter Strickland in the "Berberian Sound Studio," among many others.

The Istanbul Film Festival's competition's films will be introduced to viewers along with the jury during the second day of the festival. The winners will be announced at an award ceremony at the Lütfi Kırdar International Convention and Exhibition Center on April 18.

The festival's international competition will present 12 films either adapted from literary tales or with a focus on art and artists. To honor the memory of Şakir Eczacıbaşı, the competition will endow a 25,000 euro prize by the Eczacıbaşı Group to the winning filmmaker. Chaired by Rolf de Herr, the competition jury will feature director Bence Fliegauf, producer Cedomir Kolar, actress Melisa Sözen and writer-director George Ovashvili.

Eleven prestigious films that were completed in the 2014-2015 season will compete for the Golden Tulip award. Six films will make their world premieres during the competition, while three films will mark their debut in Turkey. The competition's jury will be headed by prominent director Zeki Demirbukuz along with actor Tansu Biçer, cinematographer Emre Erkmen, author Şebnem İşigüzel and the International Berlin Film Festival Panorama Section Selection Committee Member, TEDDY Award Founder, filmmaker and author, Wieland Speck. The best film in the national competition category will be awarded a TL 150, 000 ($56,887) prize, and the best director will receive a TL 50,000 prize. The best actress and actor will be awarded TL 10,000 each. The national competition jury will present awards in the categories of Best Screenplay, Best Cinematography, Best Editing and Best Music. Anadolu Efes will also give TL 60,000 to the winner of the Special Jury Award honoring Onat Kutlar.
Last Update: Mar 14, 2015 2:20 am
RELATED TOPICS