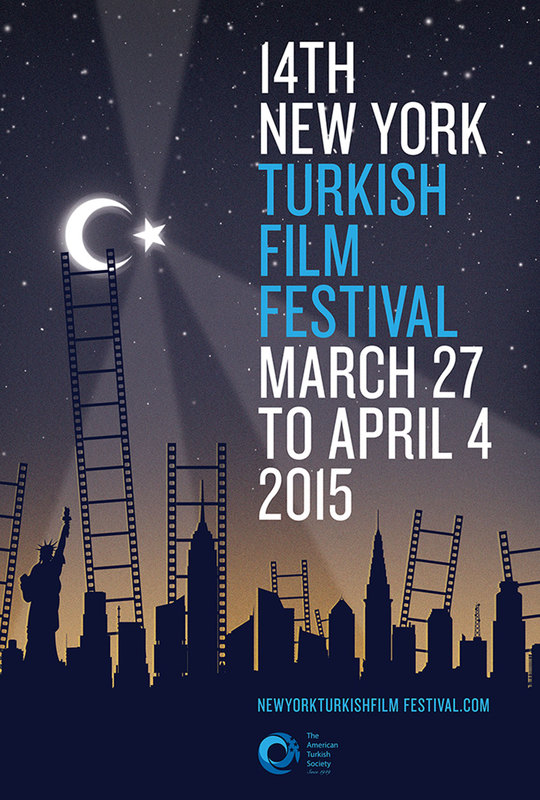 by Daily Sabah Mar 15, 2015 12:00 am
With longer days ahead and slightly better weather, many cities around the world are waking up to days full of exciting activities as in New York. The Moon and Stars Project by the Turkish American Society will present its 14th edition of the annual film festival, the longest running Turkish film program in the U.S. Scheduled to kick off on March 27, the event will bring together the productions of award-winning directors such as Erol Mintaş and Tayfun Pirselimoğlu. The festival schedules covers "Ben O Değilim" (I am not him) by Pirselimoğlu, "Annemin Şarkısı" (Song of My Mother) by Mintaş, "Silsile" (Consequences) Ozan Açıktan, "Köksüz" (Nobody's Home) by Deniz Akçay Katıksız, "Balık" (Fish) by Derviş Zaim, "Kumun Tadı" (Seaburners) by Melisa Önel, "Kusursuzlar" (Impeccables) by Ramin Matin and "Unutursam Fısılda" (Whisper if I Forget) by Çağan Irmak. "Song of My Mother" was the winner of the main award Heart of Sarajevo for the best feature film at the 20th Sarajevo Film Festival last year. Pirselimoğlu's "I Am Not Him" won the Best Screenplay award at the Rome Film Festival. Turkish Cypriot filmmaker Derviş Zaim also won awards at the Venice Film Festival and the Istanbul International Film Festival in previous years.

Following the film screenings, viewers will enjoy panel sessions with festival directors and actors. The festival will run until April 4 at the SVA Theater. Believing in the power of cinema to bridge cultures, the New York Turkish Film Festival has drawn over 10,000 viewers, screening over 300 inspiring films, including contemporary, early classic, documentary and short films by directors from Turkey, Turkish directors working abroad, and others. Last year, the festival was overseen by Nuri Bilge Ceylan, the winner of the Palme d'Or at Cannes for his epic "Winter's Sleep." The festival has ongoing collaborations with prestigious film centers such as IFC Films, Tribeca, the Film Society and MoMa. The American Turkish Society is the nation's oldest nonprofit organization aiming to enhance economic, diplomatic, and cultural bonds between Turkey and the U.S.
Last Update: Mar 15, 2015 11:42 pm
RELATED TOPICS