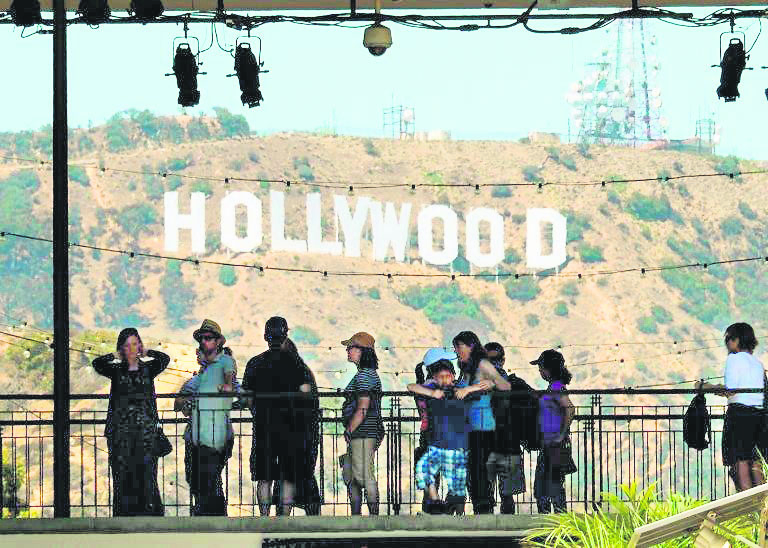 by Daily Sabah with AFP Apr 20, 2015 12:00 am
Feature film production in the Los Angeles area plunged 15.4% in the first quarter amid high industry taxes and few local government incentives, a report has found. In the first three months of 2015, there were just 926 Shoot Days (SD) compared to 1,094 for the same time frame a year earlier, the non-profit organization FilmLA said. The news is a touch more encouraging than the figure in the last quarter of 2014, when filming slid 28% - disastrous news for the capital of the U.S. entertainment industry. It has been over a decade that sunny California has been struggling from a problem it never imagined it could have: losing chunks of the entertainment industry and film industry. Just since 2006, production is off by 50%. In 2009, the state put in place some incentives which ended up favoring the TV industry; its filming was up 1.7% in the first quarter of this year. Meanwhile, production crews have headed to other U.S. states, to Canada and other countries where subsidies can be as high as 30%. "We are grateful for the increased production, especially in television, associated with the current tax credit," said FilmLA President Paul Audley. "We remain hopeful that the region will also see gains in the feature category" as new incentives are put in place. In Turkey, the General Directorate of Cinema offers incentives to feature film productions. Following the first 2015 meeting of the Cinema Support Committee in January, a decision was adopted to give TL 18.1 million ($672,437) to 35 feature-length fiction films. The committee assessed 159 film projects in three categories, including funds for post-production, feature-length fiction films and directors who shoot their debut films. In total, 49 film projects will be funded with TL 22.25 million this year. Since 2005, the General Directorate of Cinema funded almost TL 88 million to feature films. State incentives have led to a flourishing of the Turkish film industry. Illustrative of this is the fact that in 2005, the number of local productions was 27, while the number reached 108 last year. The Ministry of Culture and Tourism supported 31 percent of local productions.
Last Update: Apr 21, 2015 12:16 am
RELATED TOPICS