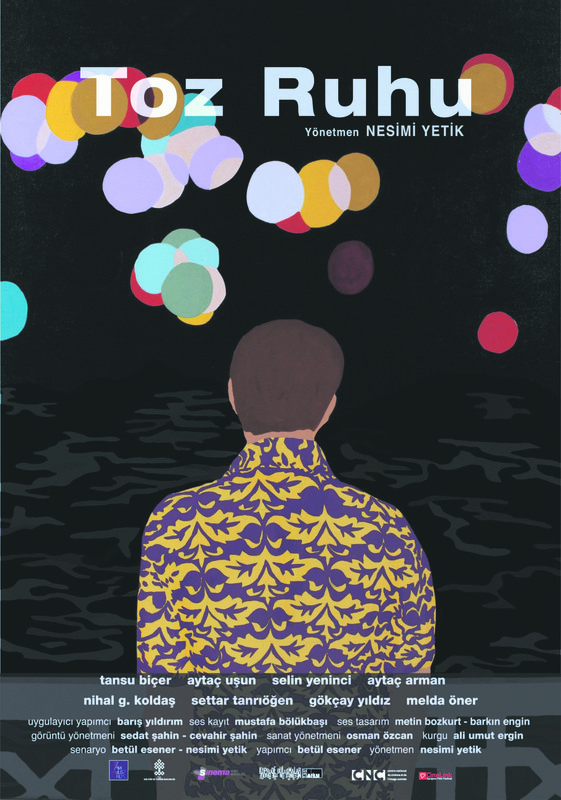 Nesimi Yetik's drama won awards at the 2014 Adana Golden Boll Film Festival in the categories of "Best Film," "Best Actor" and "Best Artistic Direction." The cast features Tansu Biçer, Aytaç Uşun and Aytaç Arman. Metin (Biçer) earns his living as a male cleaner, but has a special interest in arabesque music. The drama depicts the loneliness of a man and his relationship to the outside world.

This comedy tells the story of three young neighborhood boys going after their dream. Starring Mete Horozoğlu, Ezel Akay, Ozan Kotra and Fuat Güner, "Tehlikeyle Flört" (Flirting with Danger) is directed by Murat Şenöy. The three boys form a rock band named "Flirt" and try to find a way to release an album.

Starring Osman Keser, Yeliz Yeşil and Muammer Şahin, "Ezan" (Adhan, or Call to Prayer) is written and directed by Fuat Yılmaz. The protagonist, Ali, is kicked out due to his short-tempered and rebellious nature. He gets drunk in a bar and after he leaves, he hits a young girl with his car.

Written and directed by Lulu Wang, "Posthumous" is set in Berlin and features German actors Tom Schilling and Alexander Fehling. A painter loses his reputation due to a misunderstanding. Then, a reporter enters his life. The comedy-drama stars Jack Huston and Brit Marling in lead roles.

"Snow Queen 2" is an animated Russian production whose first sequence was released in 2013. The film shows how friendship and true love overcome all problems. It is dubbed by Erkan Taşdöğen, Figen Aksoy, Berrak Kuş and Funda Postacı.

'The Salt of the Earth'

Directed by Wim Wenders and Juliano Riberio Salgado, this documentary depicts the life of the Salgado Family and their relationship between a father and his son. World-renowned photographer Sebastiao Salgado has been travelling internationally for the last 40 years. Starring Win Wenders, Juliano Riberio Salgado and Sebastian Salgado, the documentary depicts international conflicts, starvation and mass exiles. As a part of big photography projects, Sebastian Salgado sets off to discover the beauties of our planet, wild life and flora and untouched territories.