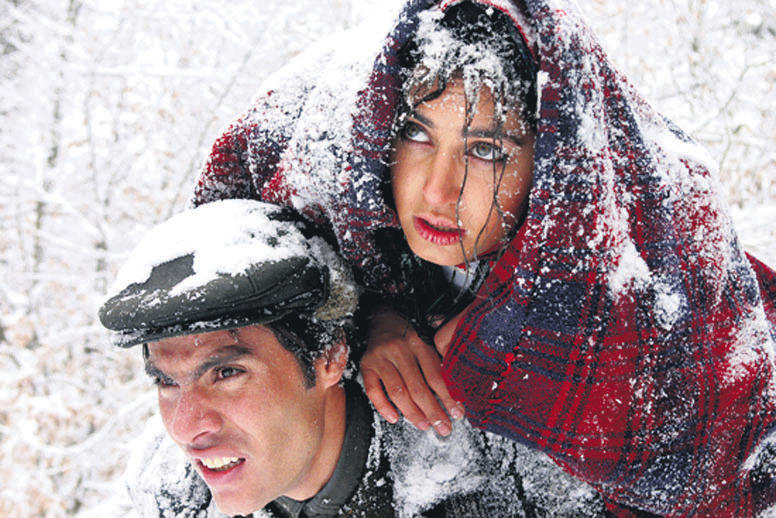 Cinema critic and writer İhsan Kabil traveled to Iran's capital city Tehran as a guest of the 33rd Fajr International Film Festival. Speaking to an Anadolu Agency correspondent, Kabil said Iranian cinema has many characteristics that can act as a model and stressed that cultural continuity is key to Iranian cinema's success. He also emphasized that Iran has proven itself in the cinema industry and created a unique aesthetic language.

Highlighting that Iran underwent a pre-Islamic period, a long Islamic period and a modernization and westernization process just like the one in Turkey before the Islamic Revolution, Kabil said, "There is cultural continuity. They use the same alphabet. Iranian cinema features its own poetry, literature, painting, miniatures, music and drama. When we look at the imagery of Iranian cinema, the traces of its cultural background are visible." He added that the artists of Iranian cinema absorb this culture and each one of them is an intellectual.

Kabil underscored that there was an interruption in Turkey in art and culture, specifically in cinema: "We are closing these gaps slowly. We have experienced cultural breaks since the Tanzimat period and made sharp chances with the declaration of the Republic. In a sense, we put the past aside and neglected it. After a time they become refutations; however, new bridges are being built and cultural richness and roots are being rediscovered. I believe that as we feed off that richness, we will be able to express this new language in a more constructive way."

Kabil has been following Iranian cinema closely for many years, and reinforced that Iranian cinema is more artistic but is not divorced from both the social and individual. "It blends the two very well and gets the dosage right," he said, adding this feature of Islamic cinema is something that world cinema can use as an example and analyze. Underscoring that these aspects of Iranian cinema set an important example within the Islamic world, he said, "It is more dignified and develops with more maturity and fewer actors, which is more akin to French cinema." He stressed that Iranian cinema brings the audience closer to the inner world of the character, including thought processes, sorrow, vulnerability, pain, thoughts about the future and enthusiasm.

Kabil sided with the opinion that suggests there are some similarities between Turkish and Iranian films, as interaction is inevitable since the cultures are close to each other. "Maybe some Iranian directors were influenced by examples of Turkish cinema. I think there is nothing odd about it because art is a common language and it is a place where people interact with each other," Kabil said. He characterized this interaction as a rich process, and said Turkish and Iranian societies share a common feeling and viewpoint about the world, life and even the afterlife. "Thus, this common vision might manifest itself through works of art," he said. Kabil reiterated that new ground will be broken this year at the 33rd Fajr International Film Festival. "It seems that the Fajr International Film Festival will concentrate on cinema of the region, such as Central Asia, the Middle East, Far East, Caucasus and the Balkans. This year, the film festival chose Turkey to star in the section featuring films from the region. "Turkey is a shining star. Nearly 100 films are being shot in Turkey each year, and this is a fact that cannot be overlooked," Kabil stressed. He also expressed his belief that Iran chose Turkey to star in this section of the film festival to help propel Turkey's breakthrough internationally.

Stressing that the festival offers an important opportunity for both countries in terms of cultural contact and convergence, he said many filmmakers, directors, producers, academics and writers have been invited to the festival. "Turkish and Iranian academics and directors held joint panel sessions and had a chance to discuss Iranian and Turkish cinema at length. This is important, for we need to get close to each other. I believe that cultural intimacy is as important as economic and political intimacy, if not even more important," Kabil concluded.
Last Update: May 04, 2015 1:22 am
RELATED TOPICS