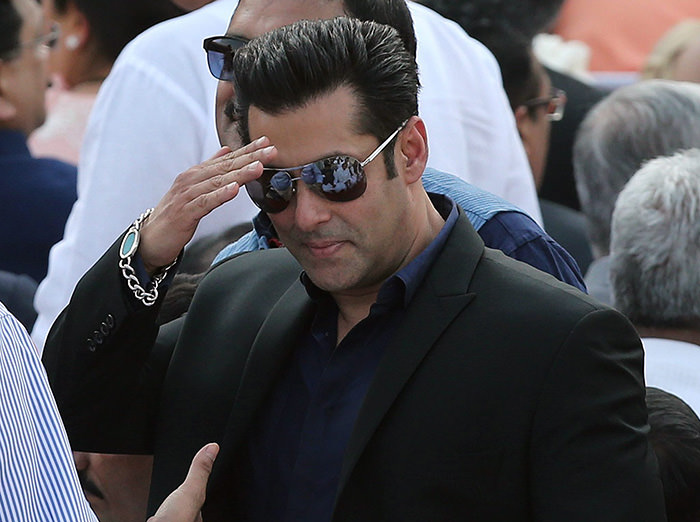 |EPA Photo
by May 06, 2015 12:00 am
Bollywood superstar Salman Khan has been sentenced to five years in prison on Wednesday for driving over five people sleeping on the pavement in 2002, lawyers said.

Khan, 49, was found guilty of culpable homicide by a local court in India's financial hub of Mumbai.

Khan was arrested and later released on bail after his Toyota Land Cruiser rammed into a bakery in Mumbai, killing one homeless person and injuring four others who were sleeping outside.

Khan, one of the Indian film industry's most popular stars, denied that he was driving the vehicle on the night of the incident.

Judge DW Deshpande ruled on Wednesday that the evidence showed Khan was driving, and was under the influence of alcohol.

Khan broke down in court as the sentence was read out, NDTV news channel reported.

"Justice has been done, the law has been upheld," said Abha Singh, a lawyer and social activist who was present in court.

"This verdict shows that if you have money and power you still cannot get away with it."

Khan was taken into custody and will undergo some health check-ups before being taken to jail, NDTV reported citing police.

The defence was expected to approach the high court for bail, but lawyers said that with the court closed on Friday, Khan may have to spend at least three days in jail.

The defence is also expected to challenge the verdict in the high court.

The popular film star was initially charged with homicide, but the charge was downgraded to negligent driving. The court reinstated the original charge in 2013 ordered a retrial.

Witnesses including one of Khan's bodyguards said the film star had been driving the car.

The muscular Khan has a bad-boy image and has been involved in other criminal cases. In 2006, he was sentenced to five years in prison for hunting an endangered species of deer, but was released on bail after only three days in jail.