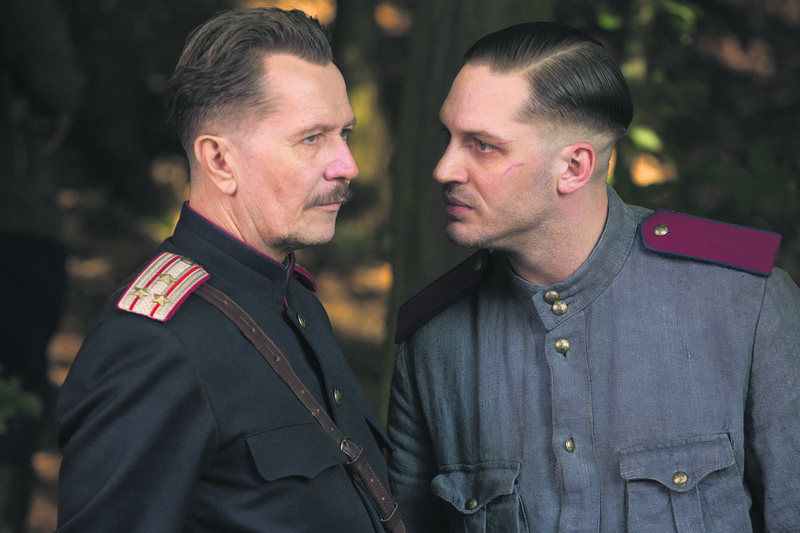 Based on the namesake best-selling novel of British author Tom Rob Smith, the drama-thriller is directed by Daniel Espinosa. The film cast features Tom Hardy, Noomi Rapace, Gary Oldman, Vincent Cassel and Jason Clarke. Set in the Stalin-era Soviet Union, a state agent is assigned to investigate a series of nasty child murders. Seen as a disgraced member of the military police, the agent finds out that a senior political party leader is involved in the murders.

Starring Joaquin Phoenix, Josh Brolin, Owen Wilson and Reese Witherspoon, "Inherent Vice" is directed by Paul Thomas Anderson. Anderson's seventh film reveals the inner world of a drug-addicted Los Angeles detective living in the 1970s, who sets off on a journey to find his former girlfriend.

The American horror film depicts the story of a young woman who is followed by an unknown supernatural force after a sexual encounter and tries to escape it. Directed by Robert Mitchell, the film stars Maika Monroe, Keir Gilchrist, Daniel Zovatto, Jake Weary, Charlotte Phillips, Loren Bass and Olivia Luccardi.

The Duke of Burgundy

The drama centers on a woman who devotes her life to studying butterflies and wants to test the limits of her relationship with her maid. Starring Sidse Babett Knudsen, Chiara D'Anna, Fatma Mohamed and Eugenia Caruso, the film is directed by Peter Strickland.

Directed by Wang Yunfei, "Yugo and Lala" is a Chinese animated family adventure that was released in 2014. The sequel of the animation series presents a fantastic adventure of a brave 10-year-old girl named Yugo who goes on a journey in the world of animals. It is dubbed by La Kui and Liu Lu, and the story is also written by Wang Yunfei.

Written by Ben Ripley, "Boychoir" is directed by François Girard and stars Academy Award-winning actors Dustin Hoffman and Kathy Bates along with Eddie Izzard, Debra Winger and Garret Wareing. Stet is an 11-year-old orphan from a Texas town who, upon the death of his mother, finds himself at the Boy Choir. The choirmaster realizes his unique talents and encourages him to discover his musical creativity. The drama presents the struggle between a bad-tempered teacher and a rebellious student.

The horror film, whose cast includes Maria Bello, Frank Grillo, Cody Horn, Dustin Milligan, Scott Mechlowicz and Aaron Yoo, begins with a violent slaughter of six university students in an abandoned house in Louisiana. Detective Mark Lewis (Fran Grillo) finds one of the students, John (Dustin Milligan), who miraculously survived. Psychologist Elizabeth Klein (Maria Bello) arrives at the crime scene and talks with John, where she learns about the horrific incidents between the students and demonic souls. The film was produced by James Wan, who is known for such films as "The Fast and Furious," "Saw," "The Conjuring" and "The Conjuring 2," and is considered a modern master director of horror cinema.
Last Update: May 08, 2015 11:18 pm
RELATED TOPICS