Representation of Rural Culture in Turkey and Germany 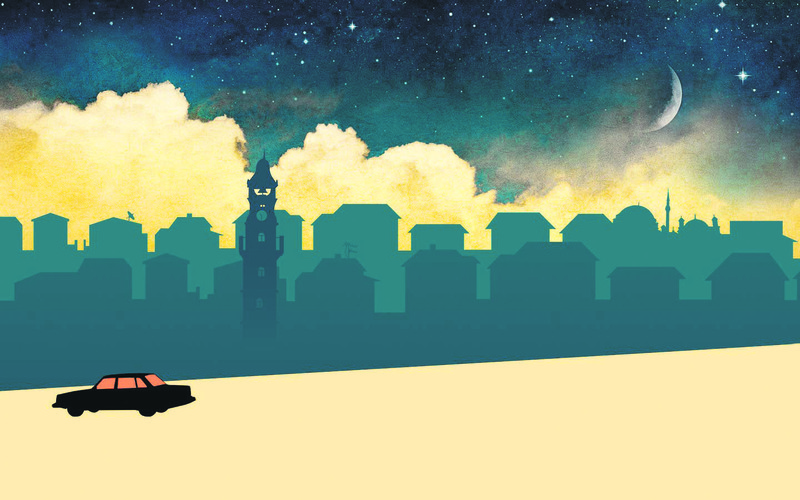 Authors are well aware of how urban culture has found a place in literary works and film scripts without being noticed. "Literature is set in metropolitan cities," said German author Norbert Scheuer in his evening talk on the literary and cinematic representation of rural life. Within the program of the Istanbul Tanpınar Literature Festival, the 64-year-old author shared the floor with renowned scriptwriter and author Tarık Tufan. Scheuer looked somewhat critical of why it was once hard to publish a book on rural life. The word "rural" (laendlich) recalls the concept of "motherland" in German language however it turned out a degenerated term after the rise of National Socialism. Indeed, the Nazi ideology of "Blut und Boden" (Blood and Soil) put significant importance on rural community, once an essential vehicle that popularized Nazism. The perception toward rural life began to change with Edgar Reitz's film series "Heimat" (Motherland), Scheuer went on to say. Known in Turkey with his book "Über Rauschen," he is among a handful of early writers whose works dug into Germany's rural geography and people.

It is surprising to see that Turkish cinema and literature also embarked on a quest to discover rural areas. Written by Tarık Tufan, "Yozgat Blues," the winner of the "Best Script Award" at the 2013 International Golden Boll Film Festival, illustrates an escape to a small Anatolian city. The drama centers on Yavuz and Neşe who come to Yozgat, a small Anatolian province, from Istanbul to earn a living. They run into a barber named Sabri, who will help them there. Compared to hectic urban cities under the influence of modern inventions, Yozgat offers a slow life with its careless residents. Tufan's experiences lead him to suggest that "rurality does not refer to a place any more, but a social attitude and state of mind." He said the novels and films set in the early Republican era depicted rural towns as places in neglect and where transformation is needed with the help of intellectuals.

During the talk, editor Mesut Varlık, also the panel's moderator said a group of promising Turkish authors from rural towns came to large cities like Istanbul after the Sept. 12 coup d'etat. "However, they were left alone. When they knocked the door, they found offended intellectuals," he said. At that time, the intellectual community had fallen to pieces, Varlık continued. "They were either in exile, prison or staying behind closed doors," he said, underlining the period was a breaking point in literature.

Although affected by different social and political factors over time, both German and Turkish literature and cinema introduced two protagonist types - those who live in rural towns and want to escape and the others fed up with the unsafe, isolating and wearying modern city, seeking happiness in towns.

The rural-urban opposition manifests itself in modernist author Yusuf Atılgan's "Anayurt Oteli" (Anayurt Hotel), Ayfer Tunç's "Dünya Ağrısı" (The Pain of the World) and Nuri Bilge Ceylan's films like "Mayıs Sıkıntısı" (Clouds of May), "Uzak" (Distant) and "Kasaba" (Town). Ceylan's Palme d'Or winning film "Kış Uykusu" (Winter Sleep) also reflects the tension between the rural and urban. Likewise, Scheuer who grew up in the small district of Eifelkreis, concentrates on rural family life in his pieces.

Honoring late modern novelist Ahmet Hamdi Tanpınar, the Istanbul Tanpınar Literature Festival gathered a line-up from European and the Middle East countries between May 4 and May 8. Revolving around the theme "Şehir ve Sınırlar" (City and Frontiers), the four-day event covered interesting discussion topics during various talks at the Atatürk Library, KargArt and Sismanoglio Megaro. Organized with the support of the Ministry of Culture and Tourism, the Istanbul Metropolitan Municipality and the Yunus Emre Institute, the festival hosted 30 foreign authors from 26 countries.
Last Update: May 10, 2015 11:25 pm
RELATED TOPICS