Animation gets Inside our heads 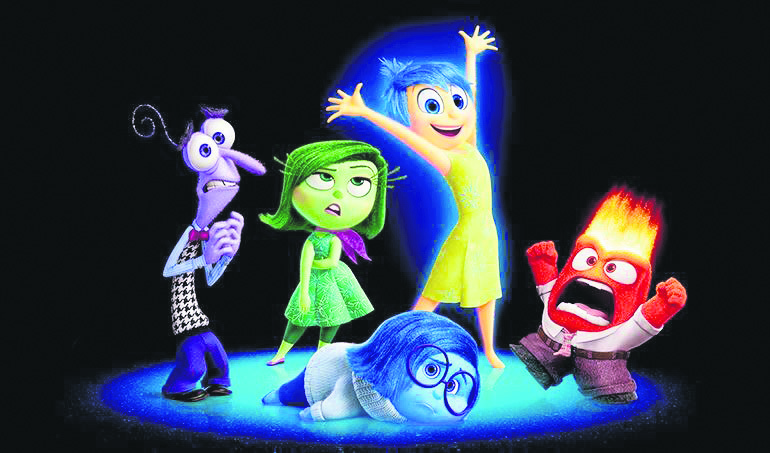 by May 18, 2015 12:00 am
Pixar went into the toy box with "Toy Story," underwater with "Finding Nemo" and now it is getting inside our heads with its latest, "Inside Out." The U.S. animation studio, now part of Disney's empire, on Monday was showcasing its latest cartoon feature at the Cannes Film Festival ahead of a worldwide June rollout expected to do big family box-office business.

The film delves into the imagination - literally - by portraying human emotions of joy, anger, disgust and sadness as distinct characters, who sit at the control panel in the mind "headquarters" of a young girl, Riley. Her mindscape also features "cities" representing her main personality traits and a maze-like memory bank.

Director Pete Docter, famous for the Pixar hits "Up" and "Monsters, Inc.," said the anthropomorphic approach came from watching his own 11-year-old daughter Elizabeth and wondering what was going on inside her head. "Emotions are not really little people running around in your head - I hope that doesn't spoil anything for anybody. But [they are] in the film, and that's a fairly good way of thinking about it," he told AFP in an interview.

Producer Jonas Rivera added that the team thought, "We like to make movies that have emotion, why not make one about emotions, right?" The English-language version of the picture features the voices of "Parks and Recreation" star Amy Poehler, "Twin Peaks" actor Kyle MacLachlan and the ever-adaptable Hollywood actress Diane Lane.
Last Update: May 18, 2015 11:13 pm
RELATED TOPICS