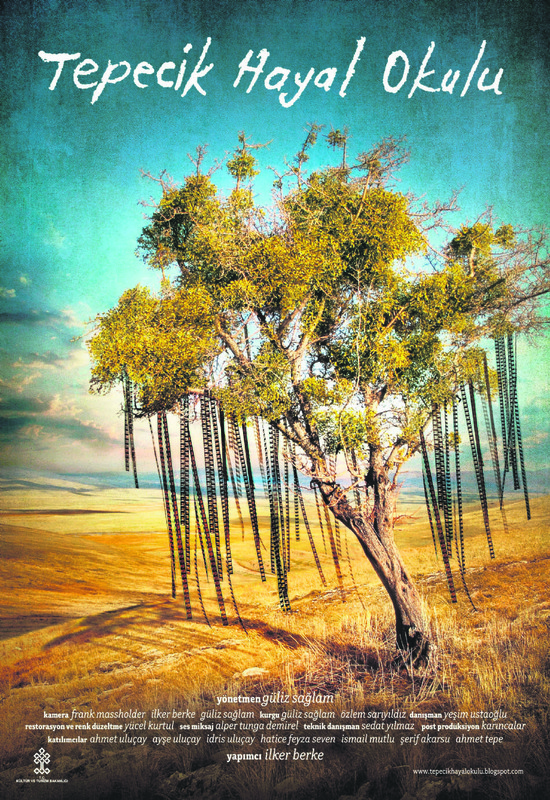 Directed by Güliz Sağlam, the documentary film "Tepecik Hayal Okulu" focuses on Ahmet Uluçay, who is known for his short-film projects and his only feature-length film "Karpuz Kabuğundan Gemiler Yapmak" (Boats Out of Watermelon Rinds). The film aims to mirror Uluçay's life through his village, childhood, dreams and passion for cinema.

Starring Academy Award winner George Clooney, Hugh Laurie, Britt Robertson and Raffey Cassidy, "Tomorrowland" is directed by Brad Bird. The film promises the audience a journey full of nonstop adventures in a different dimension. Written by Damon Lindelof, one of the scriptwriters of the phenomenal TV series "Lost," and Brad Bird, the film is adapted to the screen from the namesake story written by Lindelof, Bird and Jeff Jensen.

The directorial debut of Ryan Gosling, "Lost River" stars Eva Mendes, Christina Hendricks, Saoirse Ronan, Lain De Caestecker and Matt Smith. The fantasy-neo-noir film focuses on the American mortgage crisis through a surreal narration. The film, which was screened as a part of the Un Certain Regard section at the 2014 Cannes Film Festival, was also featured at the Istanbul Film Festival.

Starring Academy Award nominees Liam Neeson and Ed Harris as well as Joel Kinnaman and Vincent D'Onofrio, "Run All Night" aims to draw action lovers to the theaters. Directed by Jaume Collet-Serra, the film is about mobster and hit man Jimmy Conlon who has to make a choice between his crime family and his real family, which he abandoned long ago.

Set in southwestern Russia during the time of the Soviet Union, the film stars John Malkovich, Arnas Fedaravicius, Vilius Tumalavicius, Eleanor Tomlinson, Jonas Trukanas, Vitalij Porshnev, Peter Storare, Arnas Sliesoraitis, Pijus Grude and Ernestas Markevicius. Adapted from Nicolai Lilin's namesake novel, the film is directed by Italian director Gabriele Salvatore. The drama is based on a memoir about growing up as a member of the Urka community in the small republic of Transnistria.

Co-directed by Simon Helberg and his wife Jocelyn Towne, the film stars Helberg, Melanie Lynskey, Zachary Quinto and Geoffrey Cantor. Helberg, who is a comedian and the film's leading actor as well as writer, wrote the film after he was inspired by his relationship with Towne and the taboos between them.

This week's horror film "Poltergeist" is directed by Gil Kenan and stars Sam Rockwell, Rosemarie DeWitt, Jared Harris and Nicholas Braun. The reboot of the '80s classic horror film, "Poltergeist" is about demonic powers that haunt a family living in the countryside.
Last Update: May 22, 2015 10:31 pm
RELATED TOPICS