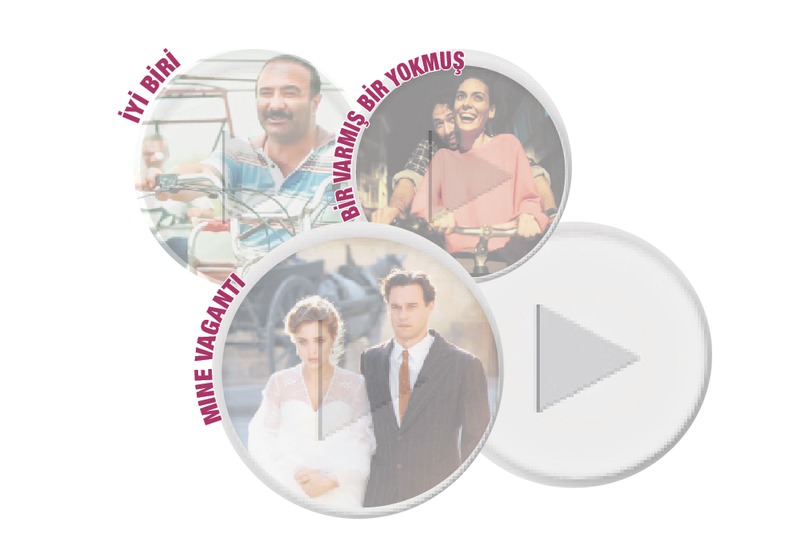 Aimed at bringing Dutch and Turkish film lovers together, the Red Tulip Film Festival kicked off at Lantaren Venster Halls in Rotterdam on May 31. The festival will present prestigious films of the year and social events until June 6

The Red Tulip Film Festival was initiated under the guidance of the Netherlands-Turkey Cultural Foundation in order to strengthen the cultural bond between Turkey and the Netherlands through cinema and promote Turkey via its tourism, social relationships and history. Organized for the first time in 2013, the Red Tulip Festival has become one of the most important Turkish festivals held in Europe in terms of the films that are screened, its jury and the festival events. Regarded as a significant opportunity to promote Turkey, the festival coordinators plan to turn it into a visual arts festival and attract more cinema lovers every year.

The Red Tulip Film Festival, which welcomed cinema lovers with concerts by Hüsnü Şenlendirici and Ferhat Göçer at De Doelen Hall on May 29, officially commenced at the Rotterdam Cultural Center with an opening ceremony hosted by Janset Paçal and Sipke Jan Bousema. During the ceremony, veteran Turkish actress Filiz Akın was presented with a Lifetime Achievement Award by Turkey's ambassador to The Hague, Sadık Arslan. Saying that she takes particular interest in young directors and actors, Akın wished all young filmmakers success and thanked the festival organizers for the award. The opening ceremony continued with the screening of director İlksen Başarır's film "Bir Varmış Bir Yokmuş" (Once Upon a Time).

Speaking at the ceremony, Mehmet Emin Alkanlar, the chairman of the board of the Netherlands-Turkey Cultural Foundation, expressed his appreciation that the festival has become a recurring and popular annual event in the Netherlands and for the interest generated by the film screenings. "Our intention with this festival is to establish an internationally prestigious film festival that has an effect on the public and introduces young Turkish directors while supporting creativity. We want to pave the way for new screening venues and create a new gathering address for co-productions," Alkanlar said. He added they are glad to see the prestigious organization, which creates a platform for Turks living in the Netherlands to express themselves and bring Turks and the Dutch together, has been quickly embraced. Following his speech, he thanked the supporters of the festival, especially the Culture and Tourism Ministry and the Royal Family of the Netherlands, as well as all the guests that attended the festival. "We believe the festival, which is a sustainable project that will reach many more people in the future, is an important step for Turkish cinema to gain a place in the international market," Alkanlar concluded.

Arslan also spoke at the opening ceremony and wished the festival's organizers good luck, while Jan Krijin, the owner of Lantaren Venster, said he is glad that the organizers chose his venue to host the festival.

As a part of the masterclass events that will take place within the festival program, "Mine Vaganti" (Loose Cannons) - directed by one of the most important figures of Turkish cinema, Ferzan Özpetek - will be screened, along with "Allacciate le Cincture" (Fasten Your Seatbelts) and "La Finestra di Fronte" (Facing Windows). At the closing ceremony, Özpetek will also receive the Red Tulip Respect Master's Award.

The films competing for the Best Film and Best Director awards include Murat Düzgünoğlu's "Neden Tarkovski Olamıyorum" (Why I Cannot Be Tarkovski), Usta Ayhan Sonyürek's "İyi Biri" (Someone Good), Çiğdem Vitrine's "Fakat Müzeyyen Bu Derin Bir Tutku" (But Müzeyyen, That's the Deepest Desire), Onur Ünlü's "İtirazım Var" (I Have an Objection), Faruk Hacıhafızoğlu's "Kar Korsanları" (Snow Pirates), Kaan Müjdeci's "Sivas" and Can Erzincan's "Yeni Dünya" (New World). The winners will be chosen by a jury led by Derviş Zaim, and they will be presented their awards during the closing ceremony that will take place at the Het Eye Cinema Center in Amsterdam. Moreover, this year, the winner of the Audience Special Award will be chosen by the festival's audience, and the Cinema Writers Award winner will be chosen by the cinema writers themselves.
Last Update: Jun 02, 2015 11:53 pm
RELATED TOPICS