Legendary actor Christopher Lee, 'Saruman' of Lord of the Rings, dies at 93 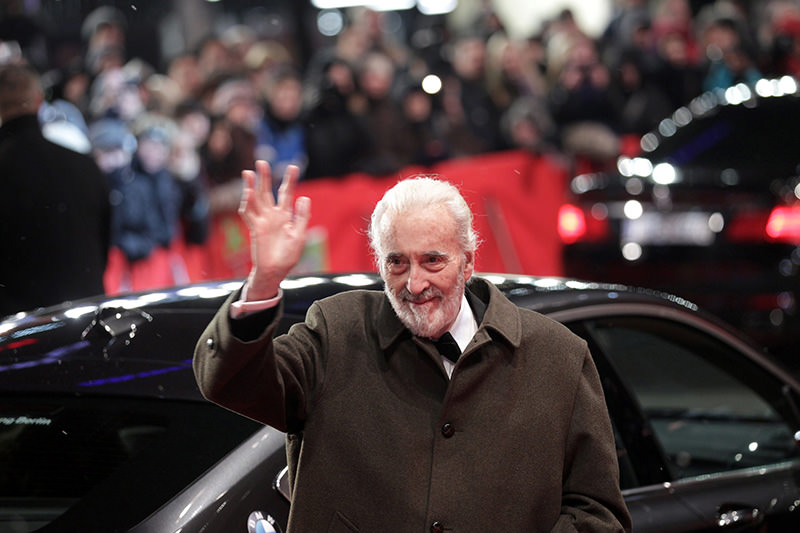 | EPA Photo
by Daily Sabah with Agencies Jun 11, 2015 12:00 am
British screen icon Sir Christopher Lee, who appeared in hundreds of movies including the Lord of the Rings and Star Wars, has died at the age of 93, sources close to his family said.

According to the Telegraph, the veteran actor died on Sunday in London where he had been treated for heart failure over the last few weeks before he succumbed to his illnesses, but the public announcement of his death came on Wednesday, since Lady Lee reportedly wanted to delay the announcement until she informed close family members.

The actor first achieved fame as a Hammer Horror star in the 1950s, but the last 15 years of his career were among the most fruitful.

The new generation got to know him through his roles as a star of some of the world's biggest franchises: Count Dooku in the Star Wars films, Saruman in The Lord of the Rings and The Hobbit.

He had a sucessful partnership with Tim Burton in films including Alice in Wonderland and Sleepy Hollow.
Last Update: Jun 11, 2015 4:07 pm
RELATED TOPICS