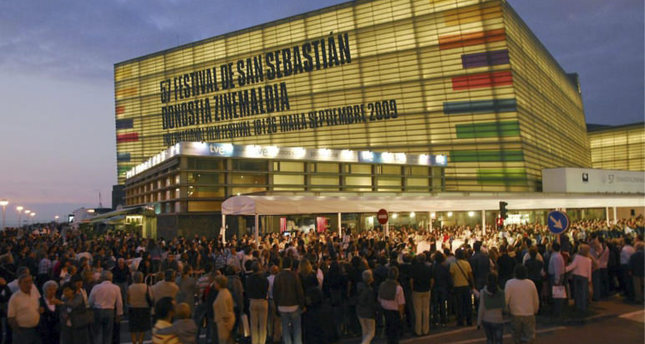 The program director of San Sebastian Film Festival, one of the most prominent cinema events in the world, will visit Istanbul between June 30 and July 3 under the auspices of the "Festivals Meet in Istanbul 2015" organization by the Film Producers' Association of Turkey.

The applicant films will be seen by the festival director and a preliminary elimination will be carried out. Besides, the directors and producers whose films are on the application list will have the chance to meet the festival director. Application to the festival is free-of-charge. San Sebastian Film Festival will be held from Sept. 18-26 this year. As part of the "Festivals Meet in Turkey" project, which aims to increase the visibility of Turkish cinema in prominent international festivals and film markets, Kaan Müjdeci's film entitled "Sivas" was chosen for the Venice Film Festival, while Emine Emel Balcı's film titled "Until I Lose My Breath" and Faruk Hacıhafızoğlu's "Snow Pirates" were chosen for the Berlin Film Festival. Within the scope of the project, executives from the Toronto, Berlin, Rotterdam and Sundance film festivals will come to Turkey throughout 2015.