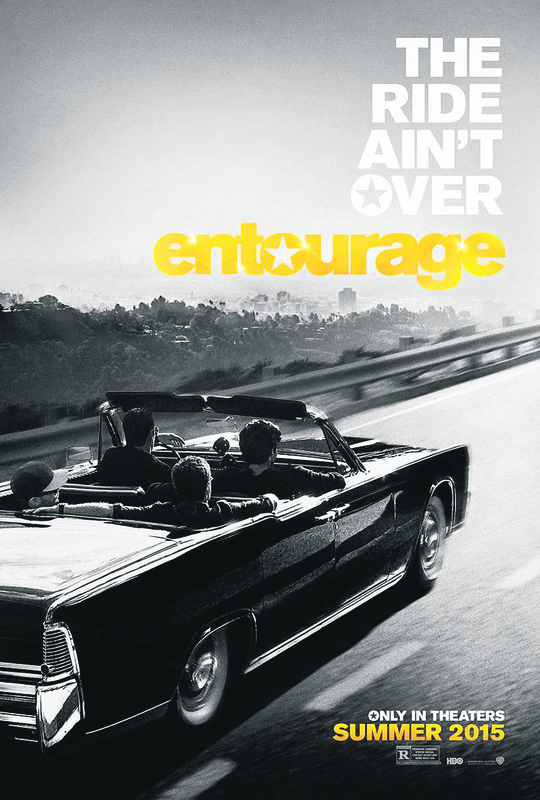 The movie is adapted from the "Entourage" TV series about the world of Vincent Chase, a famous actor. The movie reflects the unknown side of Hollywood - funny, interesting but dangerous at the same time. Chase experiences all the extraordinary things that a Hollywood star can experience. His crew Eric, Turtle, Johnny and his producer Ari Gold start a risky project. The movie was directed by Doug Ellin and features Kevin Connolly, Adrien Grenier, Kevin Dillon and Jerry Ferrera.

Welcome to the Punch

Starring Gerard Lanvin, Joey Starr, Alice Taglioni and Ymanol Perset and directed by Fabrice Du Welz, the movie depicts the power struggle and the dark side of the French Police Department.

Vincent is a good shooter. He is a weapon master and against

The movie was directed by Jalmari Helander and stars Samuel L. Jackson, Onni Tommila, Ray Stevenson and Turkish actor Mehmet Kurtuluş. The scenario is adapted from the famous novel "Big Game" written by Dan Smith. A plane carrying the U.S. president crashes into a Finnish forest and the president stays alive with the help of a young boy.

Directed by Kriv Stenders, the film features Sullivan Stapleton, Alice Braga, Teresa Palmer and Callan Mulvey. The movie is a black humor mixed with love, murder and infidelity. Charlie Wolfe, the main character, is a crafty assassin. Charlie notices that he is not the only one who chases the tempting woman named Alice Taylor. Charlie finds himself at the center of three different murders, blackmailing, infidelity and chaos.

The film was directed by Kristan Levring and Levring and Andres Thomas Jensen wrote the screenplay. The movie has a strong display and aims to be an example of Western. It reflects the United States in the 1870s and features Mads Mikkelsen, Eva Green, Eric Cantona and Jeffrey Dean Morgan. It is a drama and is about an immigrant who kills the murderer of his parents and takes revenge.

A Royal Night Out