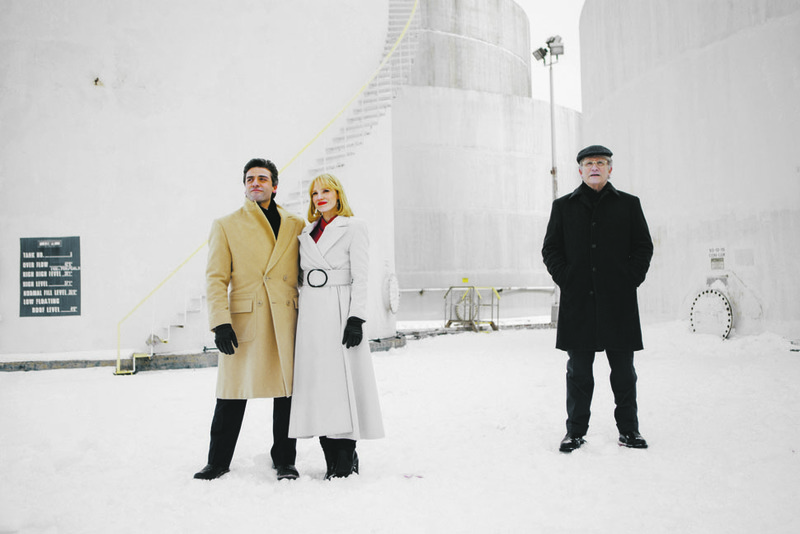 A Most Violent Year

Written and directed by J.C. Chandor, the film stars Oscar Isaac, Jessica Chastain, David Oyelowo and Alessandro Nivola. The crime drama, which is set in New York focuses on the life of a migrant family. The film tells the story of the Morales family as they struggle to maintain their business empire during 1981 in New York City, which is the city's most crime ridden year. The film is about Abel, an immigrant, who started his own oil business from the ground. When business and personal problems begin to surface, the police department begins to dig into his empire; setting off many operations that threaten to destroy the life he worked so hard to build.

The movie, in which Michael Douglas and Jeremy Irvine star as the leading actors, is a candidate to appeal to thriller lovers. In addition to Douglas and Irvine, Hanna Mangan Lawrence and Ronny Cox also star in the movie. Directed by Jean Baptiste Leonetti, the movie's motto is "Fight till the end when it is impossible to escape." The film focuses on the story of a young tour guide, who provides guidance service to people wanting to hunt in deserts, along with his dead-end situation, and struggle to escape after witnessing a murder. In the movie, an old rich businessman who likes to hunt pays a young scout to help him find some big game out in the desert. However, things get out of control and the two get involved in a conflict that cannot end well for both sides.

Starring Nina Hoss and Ronald Zehrfeld, the film is directed by Christian Petzold. This drama movie is about the story of a woman who survives the concentration camps after the Second World War with many wounds that makes her almost unrecognizable. After a series of experiments, she has to learn how to live with a new face and face her husband. In Berlin, accompanied by her faithful friend Lene, Ninahas has only one thing in mind, finding Johnny, her musician husband in the ruins of the city.

Ryan Reynolds and Ben Kingsley star, as the leading actors in Tarsem Singh's latest science fiction movie "Selfless", which focuses on a wealthy man who does not want to die. After an advanced and secret surgery, the old man wakes up in body of a healthy young man.

Directed by Seth MacFarlane, "Ted 2" stars Mark Wahlberg, Amanda Seyfried, Morgan Freeman and Jessica Barth. The sequel of the 2012 film, "Ted 2" is centered upon the legal struggle of a talking teddy bear who sues the government so he gets recognized as a human being and to obtain human rights such as marriage and a driver's license, along with his wife and close friend.
Last Update: Jul 10, 2015 10:05 pm
RELATED TOPICS