Gyllenhaal finds ‘most adult' role in complexities of ‘Southpaw' 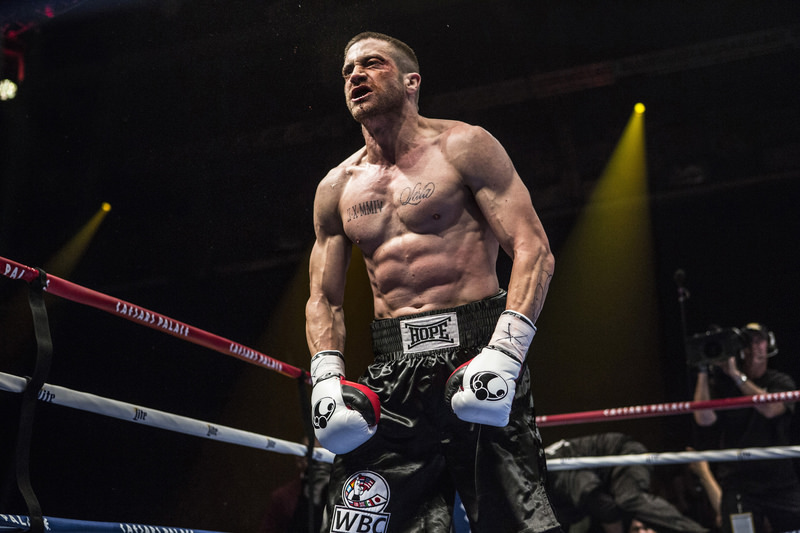 by Piya Sinha-Roy Jul 27, 2015 12:00 am
Jake Gyllenhaal has had a penchant for the dark side in recent years, playing tormented and sometimes sociopath characters on the fringe, but the actor found himself playing the "most adult and most evolved" role to date as a professional boxer.

In "Southpaw," out in U.S. theaters on Friday, Gyllenhaal plays Billy Hope, a New York orphan who becomes a rags-to-riches boxing success, then spirals back into poverty and is unable to care for his young daughter after the sudden death of his wife Maureen (Rachel McAdams).

"I don't know if he believes in himself as much as he pretends to believe in himself," Gyllenhaal told Reuters. "Spending the money he's been given and holding onto things and believing that he earns them and deserves them, all of those things are quick to go."

Directed by Antoine Fuqua, "Southpaw" follows Billy as he mentally falls apart and struggles to pull himself out of a severe slump as his pre-teen daughter (played by Oona Laurence) disconnects with him. The Weinstein Co film also delves into the glamorous but fickle world of professional boxing. Billy's trusted circle quickly dissipates as his world crumbles, his manager Jordan (50 Cent) jumping ship early when Billy refuses to fight in a match. "Jordan is someone who loves Billy Hope, it's just, how can you not understand that we have to do this? You have to fight," rapper 50 Cent said.

To play Billy, Gyllenhaal honed his physicality into that of a boxer's, which he called "hard physical work," and attributed the challenge to mental training as well.

"You would train your body to be in that place where your mind is telling you to go," he said. Last year, Gyllenhaal won praise for playing a ruthlessly ambitious crime-scene reporter in "Nightcrawler," a role that he starved himself for to capture a character on edge.

With Billy Hope, a role for which the actor is already getting early awards buzz, he said he tapped into both the compassion and conflict of the character.

"Billy is all heart," he said. "He's committed deeply and loves deeply his family, but he has this rage and this anger that has brought him great success but ends up destroying all the success he's gathered because of it, so he's confused."
Last Update: Jul 27, 2015 9:17 pm
RELATED TOPICS