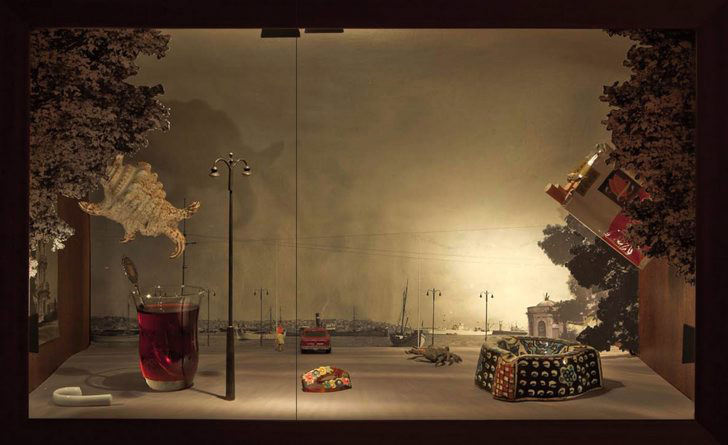 by Daily Sabah Jul 27, 2015 12:00 am
The film "Innocence of Memories," directed by British documentary director Grant Gee and inspired by Orhan Pamuk's Museum of Innocence, will be screened at the 72nd Venice Film Festival. The festival will take place from Sept. 2 to Sept. 12, and films by many famous directors such as Carlos Saura and Agnes Varda will premiere at the festival.

Pamuk's Museum of Innocence opened on 2012 after the release of his novel of the same name in 2008. The museum describes a love story that spans from the 1970s to the 2000s and includes objects that were used daily starting from the 1950s. This museum was issued Europe's Best Museum of the Year award by the European Museum Forum in 2014. According to announcements, "Innocence of Memories" will premier with a special projection at the festival. In the film, the newly written script by Pamuk is accompanied by the voice of Kemal, the main character. The production creates a world between reality and dreams like the Museum of Innocence.

"Before, I had watched his [Grant Gee's] film based on the book of Sebald, 'The Rings of Saturn,' and loved it. I assisted in the production of 'Innocence of Memories' too. I wrote 30 minutes of the film's script, and it is based both on the Museum of Innocence and Istanbul. It also includes some parts from my other books," Pamuk said. He stressed that the new script was the evaluation of the love story told in his novel by a secondary character. He added: "I am not saying who the secondary character is now. I will explain in Venice. Of course, another character in this film is Istanbul itself - Istanbul nights and its authentic chemistry. All these elements have been turned into a film in the hands of a very talented director, Grant Gee. This film is an art film and a documentary at the same time. I will also be going to Venice for the film's premier." After the premier, the film will be released internationally. 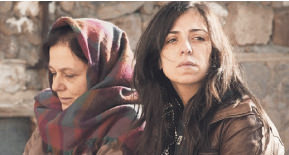 The world premiere of Senem Tüzel's first feature film "Ana Yurdu" (Motherland) will also be held at the 72nd Venice Film Festival taking place between Sept. 2 and Sept. 12. Competing at the festival's International Critics' Week section, the film has also been nominated for the Lion of the Future award. Starring Esra Bezen Bilgin and Nihal Koldaş, "Ana Yurdu" depicts the story of Nesrin, Halise (her mother) and what happens during Halise's unexpected visit after Nesrin goes to her grandmother's village house to finish her novel. The film was shot in Niğde with the production support of the Directorate General of Cinema of the Ministry of Culture and Tourism. As a part of the Istanbul Film Festival Meeting on the Bridge Workshop, "Ana Yurdu" won the Republic of Turkey Ministry of Tourism and Culture Support Award and Melodika Sound Post-Production Award prior to its release. The film also won the Best Movie Project award at the Thessaloniki Film Festival Crossroads Co-production Forum and Germany Connecting Cottbus Co-Production Market. Produced by Zela Film, the film's cinematography director is Vedat Özdemir.
Last Update: Jul 27, 2015 2:09 am
RELATED TOPICS