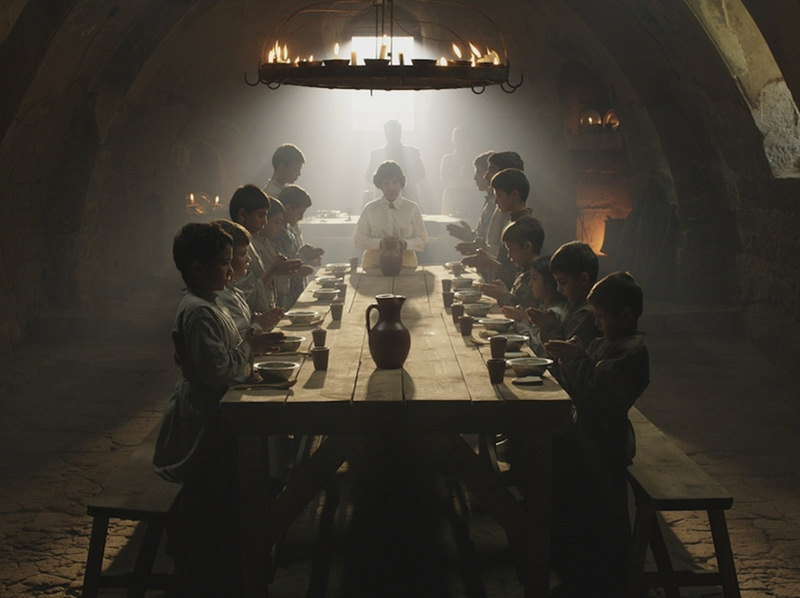 by Daily Sabah Aug 07, 2015 12:00 am
Directed by Aren Perdeci and Ela Alyamaç, "Yitik Kuşlar" (Lost Birds) will be the first film to depict the tragedy of 1915 in a film shot in Turkey with the support of the Culture Ministry's Cinema General Directorate. Featuring the sorrowful story of two siblings who lost their family in the 1915 incidents, the film's trailer has been watched in 113 countries. Produced by Kara Kedi Film, "Yitik Kuşlar" portrays the quest of Bedo and Maryam to find their family they lost one night. Dila Uluca and Heros Agopyan star in the title roles. So far the film has received supportive messages from different countries including the U.S. Uluca and Agopyan were chosen from among 520 children during test shots a year ago. The film costumes were designed from period photographs found in a five-year search. Vahe Tachjian from Berlin and Yetvart Tomasyan from Istanbul were the film's history advisors. A ruined building from the 1890a was renovated for the movie and a village square and a local coffee house were built on an open-air film set in line with the period photos. The film's production took five years and was shot over a course of 30 days and pre-production took more than two years. Embracing the stories of Armenian children who lost their families in 1915, "Yitik Kuşlar" will be released this autumn marking the 100th anniversary of the 1915 incidents.
Last Update: Aug 07, 2015 5:48 pm
RELATED TOPICS