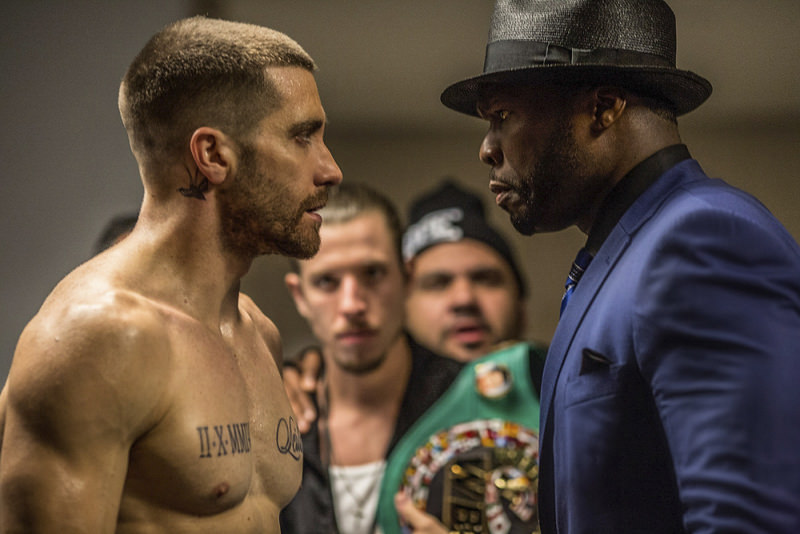 Staring Jake Gyllenhaal, Forest Whitaker, Naomie Harris, rapper 50 Cent (real name Curtis Jackson), Rachel McAdams, Victor Ortiz and singer Rita Ora, "Southpaw" was directed by Antoine Fuqua. Big Billy Hope is a boxer who previously won the World Light Heavyweight title. His career looks dazzling and he seems to have everything, a beautiful wife and a wonderful daughter. Following his wife's death, Hope's best friend and manager drops him and the boxer hits bottom. With the help of a retired boxing coach, Hope begins to work at a small gym near his neighborhood and tries to get back what he lost.

Directed by Saverio Costanzo, this Italian production stars Adam Driver from "Girls," "Frances Ha," "Inside Llewyn Davis" and "Star Wars: The Force Awakens;" Roberta Maxwell and Alba Rohrwacher. The film, which won Best Actor and Best Actress at the Venice Film Festival, is about a couple who married after falling in love at first sight. The perfect balance between the couple breaks off when they have a baby and they began to realize how different they think about life and the world around themselves. Mina, played by Rohrwacher, becomes obsessed about purity and a proper diet and tries to impose this on her infant child. As Jude, played by Driver, tries to help his wife and child he finds himself in a huge dilemma.

This horror film was directed by David Campbell and stars Jessica Tovey, Nicholas Gunn, Tim Phillips and Pippa Black. Based on a true story, the film is about three young people coming from the U.S. to Australia for an adventure. They meet two local youngsters and begin to go after the ghost of a motorcyclist that haunts the town. The film is inspired by a YouTube video titled "The Ghost of Lemon Tree Passage," which has received millions of views and caused a stir among authorities.

Starring Miles Teller, Kate Mara, Michael B. Jordan and Toby Kebbell, "Fantastic Four" was directed by Josh Trank. As the longest running superhero team appearing in Marvel Comics, the Fantastic Four's screen adaptation features the extraordinary physical change of four young outsiders when they teleport to a dangerous universe. Set in New York, the Fantastic Four's new sequence depicts how these idealist young people try to become a team, as they have to save the earth from a former friend turned enemy.

Directed by Karsten Kiilerich, this week's animation film was dubbed by Vibeke Ankjaer Axvaerd, Alfred Bjerre Larsen, Oscar Dietz and Morten Eisner. Living in the nice town of Kellyville, Albert wants to become a balloon captain. His friend Egon, on the other side, is dreaming of becoming a pirate. It is an entertaining depiction of Albert and Egon's adventurous.
RELATED TOPICS