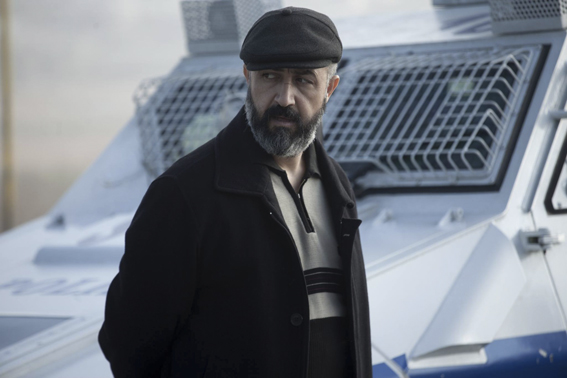 by Daily Sabah Aug 21, 2015 12:00 am
Award-winning director Emin Alper's film "Abluka" (Frenzy), which will make its world premiere and is expected to compete for the Golden Lion at the 72nd Venice Film Festival during the first week of September, will be screened at the 40th Toronto Film Festival as well, which will take place from Sept. 10-20. The movie has been included in the festival's "Contemporary World Cinema" section. Additionally, the movie has been invited to take part in the festival's "Contemporary World Speakers" program. Following the screening, a Q&A event will be held with Emin Alper as well as a cinema expert from the University of Toronto. The cast stars Mehmet Özgür and Berkay Ateş as well as Tülin Özen, Müfit Kayacan and Ozan Akbaba. A Qatari, French and Turkish co-production, "Abluka" tells the story of Kadir, an ex-con, just released after serving a 15-year sentence, while Istanbul is in the grip of political violence.

Hamza, a high-ranking police officer, offered Kadir conditional release from prison. To be released, he has to accept the offer to work in a new intelligence unit of garbage collectors. Kadir accepts, and starts collecting trash from surrounding shanty towns, checking to see whether it contains material related to bomb-making. While working, Kadir finds his younger brother Ahmet in one of the neighborhoods working for the municipality as part of a team responsible for picking up stray dogs. "Abluka" is the second feature-length film of Alper whose "Tepenin Ardı" (Beyond the Hill) was screened in Berlin and Tribeca three years ago.
Last Update: Aug 21, 2015 1:00 am
RELATED TOPICS