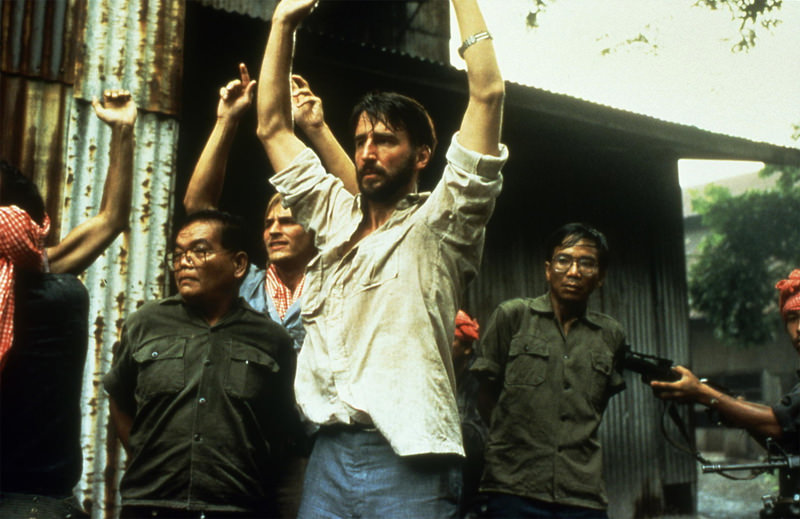 After surviving atrocities by the Khmer Rouge and starring in ‘The Killing Fields,' Haing Ngor was gunned down in a Los Angeles alleyway

When Haing Ngor thrust an Academy Award above his head to raucous applause in 1985, it was a moment that validated his work as best supporting actor in "The Killing Fields."

It also paved the way for years of public speaking about the atrocities that had been committed in Cambodia under the Khmer Rouge.

For Ngor, who depicted photojournalist Dith Pran in the film that told of the survival of the Cambodian colleague of New York Times journalist Sydney Schanberg, that art closely imitated his own life.

Born to a middle-class family in Takeo province and trained as a doctor in Phnom Penh, his was an against-all-odds story of survival of Pol Pot's agrarian nightmare that involved crawling through miles of minefields to safety and on to a glittering acting and public-speaking career, only to be brutally gunned down in a Los Angeles alleyway in 1996.

Ngor's life is now under the spotlight again, thanks to a new documentary that premiered in the Cambodian capital on Friday night with the help of the United States Embassy and Bophana Audiovisual Resource Centre.

"The Killing Fields" by Dr Haing S Ngor is "a story that needed to be told and demanded to be told," film director Arthur Dong told Anadolu Agency in an interview before the screening in Phnom Penh. Dong's limited knowledge of the Pol Pot regime came from "The Killing Fields," and he felt that making this documentary "was also another way to delve into the subject of what happened" to Cambodia and its people. With a protagonist who had already passed away, Dong relied heavily on Ngor's extensive autobiography, "and the narration in the film was totally pulled from that," he told Anadolu Agency. "I'm very respectful of the subjects I put on the screen. As a creative person I need to know that I have the freedom to use a palette of artistic elements to put into the film, so it's a mixture of the two," he added.

Footage shows that Ngor was something of a fastidious archivist; his close friend and niece can be seen going through a room of boxes of belongings.

In one, a crude sewing kit; in another, his late wife's purse — two of the only things Ngor managed to hang on to during the Khmer Rouge.

Ngor also held on to videotaped recordings of the myriad of interviews and public speeches he gave after his move to the U.S., which serve to paint a picture of his life before his arrival there. This was also interspersed with animated depictions of his experiences and archived footage of life under the regime itself. Ngor was very keen to stress that although the horrors depicted in "The Killing Fields" were unimaginable, they were the tip of a mammoth iceberg of suffering and cruelty that he and millions of others had to endure or succumb to. Although not a trained actor, he already had the kind of experience that no amount of method acting can replicate. During his battle for survival, he was tied up and beaten, shackled to the base of a mango tree and bitten all night by swarms of red ants; he was crucified alongside several others for about four days, during which time fires were lit under the victims' feet.

The heavily pregnant woman crucified to his right died, and after her body was taken down and left to decompose on the ground beside him, a pack of wild dogs came and tore it to pieces.

But his humanity was tested beyond anything imaginable when, in her seventh month of pregnancy, his beloved wife Huoy begged him to find her something - anything - to eat.

Unable to procure even a spoonful of rice, Ngor had to endure the unbearable prospect of having her and their unborn die in his arms after Huoy went into premature labor.

Ngor, a gynecologist, could have tried to intervene even though he had no medical equipment to hand. But he had to stifle that urge because, he said, then they would have killed him, too.

His death in the Chinatown area of Los Angeles is still shrouded in mystery. Although three men were convicted of his murder in 1998 — it is believed they tried to steal his gold locket, on which his wife's face was printed — other conspiracy theories abound that perhaps he was assassinated because he was so outspoken about the Khmer Rouge.

Youk Chhang, executive director of the Documentation Center of Cambodia, was also an advisor on the documentary. He told Anadolu Agency on Saturday that the documentary is an important piece of work, because "Cambodians should be reminded about the past and inspired to tell their stories."

"This film is a message that we must continue to tell stories and document the crimes because they continue," he said. "Last night, I was told one of the young audience members had never seen Khmer Rouge footage before. I was happy he came to see the film, but I was trying to imagine how someone like him could never have seen any footage. It's a big question there. You can't undermine the importance of educating the population [about this]. It's a hit to the young population. They want to move on but are being hit by this. They are quite shocked with the emotion of their history." The documentary is to be shown at a number of other screenings around the country over the coming days, including a screening today at a school named after the late Ngor in the village where he was born.
RELATED TOPICS