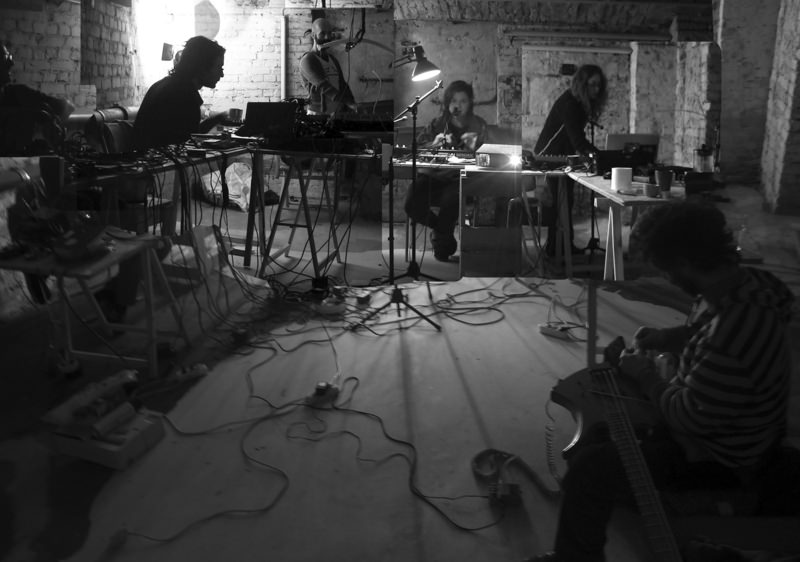 by Zeynep Esra İstanbullu Aug 28, 2015 12:00 am
With live audiovisuals, kfp (collective film project) will perform their experimental production on stage at SALT Beyoğlu's Walk-in Cinema on Sept. 5. A subproject of Apartment Project, kfp brings together artists from different disciplines and experiences in Berlin. Through language shaped by 24/7 communal living, site-specific collaboration and research sessions, they experiment with the experience of collective film production. Five artists from Istanbul and two from Berlin resided in these conditions for one month at Apartment Project Berlin earlier this year.

The process started with a lottery to distribute the group members to different districts in Berlin. The aim was to collect various texts, objects, emotions, gestures, photographs and videos in order to share them with the rest of the group. The film is shaped around the efforts and struggles of a group of stressed, banished and stuck people who are in search of an exit. A frustrated, mislead and pressured group of individuals who have fallen into dystopia, this film depicts their efforts and struggles while looking for an escape, and will be presented live on stage.
Last Update: Aug 28, 2015 10:58 am
RELATED TOPICS