‘Sultan' in the director's seat after 24 years 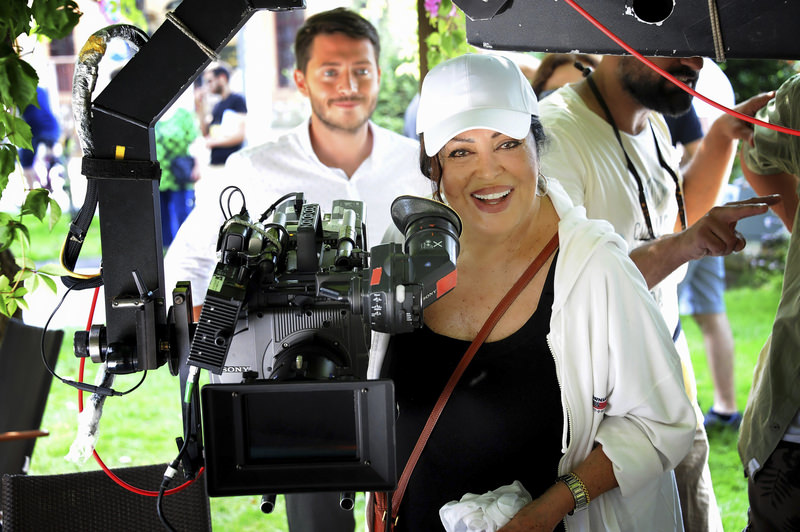 One of the most famous actresses of Turkish cinema, Türkan Şoray, also known as the ‘Sultan,' sat in the director's seat after 24 years. Shooting has finished with hopeful expectations in Turkish cinema, which has seen unprecedented success in recent years

Filming of the Turkish production "Uzaklarda Arama" (Do Not Look For It Far Away), which took place in Muğla's Menteşe district, has officially wrapped up. Directed by legendary Turkish actress and director Türkan Şoray, the film was produced by Şoray's daughter, Yağmur Ünal.

Speaking to Anadolu Agency (AA), Şoray said the shooting was very entertaining and the film is planned to premier in November. Şoray sat in the director's seat 24 years after directing her films "Dönüş" (Return), "Azap" (Torment), "Bodrum Hakimi" (Judge of Bodrum) and "Yılanı Öldürseler" (Killing the Snake). She expressed her happiness to be able to direct a new film after 24 years, adding: "I accepted the offer to direct the film as the production company belongs to my daughter. I am happy that my daughter Yağmur chose cinema for her career. The art of cinema is the most beautiful form of art in the world. Yağmur's choice made me really happy for a woman who gave years of her life to the art of cinema."

Şoray underscored that Muğla is very suitable for the setting of the film. Stressing that they are not making a local film, Şoray said: "The film is not about Muğla. However, we were able to find the locations that we had been looking for here. We traveled throughout Turkey, and Muğla was home to what we looked for."

Şoray said the film is about a small, quiet town and what happens after a night club opens for the first time. She added that the local people helped them so much during the shootings, and thanked them for their help.

Stressing that they worked with the most-fitting actors for the roles, Şoray said she is a very lucky director regarding the actors and their talent. "They are all incredible," Şoray said. "One of them will surely receive an award for his or her role in the film. The technical team is world class. We are working with a team of 110 people. The director of cinematography is outstanding. Everybody worked so hard. I believe that this film set has been the happiest set among all the films that had been shot until now."

Şoray said cinema is the reflection of society, and it is formed in accordance with the current conditions of the society while the film is being shot. "Human affairs were warmer in cinema before although we could not shot films as we wanted. We had to deal with censorship. There has been no censorship recently. Films are being shot freely," Şoray said. "Everything that you can imagine can be done. This is very good thing because art should be free. While I was an actress, we shot films with finite limitations. Now, the sky's the limit. We cannot shoot bad films with all the opportunities we have. It is about creativity; young people are extremely creative. That is why Turkish cinema can compete with world cinema now."
RELATED TOPICS