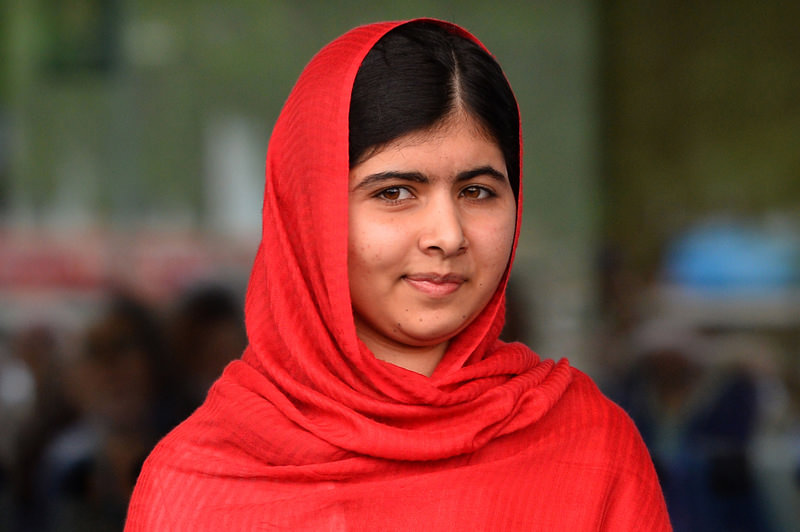 Known to most people for the Nobel Peace Prize she received in 2014, Malala Yousafzai is a young female activist who was shot for demanding education for girls and has fought for women after her recovery

Most people know Pakistani Nobel Peace Prize winner Malala Yousafzai, who was shot by the Taliban in 2012 for demanding girls' right to education, but few have heard of the 19th century Afghan heroine she was named after. According to Pashtun tradition, Malalai of Maiwand spurred her countrymen to victory against British troops in 1880, taking to the battlefield to rally a demoralised Afghan force with a verse about martyrdom. She was later struck down and killed. The legend is recounted in "He Named Me Malala", a new documentary about Yousafzai, now 18, whose attack while riding a school bus shocked the world. "You named her after a girl who spoke out and was killed. It's almost as if you said she'd be different," director Davis Guggenheim tells Yousafzai's father, Ziauddin, in the film. "You're right," he replies. Filmed over 18 months, the intimate portrait shows a teenager more at ease on the world stage - speaking at U.N. headquarters in New York - or addressing students in Syrian refugee camps than with classmates in Britain where she was flown for surgery.

"In this new school, it's hard," she says, admitting a lack of shared experiences with the other girls. While much is known about Yousafzai's advocacy work, the documentary lifts the lid on her family life in central England with much humour generated by her two brothers. "She's a little bit naughty," says Yousafzai's youngest brother, who she introduces as "a good boy" in contrast to her other brother who she calls "the laziest one". She giggles when asked if she would ever ask a boy on a date. Encouraged by her teacher father, Yousafzai began blogging for the BBC at the age of 11. Writing anonymously, she described life under the harsh edicts of the Taliban, bombed-out schools, executions under the cover of dark and girls' education limited to reading the Koran.

She later made public appearances in Swat Valley, calling for girls' right to an education. "My father and my mother both inspired me to believe in myself. In a society where women's rights are not respected, my parents gave me examples," Yousafzai said at a screening of the documentary in Washington DC this week.

"There's a moment where you have to choose to be silent or to stand up," she says in the film. "My father only gave me the name Malala, he didn't make me Malala. I chose this life and now I must continue it."

Ziauddin Yousafzai said the film was not the story of one family but millions suffering because of war and conflict, adding that millions of Syrian children had been deprived of an education.

"When you meet these girls, their passion and taste for education it is remarkable. They want to learn," he said in Washington. "In the global south, in developing countries, most of the children fight every day to get educated. Many families have sold their whole property - their cows, their farm and everything to get their children educated." Yousafzai's Malala Fund, which support girls' secondary education, wants the film to be shown in schools to inspire students to stand against bullying, racism and human rights violations. The movie opens in theatres in the United States from Oct. 2 before it is released in Britain later in the month.