Istanbul Biennial a joy for cinema lovers too 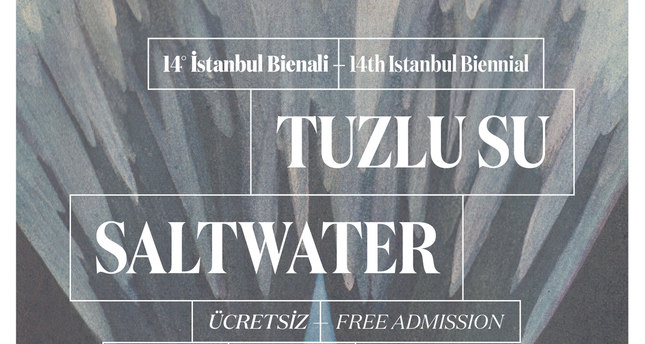 The 14th Istanbul Biennial, which will color the city with art exhibitions for the next two months, will also feature a rich screening program with a marine life focus to fit the theme of the biennial, ‘Saltwater: A Theory of Thought Forms'

Istanbul's highly anticipated two-month-long art attraction, the 14th Istanbul Biennial, will showcase more than 1,500 works of art from over 80 participants in a citywide exhibition for free of charge, an organizer said Wednesday.

Titled "Saltwater: A Theory of Thought Forms," the showcase is organized by the Istanbul Foundation for Culture and Arts (IKSV) and will take place between Sep. 5 and Nov.1 in four locations - Istanbul Modern, the Arter contemporary arts center, the Galata Greek High School and the Italian High School -- as well as at various hotels, former banks, gardens, schools, shops and private houses. "Like glass, Saltwater is transparent, durable and yet can break," said American curator Carolyn Christov-Bakargiev at a press conference. "It is primarily an exhibition of artworks, but there is an outside that enters into it in many ways, pressuring its borders, which become fragile."

Artists around the world will display their works in more than 30 venues located on both the Asian and European sides of the Bosporus. Speaking at a press conference in the courtyard of one of the exhibition venues, the Italian High School in Istanbul's Beyoğlu district, American curator Carolyn Christov-Bakargiev said: "To see this exhibition, (...) you can take a ferry towards the Marmara and the Mediterranean and visit the Asian side of Istanbul in Kadıköy and Büyükada, one of the Princes' Islands where ancient Byzantine emperors exiled their enemies and where Leon Trotsky lived for four years from 1929 to 1933."

Christov-Bakargiev said that the Trotsky house in Büyükada, one of the Princes' Islands, was the first venue picked for the biennial. Turkey's Nobel laureate Orhan Pamuk showed her the site, she added. Pamuk's The Museum of Innocence, which was named after his 2008 novel, will also be one of the exhibition sites. According to a press release, works at the biennial will range historically from an 1870 painting of waves by Spanish Nobel prize winner and neuroscientist Santiago Ramon y Cajal, to a new work by Turkish artist Füsun Onur, in which a poem is heard on a moving boat. This year's biennial will see a strong participation from Armenia. Agos, the newspaper for which Hrant Dink -- a Turkish-Armenian journalist who was assassinated by a Turkish nationalist in 2007 in front of his office -- worked as the editor-in-chief, is also one of the exhibition venues. A number of seminars and panel discussions, at which public participation will be encouraged, will be held during the biennial. A film program will take place free of charge throughout the biennial at the Istanbul Modern cinema hall. 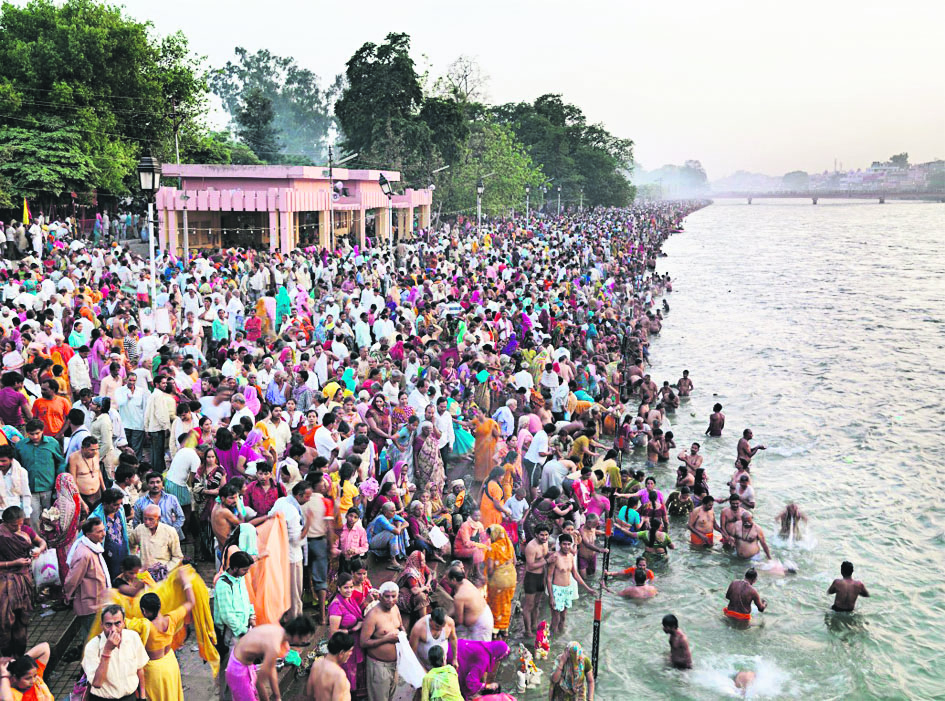 Every living creature needs clean water. We, human beings, interact with water in various occasions every day. But, how often do we reflect on the complexity of these interactions? "Watermark" is a documentary which brings various stories about water from all over the world and examines how we use it along with the consequences of this excessive use. The film reveals how water shapes the soil we live on both physically and culturally. The film is a visual feast in which we visit giant abalone farms off China's Fujian coast, the construction site of the Xiluodu Dam (six times the size of the Hoover Dam), and an arid desert where the Colorado River no longer reaches the sea. 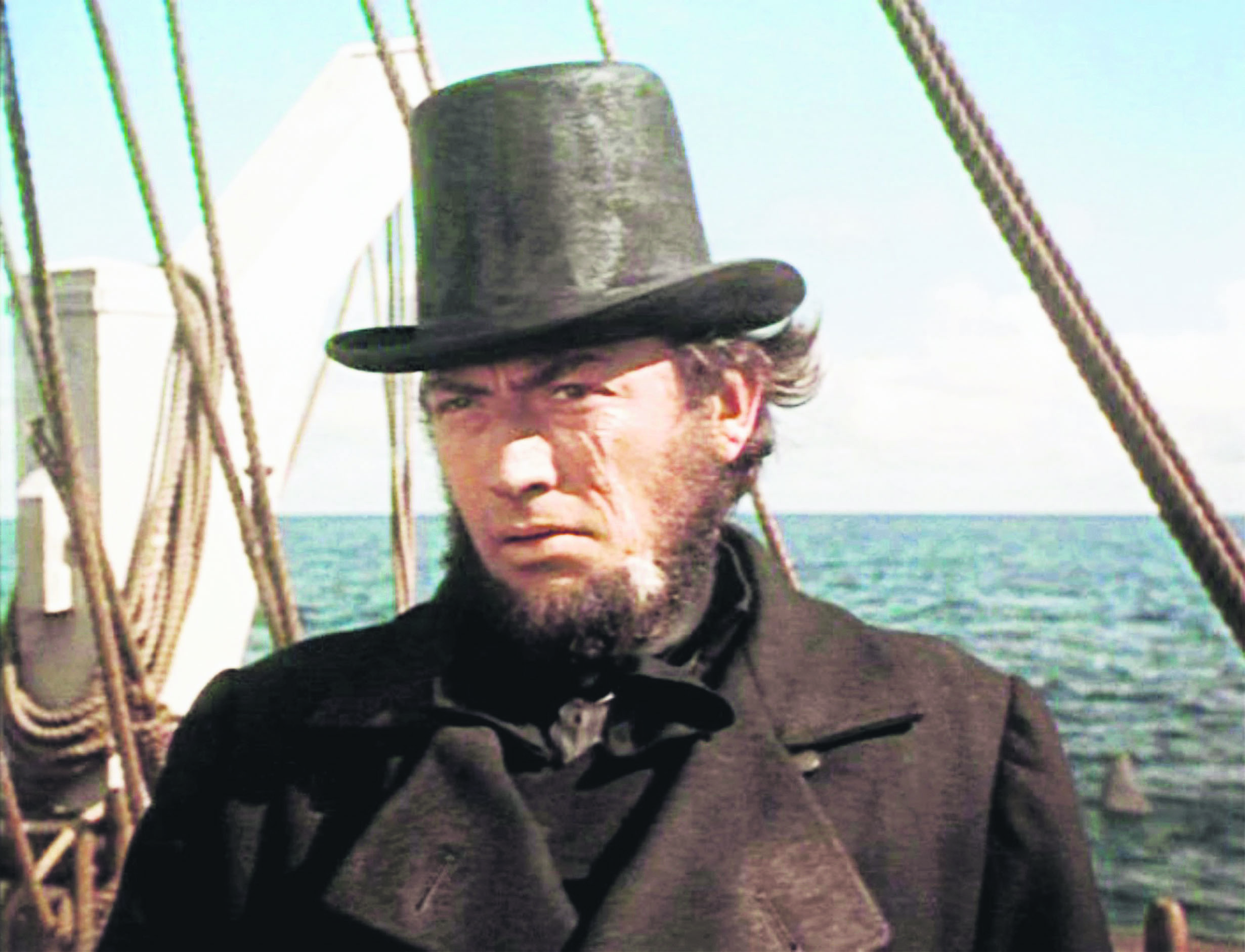 Adapted from Herman Melville's novel by director John Huston, 1956 film "Moby Dick" stars actor Gregory Peck as Captain Ahab. It is also possible to see Orson Welles in the role of a preacher in the film. The vengeful captain of a ship named "Pequod" is determined to take his revenge from a great white whale named Moby Dick who once nearly took his life. During this journey on the Pacific Ocean, Captain Ahab's obsession eventually leads to his death and that of his crew. Of all the adaptations of the novel shot between 1926 and 1956, this is the only version that is entirely faithful to the book. 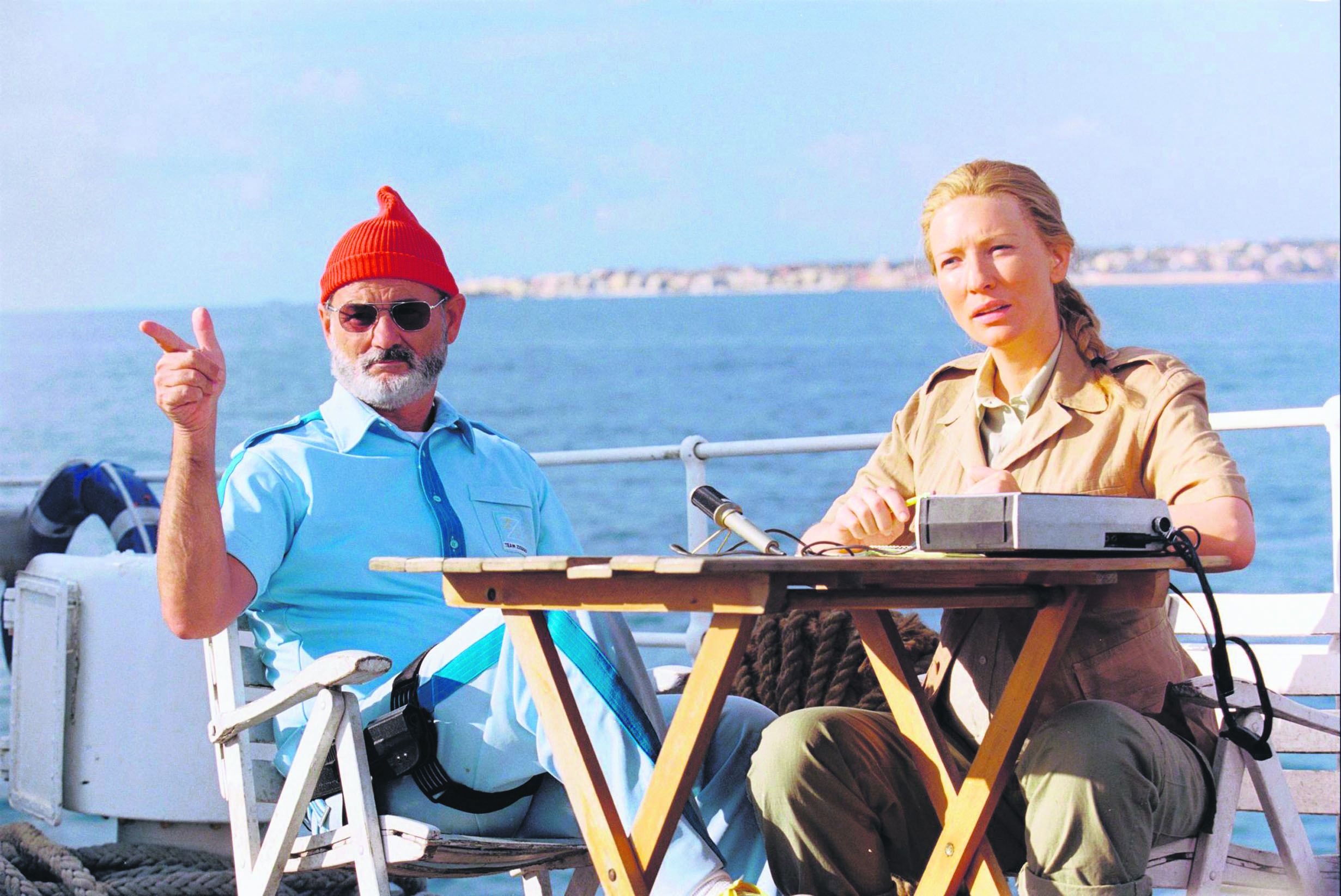 World-renowned oceanographer Steve Zissou is a legendary underwater explorer who travels the world to film documentaries. Experiencing a downfall in his career, Zissou and his crew set sail to seek revenge on a shark that ate his friend with the hopes of regaining his fame and glory. While trying to deal with his son who has joined the team and whom he has only recently met, Zissou also has to deal with the journalist Jane, who will not leave him alone. Directed by Wes Anderson, who is known for his quirky sense of humor, this funny and creative adventure draws viewers in with its fantastical approach to the undersea world.

As a part of the 14th Istanbul Biennial entitled "SALT WATER - A Theory of Thought Forms", Istanbul Modern Cinema presents the "SALT WATER: Eco-Fiction & Subaquatic" film program in collaboration with the Istanbul Foundation for Culture and Arts and with the generous contributions of Türk Tuborg A.Ş until Oct. 4.
The biennial's film program has been developed together by Müge Turan (feature-length films), James Richards (artistic films) and Carolyn Christov-Bakargiev. The program pairs feature-length films with artists' films that share similar themes. The film program, which is composed of four different sections entitled "Eco-Fi," "Subaquatic," "Survivor," and "Life on the Shore," covers a long period of time starting from the silent feature length era to documentaries, box-office films and the classics of the European and American cinemas.

Inspired by the correspondences of the British writer J. G. Ballard about his short story "The Voices of Time" and Robert Smithson's iconic film, "Spiral Jetty," "JG" answers a challenge that Ballard proposed to Tacita Dean, the director, before he died. He asked her to view "Spiral Jetty" as a mystery film which she should solve. Employing her signature "aperture gate masking" technique, in which she uses stencil-like masks to alternately cover up and re-expose her film, Dean combines image shots at different locations and times to produce visual and conceptual juxtapositions within the space of the individual 35mm frames. The landscape images that were taken in Utah and California intertwined with Smithson's film and Ballard's story.

"Nummer veertien, home" presents the historical immortalization of rituals and commemorative events via three different stories about journeys: Frédéric Chopin's death in Paris and his sister's journey to Poland in order to bury the composer's heart; the travels of Alexander the Great and director Guido Wan Der Werve's personal biography. Van der Werve traces, in reverse, the route of Chopin's heart in a three-week, thousand-mile-triathlon of biking, running, and swimming. The artist composed the soundtrack of the film, which is influence by the classic Requiem, in a year. The music's special characteristics, especially its association with hymns and requiem, operate allegorically alongside van der Werve's epic triathlon and his commitment to the legacy of the Classics, not just Alexander but Mozart, Beethoven and Schubert.

"L'Homme Atlantique" starts with a blank screen, which continues until the middle of the film. Director Marguerite Duras dedicates this time to a story of loss and lament. When the images come back to the screen, the film imprisons the protagonist in darkness and gets him out in order to question the concepts of self-consciousness and creation. Duras uses outtakes from one of her previous films, "Agatha," to push her experiments with image and sound beyond familiarity and linearity - and the narrative follows suit. The film is an outstanding experiment which wavers between things new and old, absent and present; where the gaps between image and sound align with the fissures of the characters' sexual difference. Time is also cut open, from cyclical and endless worlds to eschatological life and death, further dismembered into years, months, days, hours, minutes and even seconds.

This is a short documentary combining the images of Sicilian workers working in reservoirs where sea water evaporates to leave behind salt crystals and the packaging and transportation of the dried salt, followed by workers taking a lunch break.

Set 200 years from our time, this science-fiction action film presents a time when the polar ice caps have melted, flooding all the continents. The earth has turned into a he ocean and the few remaining people try to survive on ships and metal waste. Clean water and soil are now the most important materials. "Waterworld," which was the most expensive film of its time, stands out with its actors Kevin Costner and Dennis Hopper as well as its outstanding action scenes and successful cinematography.

Known for his documentaries focusing on seas and underwater, Stephan Koester presents the story of a white whale which escaped while being transported from Canada to a zoo in the U.K. in 1965 with his semi-dramatized documentary. Although TVs were a new invention of the time media was very interested in the story and named the whale "Moby Dick." The whale made its way into the Rhine River, which was heavily polluted at the time and continued its journey despite all the efforts to catch it. This incident also helped to raise awareness to ecology in modern times. The event also pointed out that the government policies about nature needed to change immediately. This smiling ambassador of the animal world made the pollution of the Rhine impossible to ignore, and it was thanks to him that steps were taken to clean it up.

The marvelous images that underwater researcher and inventor J. Ernest Williamson filmed in the Bahamas enchant the audience during "Thirty Leagues under the Sea." The film during which a horse carcass was used in order to lure the sharks presents close shootings of many sea creatures.
RELATED TOPICS