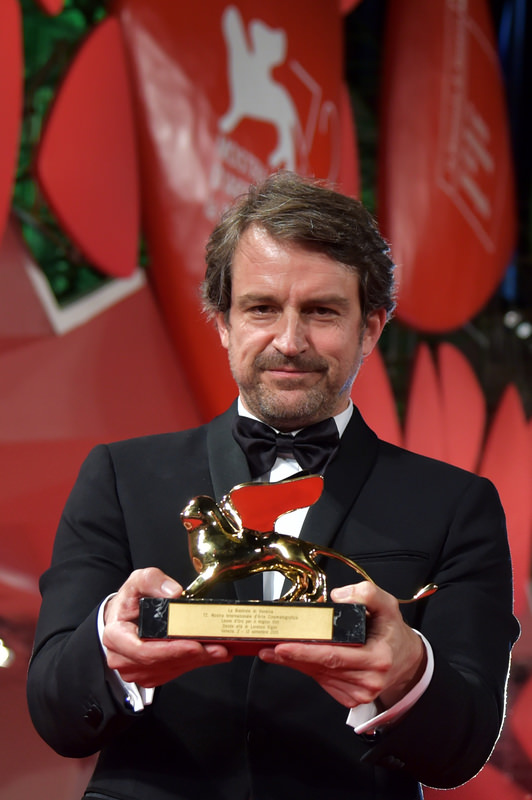 by Sep 14, 2015 12:00 am
Films from Latin America won two of the top prizes at the 72nd Venice Film Festival on Saturday, with Venezuelan director Lorenzo Vigas getting the Golden Lion best film award for "Desde Alla" (From Afar). Vigas, who won for his first feature film, about a murky homosexual affair between a tough street hustler and a man who has a successful business making dentures, dedicated his award to his country. "This is a bit of a surprise but I know it's going to be very well received in the country where we've had some problems in the last years ... I hope it is going to help," Vigas said as he accepted the Golden Lion on the stage of the main festival cinema.

He added that he hoped his film's victory might be a clarion call for greater cooperation among the region's filmmakers. "I think that this is something we should do in South America," he said.

Best director award went to Argentina's Pablo Trapero for "El Clan" (The Clan), about the real-life Puccio family of kidnappers who operated in Buenos Aires during the 1980s.

The runner-up Grand Jury prize went to American director Charlie Kaufman and co-director Duke Johnson for stop-motion animation "Anomalisa", which uses puppets instead of drawings. Kaufman, whose last movie was the live action "Synecdoche, New York" in 2008, said he was pleased that an animated feature had won recognition in Venice. "It's basically stop motion animation but it's not a kids' movie," said Kaufman, whose film co-directed with Duke Johnson features a puppet sex scene.

"We were looking to make a movie that was emotionally real and true and affecting, which is I guess an unusual thing in animation features currently," Kaufman said.

French actor Fabrice Luchini won the best actor prize for his role as a judge in "L'Hermine" (Courted) and Italy's Valeria Golino took the best actress prize as a woman married to a Naples loan shark in "Per Amor Vostro" (For Your Love).

Abraham Attah of Ghana won the prize for best new young actor starring alongside Idris Elba in "Beast of No Nation".

Film specialists noted that the jury was headed by Mexican director Alfonso Cuaron, whose "Gravity" opened the Venice festival two years ago, and suggested the awards might have reflected his support for films from his region of the world. "I think Alfonso Cuaron wanted to put a spotlight on the films of Latin America, he's kind of promoting these films that wouldn't have been so heard of otherwise," said Ariston Anderson, a film reporter based in Italy for The Hollywood Reporter trade publication. "It shows ... changes in the talent coming out of Latin America," she said At a press conference, Cuaron rejected suggestions he had favored Latin American films or that he had been able to convince the other eight members of the nine-person jury to vote his way. "I didn't have that kind of power," he said. Jay Weissberg of trade publication Variety noted the jury had not awarded prizes to some renowned directors in competition but said the choices made sense. "The awards in a way reflect the diversity of the (film) selection itself, with a little bit in there for everyone," he said. A total of 21 films were screened in competition for the main prizes at the Venice Film Festival, which opened on Sept. 2 with the premiere of the 3D mountain disaster film "Everest", shown out of competition.