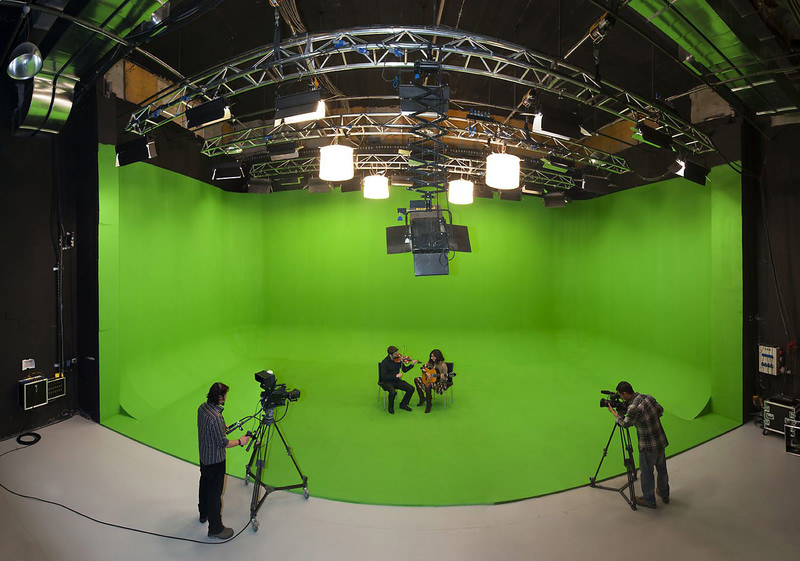 The academy features three studios, a sound studio and a laboratory where students have the opportunity to practice their training. It also hosts live broadcasts and invites students to watch these broadcasts in person.
by daily sabah Oct 01, 2015 12:00 am

The Istanbul Media Academy has been offering filmmaking and journalism classes to young talents for the past two years. More than 200 graduates of the academy are now employed in the sector

Founded in 2013, the Istanbul Media Academy offers young filmmakers and journalists the ability to receive education and training while practicing their skills. Academy Chairman Ogün Şanlıer spoke to Anadolu Agency and gave insights into the operations of the academy. He said it offers education on media and cinema, as their founding objective is to overcome the deficiencies of the media education that universities offer. "We bring students together with the technical opportunities that we offer. We ensure that they are ready for the sector by the time they graduate or make up for any technical deficiencies of graduate students," Şanlıer said.

Apart from being a media and film school, the academy is also a production house. The academy features three studios, a sound studio and a laboratory where students have the opportunity to practice their training. The academy also hosts live broadcasts and invites students to experience these broadcasts.

A total of 450 students have graduated from the academy since its founding, and it also provides internships and job opportunities to its graduates. "Thanks to our close connections in the media, TV channels, newspapers and film producers, we are able to provide our students with internships before they graduate," Şanlıer said, adding: "We managed to find jobs for 210 students as soon as they graduated. We believe this is a great figure. Media institutions that see the opportunities we provide to our students have begun sending us their demands."

Şanlıer underscored the importance of employment in the sector as well. "It is a great advantage for students to know that this institution will help them build their career and support them on the way to success. Moreover, we gave our students National Education Ministry-approved certificates that will enable them to work as media trainers after they graduate."

The academy offers a variety of educational benefits to its students including directorship training. Additionally, the academy provides training for TV production, TV hosting, journalism and TV journalism as well as script writing and visual education for cinema. The academy is also the first Turkish institution to collaborate with the New York Film Academy. As a part of this collaboration, the two academies offered a filmmaking training program for a month. Şanlıer said the academy sent six of their students to New York for filmmaking training. "We received nearly 600 applications in the previous October and February application periods. The company we worked with for the elimination process offered us 30 applicants. Following interviews, the academy decided on which students should be sent to New York." As a part of the program, the academy sent two students for each program - filmmaking, TV journalism and acting - to New York. Highlighting that the New York Film Academy is a world-known media institution, Şanlıer said, "We offered scholarships to our students in order to learn the technique of the Americans but to tell our stories in Turkey." He also highlighted that the six student's tuition and accommodation fees were covered by the academy scholarship program, and that the academy is determined to continue their collaboration with the New York Film Academy in the future.

Şanlıer said the academy encourages its students to shoot short films. Moreover, their program "Film Academy," which has been broadcast as part of the Turkish Radio and Television Corporation (TRT) Okul, brings young directors together with experienced directors. He also said the films shot by the students will be featured at the Boğaziçi Film Festival. The festival, which will run from Nov. 20 and Nov. 28, will be supported by the academy. "We will also continue to send our students abroad. Furthermore, the academy wants to shoot feature-length films as well as TV shows. Once these projects are initiated, we want to incorporate our students so they can gain experience," Şanlıer concluded.