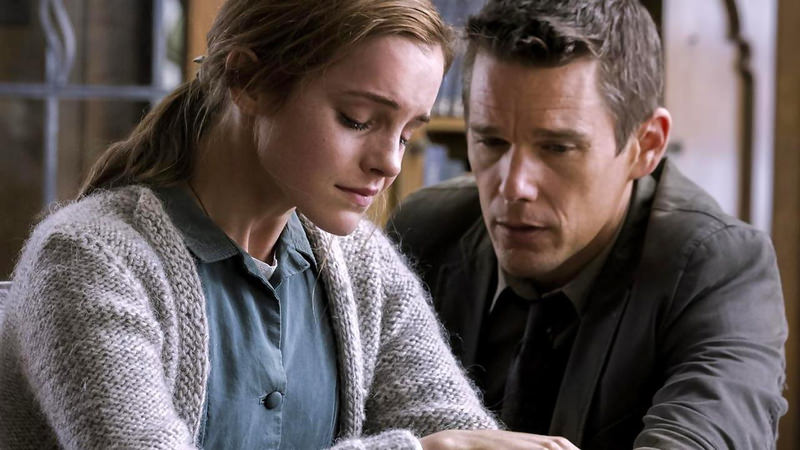 The psychological thriller "Regression" was directed by Academy Award-winning director Alejandro Amenabar and stars Emma Watson along with Ethan Hawke, Aaron Ashmore and David Thewlis. Set in Minnesota in 1990, a young woman named Angela Gray claims she has been sexually abused by her father, John. Bruce Kenner, the detective assigned to the case, made John confess his wrongdoings but strangely seems to not remember anything related to the crime. He asks for help from well-known psychologist, Dr. Raines, but the case leads them to one of the biggest mysteries of the U.S.

Set 2,000 years ago, this action film stars Jackie Chan, Adrien Brody and John Cusack. The story centers on Lucius, a Roman general, and Publius, who have to flee from Publius' brother Tiberius, a corrupt consul who murdered their father. The Roman duo end up in China, and not long after their arrival, they meet a commander named Huo An at Goose Gate and earn each other's respect. Meanwhile, Tiberius arrives with a giant army to claim the Silk Road and Huo An teams up with his new friends to protect his country.

Starring Ufuk Özkan, Fırat Tanış, Bülent Çolak and Ahmet Sarsılmaz, this Turkish comedy was directed by Ömer Uğur. The film recounts the story of Cevahir who is desperately trying to find money for his grandmother's medical treatment and his adventures following the discovery of a treasure map.

Directed by Şenol Sönmez, the film stars Ali Sunal, Hatice Şendil, Ayda Aksel and Ahmet Saraçoğlu. The romantic comedy focuses on the relationship between a hypochondriac man and a lively young woman and how their relationship changes their lives as well as their perspectives on life.

The latest film of legendary American actor, scriptwriter and director Woody Allen stars Jamie Blackley, Joaquin Phoenix, Parker Posey and Emma Stone. The comedy takes a look at a philosophy professor, Abe Lucas. As he finds himself in an existential crisis, he eventually discovers a new purpose in life when he starts a relationship with Jill Pollard, one of his students

Starring Joseph Gordon-Levitt, Charlotte Le Bon, Ben Kingsley and James Badge Dale, "The Walk" was directed by Robert Zemeckis, who is known for his films "Cast Away," "Back to the Future," "Polar Express" and "Flight." Set in 1974, the film centers on high-wire artist Philippe Petit who recruits a team of people to help him realize his dream to walk the immense void between the World Trade Center towers in New York. The film is also being screened in IMAX 3-D.
RELATED TOPICS