The Secrets of Karbala: The Crusades through Arab eyes 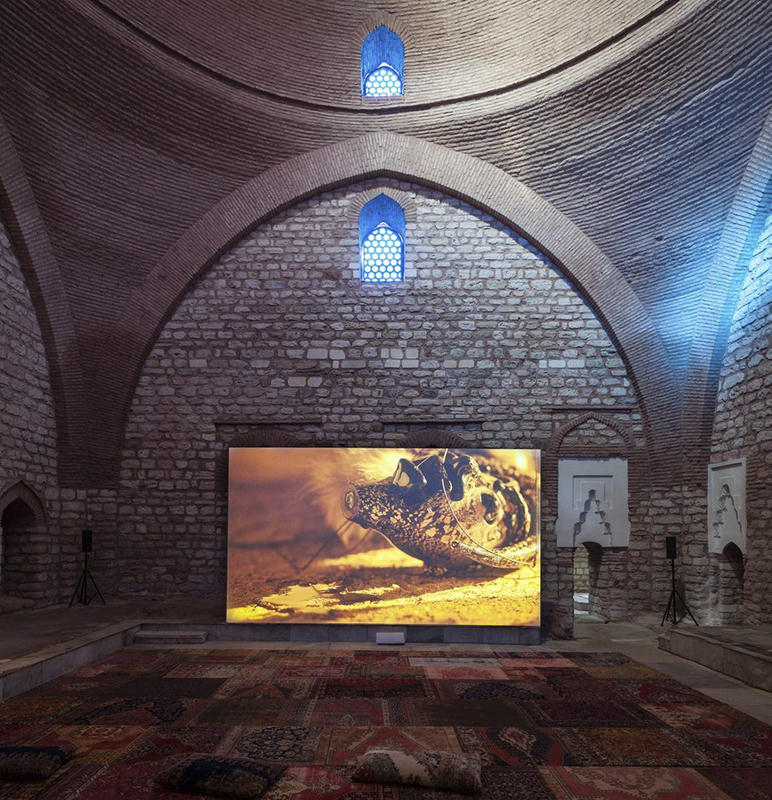 ‘The Secrets of Karbala,' the last sequence of Egyptian artist Wael Shawky's epic trilogy "Cabaret Crusades" introduces a historical timeline from the seventh century to the 12th century with a special emphasis not only on the crusades, but also the dispute between two Islamic sects

The Middle East has been subjected to wars, prolonged sieges and brutal battles hundreds of times, yet one of its most striking depictions has come in an epic trilogy by Egypt-born and based artist Wael Shawky: "Cabaret Crusades." Although not for the first time, Shawky recounts the history of the crusades, the medieval clash of religions between European Christians and Muslims that lasted two centuries, in a rather unusual way using marionettes and puppets. Brought to Turkey as part of the ongoing Istanbul Biennial, "Cabaret Crusades" looks at the bloody series of wars to reclaim the Holy Land from an Arab perspective. Inspired by contemporary Lebanese historian Amin Maalouf's 1983 book "The Crusades through Arab Eyes," the trilogy gives a sense of Arabic culture as the dialog between characters is in classical Arabic whether they are Christian forces or not. Viewers see invading puppet Franks in traditional costumes, yet they sometimes perform and dance to Arabic music like Egyptian Sufi "inshad," triggering a bizarre confusion while watching the film. 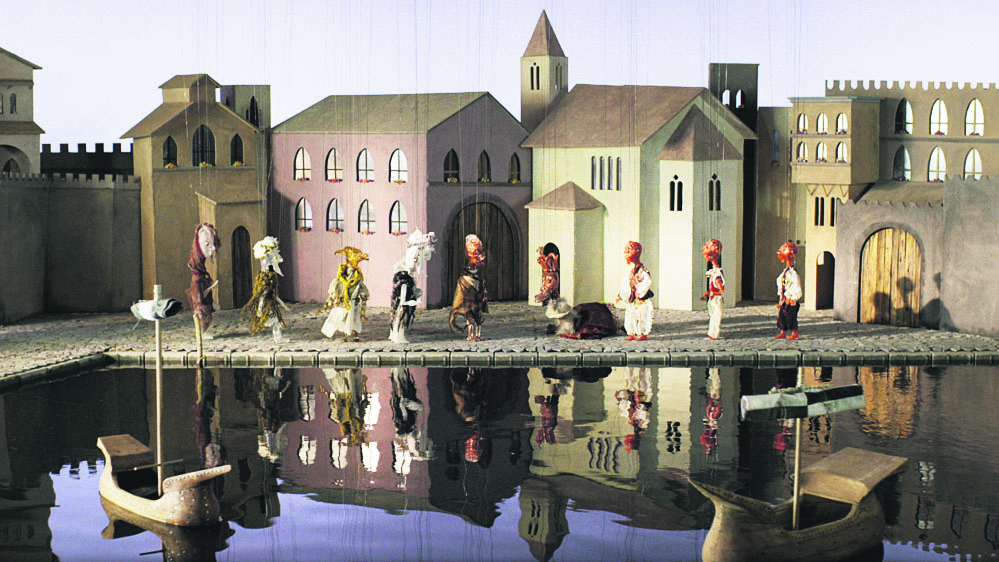 A scene from Wael Shawky's project, "The Secrets of Karbala," the third part of the "Cabaret Crusades" trilogy, which was produced in 2014.

The trilogy's last sequence "The Secret of Karbala" is currently at the Küçük Mustafa Pasha Hamam, a 15th-century bath with impeccable acoustics. Audience sits on large cushions put randomly at the entrance hall, formerly used as the dressing room. A giant traditional rug was rolled out along the hall. "The Secrets of Karbala" begins with a scene from the Battle of Karbala in 680 with hand-blown glass marionettes and then moves to the 12th century. Some marionettes are half-human or half-animal beings. Shawky's attention is not merely based on the power struggle between two religions, but also shows the onset of the schism between Shiite and Sunni Muslims. The film then takes viewers to different periods including the Treaty of Ramla in 1192 between Saladin, the founder of the Ayyubid dynasty, and King of England Richard the Lionheart specifying that Muslims would continue to rule Jerusalem and the Siege of Constantinople in 1204 by Venetian Crusaders.

At almost two hours, the film is full of historical facts, sometimes difficult to follow, yet Shawky's trilogy clearly shows that the plots were not limited to Christians and Muslims, but also between sects of the same religion. Also written by the Egyptian artist, "The Secrets of Karbala" presents marionettes in slow-motion and their strings are always visible. In his review for the Museum of Modern Arts PS1 (MoMa), where "Cabaret Crusades" was on display until September of this year, Shawky said: "The puppets help create a surreal and mythical atmosphere that blends drama and cynicism, telling a story of remote events that could hardly be more topical today. The puppets' strings clearly refer to the idea of control. The work also implies a criticism of the way history has been written and manipulated."

Shawky released the first sequence, "The Horror Show File" in 2010 with 200-year-old Italian-made marionettes, and the second film, "The Path to Cairo," from 2012 features painted ceramic puppets that he himself designed. "The Horror Show Files" illustrates the early crusades from 1096 to 1099, starting with Pope Urban II's speech at the Council of Clermont and the second film begins in 1099 with Jerusalem burning. Viewers tour cities like Damascus, Mosul, Baghdad, Mecca, Cairo, Lebanon and Aleppo. His work might also be an explicit reference to what is now happening in these regions. Having studied fine arts at the University of Alexandria, Shawky has participated in many exhibitions and biennials around the world including the Serpentine Galleries in London, Townhouse Gallery in Cairo, the 12th Istanbul Biennial in 2011, the Sharjah Biennial in the United Arab Emirates in 2013, the SITE Santa Fe Biennial in 2008, the 5th Venice Biennale in 2003 and Cittadellarte-Fondazione Pistoletto in Italy. He has won various awards such as the Award for the Filmic Oeuvre created by Louis Vuitton and Kino der Kunst in 2013, Kunstpreis der Schering Stiftung in 2011 and the Grand Prize at the 25th Alexandria Biennale in Egypt in 2009. In 2010, Shawky founded MASS Alexandria, a studio program for young artists in Alexandria where he now lives. The film screening will continue until November.