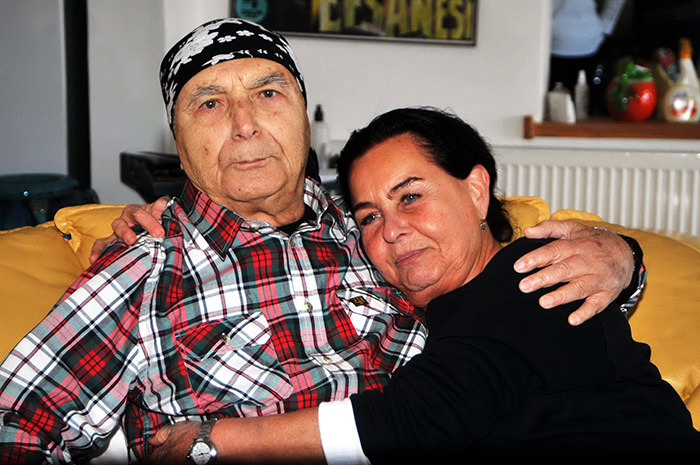 Director Memduh u00dcn (left) with his partner Fatma Girik (DHA Photo)
by daily sabah
Oct 16, 2015 12:00 am
A renowned director of Turkish cinema, Memduh Ün, has passed away at age 95 on Friday in Bodrum Acıbadem Hospital, where he was undergoing treatment in intensive care since November 2014.

The renowned director was also part of Turkey's famous football team, Beşiktaş, that went on to win the cahmpionship during the 1940-41 season.

Ün, born in 1920, began his cinema career in 1947, first as an actor, and continued as a producer in 1951. He lived in Bodrum with his partner Fatma Girik, a renowned actress in Turkish cinema, in Turkey's Mediterranean resort town of Bodrum.