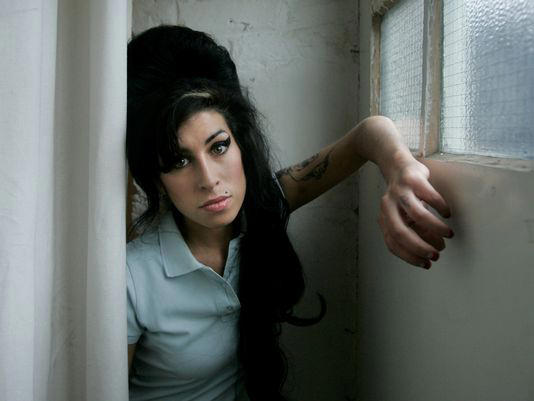 BAFTA-winning director Asif Kapadia's documentary film "Amy" features Beyonce Knowles, Alicia Keys, Amy Winehouse, Mark Ronson and Tony Bennett. The film explores the life and career of the late British singer Amy Winehouse. Famous for her strong vocals and musical styles such as soul, jazz and R&B, Amy struggled with alcohol and drug abuse. The documentary also depicts her problems with bulimia. It begins with a birthday scene when Amy, 14, was singing with her childhood friend Juliette Ashby.

Starring Jessica Chastain, Mia Wasikowska, Charlie Hunnam, Tom Hiddleston and Doug Jones, "Crimson Peak" was directed by Mexican filmmaker Guillermo Del Toro. It was also written by Guillermo Del Toro and Matthew Robbins. Expected to attract thriller lovers, the film is set in 19th-century Britain. After a family tragedy, author Edith Cushing is torn between the love for her childhood friend and the temptation of a mysterious outsider. Trying to escape her unfortunate memories, she gets married to Thomas. However, their marriage and house have checkered histories.

Starring Johnny Depp, Benedict Cumberbatch, Joel Edgerton and Sienna Miller, "Black Mass" was directed by Scott Cooper, who is known for his films "Crazy Heart" and "Out of the Furnace." Adapted from Dick Lerh-Gerard O'Neill's novel, "Black Mass" tells the real life story of Whitey Bulger, the most ferocious gangster of South Boston. Johnny Deep stars as Whitey Bulger. Here is a small plot: In the 1970s, FBI Agent John Conolly persuades Irish gangster Whitey Bulger to infiltrate an Italian mob, which is their common enemy. Whitey Bulger is also the brother of the state senator and becomes an FBI informant.

The popular animated movie series "My Little Pony" continues its adventure with the latest saga: "Friendship Games." The movie was directed by Ishi Rudell and Jayson Thiessen. It was dubbed by Tara Strong, Rebecca Shoichet, Ashleigh Ball and Andrea Libman. The American animated TV series is based on the My Little Pony toys created by Hasbro.