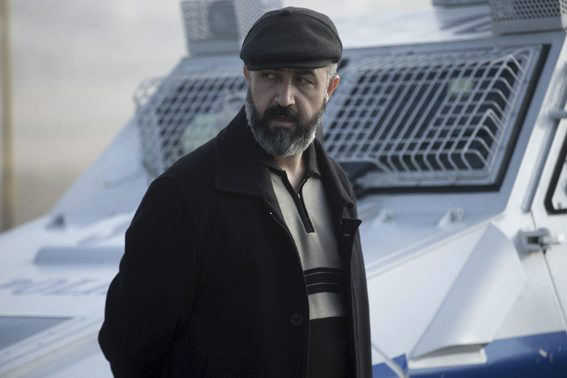 Emin Alper's latest film, "Abluka" (Frenzy), recently hit theaters in Turkey. The film won the Special Jury Prize at the 72nd Venice Film Festival where it premiered and five awards at the Adana Golden Cocoon Film. The film focuses on two brothers, Kadir and Ahmet. A high-ranking police officer offers Kadir a conditional release from prison. To be released, he has to accept an offer to work in a new intelligence unit of garbage collectors. Kadir accepts, and starts collecting trash from surrounding shanty towns, checking to see whether the trash contains material commonly used for making bombs. Kadir finds his younger brother Ahmet in one of the neighborhoods working for the municipality as part of a team responsible for picking up stray dogs.

Starring Sinem Sarızayim, Beril Özgür, Asi Güner, Zeynep Buse Kale, Cemal Baykal, Emre Korkmaz and Kubilay Güleçoğlu, the Turkish production "Cin Kuyusu" (Jinni Pit) was directed by Murat Toktamışoğlu. The horror film centers on a childless couple who decides to pay a visit to the witch of the village as the last resort for a child.

Adapted by Mary Mapes's book "Truth and Duty," the Hollywood production is a newsroom drama detailing the 2004 CBS 60 Minutes report. The news report which investigates then-President George W. Bush's military service causes a subsequent firestorm of criticism which costs anchor Dan Rather and producer Mary Mapes their careers. The film was directed by James Vanderbilt and stars Robert Redford and Cate Blanchett.

The feature-length animated film directed by Heiki Ernits and Janno Poldma is adapted from an Estonian animated TV series. The film tells about the adventures of a dog named Lotte, living in a village where making new inventions is a duty.
RELATED TOPICS