JR animates the ghosts of immigrants past with ‘Ellis' 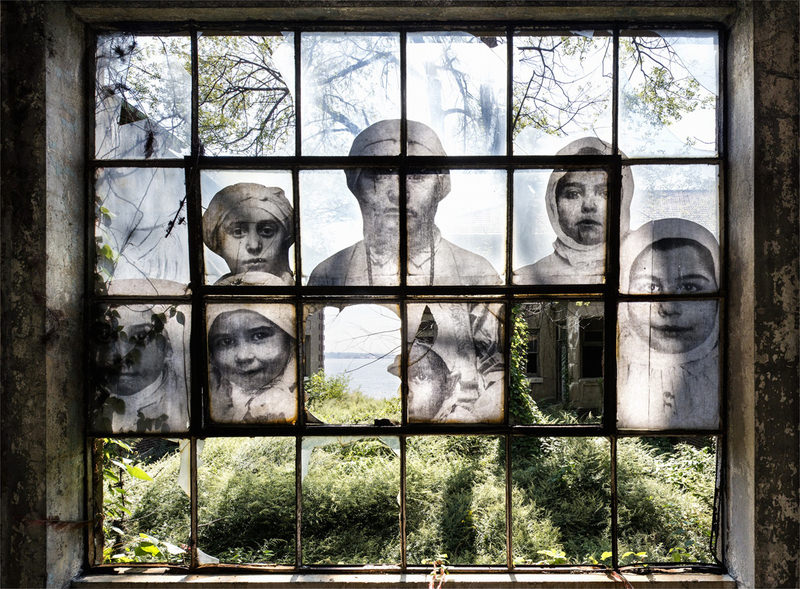 The often ignored stories of immigrants are revived in the timely and powerful short film by the provocative world-renowned street artist JR, starring Academy Award winner Robert De Niro. Through the story of a single immigrant, JR gives voice to past and current immigrants

When 15 giant portraits appeared on the walls of buildings across Istanbul, it wasn't just Turkish art buffs that were amazed, but also the people who passed by the buildings every day. For people who were not accustomed to the artist and his works, JR's acclaimed project titled "The Wrinkles of the City" was a revelation. The artist, who has the biggest art gallery in the world – the streets of the world's cities – and is widely known for his black and white public installations, continues to draw attention to the problems of humanity.

In his latest short film project "Ellis" starring Academy Award winner veteran actor Robert De Niro as a nameless immigrant, JR touches on the miseries of migrants and the right of free travel of people around the world. Premiered at the New Yorker Festival on Oct. 4, the film is set in an abandoned hospital on Ellis Island, which served as a station for migrants coming to the U.S. in the early 20th century.

Ellis Island, located on the Upper New York Bay, was an entry point for most people around the world who wanted to live in the U.S. and be a U.S. citizen in the future. During its heyday, the island was the first stop of a little over a million immigrants who dreamt of becoming U.S. citizens. Although the island served as a gateway to millions of people, it was also a barrier. Many people who arrived at the Island with the hope of a new life were denied citizenship due to poor health. JR used the vintage photographs of the immigrants who were admitted to the hospital for a health check in the early 20th century for his previous art installation titled "Unframed - Ellis Island." 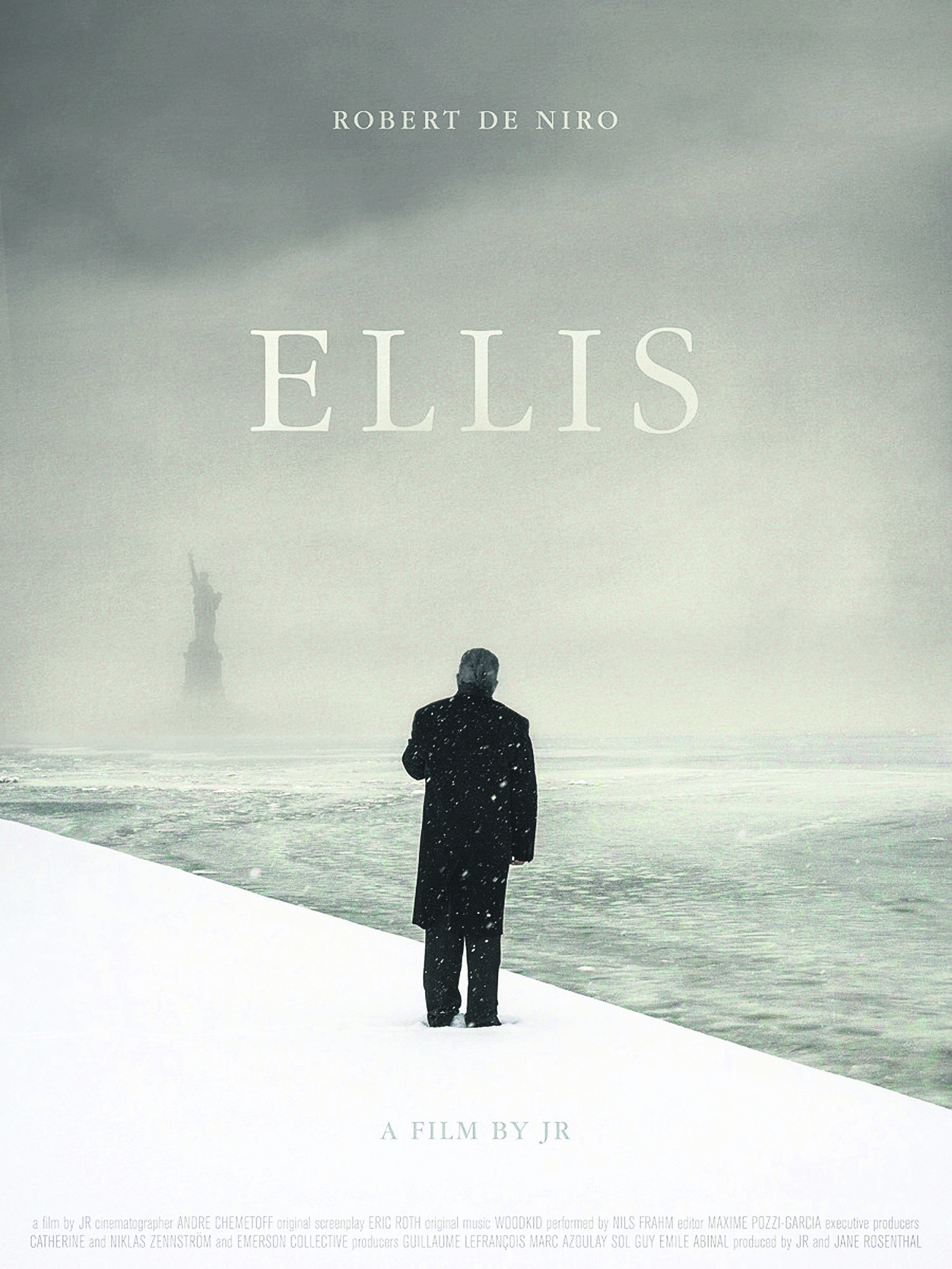 JR printed the vintage photos of immigrants passing through Ellis Island on the walls and windows of an abandoned hospital.

Recycling the set of his art show, JR brings back the souls of the sick and desperate people and follows their story though the character played by De Niro who ends up on an abandoned island, acquainting himself with the faces of migrants covering the walls of the building. "When I started to work on the project," JR said in one of his interviews, "the refugee crisis had not reached its current peak. Walking around the abandoned hospital on Ellis Island, I could feel the presence of the hundreds of thousands of people who passed through, and of the countless ones who didn't make it and got turned back." 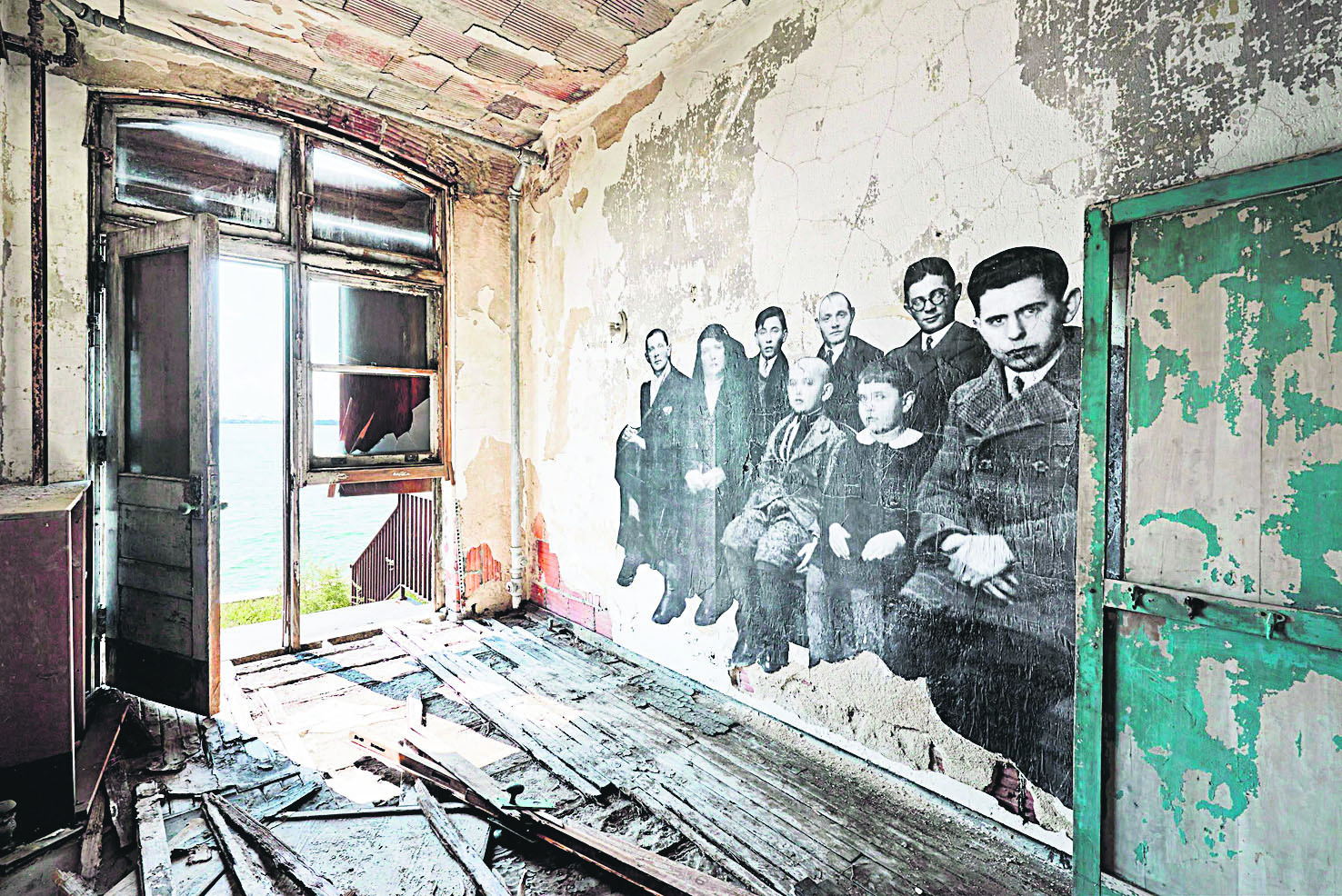 In fact JR, a French-born man living in the U.S., can relate to the immigrants. Through his art work as well as a short film, he wanted to draw attention to the lost dreams of millions of people around the world while awakening a collective memory. Although the plot of "Ellis" is fiction, the fictional story is connected to the reality of millions of people who want to "run to their new lives" as the trailer suggests. "Ellis" tells the forgotten story of these immigrants who built America while questioning those who currently seek the same opportunities and safety in this country and other parts of the world. 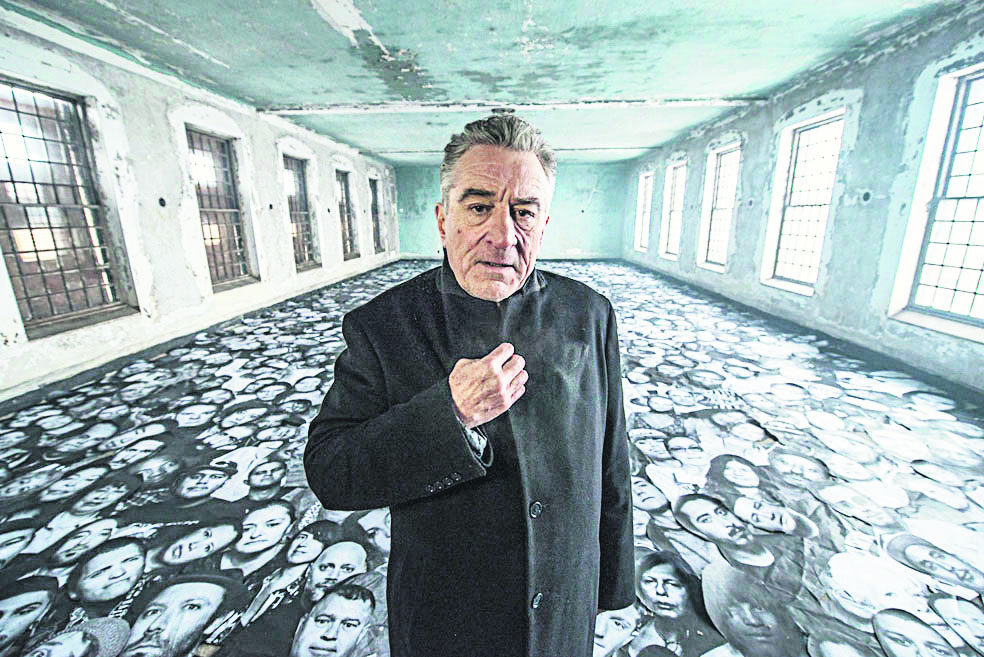 Two time Academy Award winner De Niro plays an immigrant who is denied passage into the land of hopes in JR's short film.

The film follows the character animated by De Niro wandering around the empty corridors of a hospital carrying a suitcase. As a rejected immigrant who has nowhere to call home, he looks at the city lights of New York in the snow storm, wondering where to go next. While questioning his own fate, he relates himself to the lost souls of Ellis Island who were denied free passage to a new life just like him.

Surprisingly, JR, a social media mogul, decided not to broadcast his short film online; however, he suggests sending a copy of the film free of charge to those who can show the film to small groups. He also organizes free screenings in London, Los Angeles, San Francisco and at Miami Art Basel saying that the idea of making the film is not to make money but to enable people to see it. Istanbul-based art gallery Istanbul 74 is also organizing free screenings of the film until Nov. 20. Those who are interested can pay a visit to the gallery from 12:00 p.m. to 06:00 p.m. For further information of the screenings you can also visit http://istanbul74.com/.
RELATED TOPICS