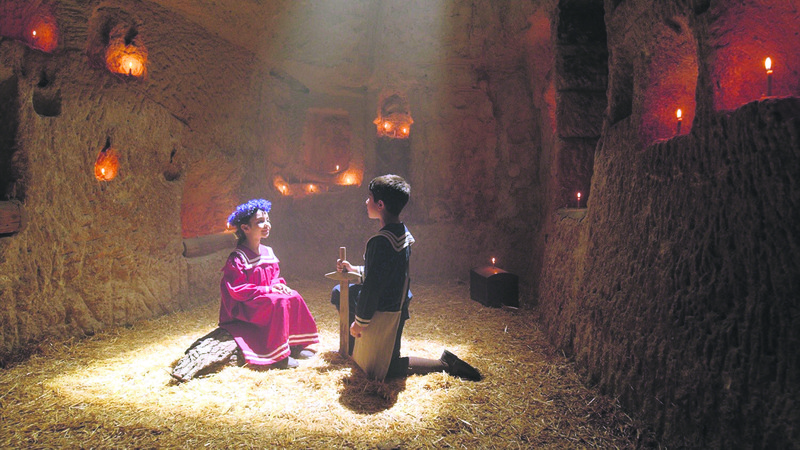 Supported by the Culture Ministry, ‘Lost Birds' depicts the sorrowful story of two Armenian siblings during the deportations and has receieved three awards at the International ARPA Film Festival

Produced with the contributions of the Culture Ministry's Cinema General Directorate, "Yitik Kuşlar" (Lost Birds), which depicts the Armenian deportation in 1915, won three Hollywood awards this week. The film that hit theaters during the centenary of the Armenian deportation was the opening film of the 18th International ARPA Film Festival, which took place in California. The film made its world premiere at the Hollywood Egyptian Theater and was viewed by over 200 people. The film, which portrays the Armenian deportation through the sad story of two siblings Bedo and Maryam, moved the audience to tears. The film was granted awards for "Best Film," "Best Director" and" Armin T. Wegner Humanitarian Prize." Speaking at the award ceremony, the directors of the film, Aren Perdeci and Ela Alyamaç, said shooting the film was an incredible journey for them and they hope that the film unites Turks and Armenians. "We believe that this film will help us look into the future with hope," they added.

Dila Uluca and Heros Agopyan star in the title roles. So far the film has received supportive messages from different countries including the U.S. Uluca and Agopyan were chosen from among 520 children during test shots a year ago. The film costumes were designed from period photographs found in a five-year search. Vahe Tachjian from Berlin and Yetvart Tomasyan from Istanbul were the film's history advisors. A ruined building from the 1890a was renovated for the movie and a village square and a local coffee house were built on an open-air film set in line with the period photos. The film's production took five years and was shot over a course of 30 days and pre-production took more than two years.