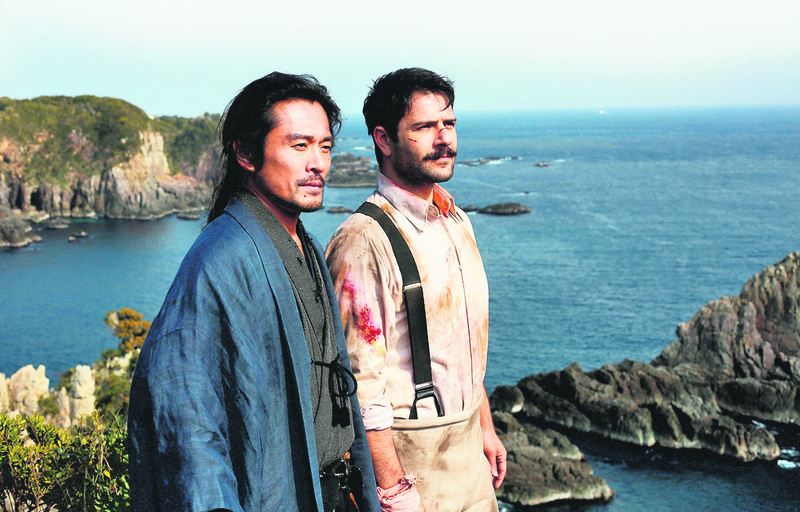 Depicting the story of the Ottoman flotilla named Ertuğrul, which was sent to Japan for a return visit and sank in 1890, a film titled ‘Ertuğrul 1890' co-produced by Japanese and Turkish teams is about to debut in Japanese theaters on Dec. 5 and in Turkish theaters on Dec. 25

The Turkish and Japanese co-production "Ertuğrul 1890," which is based on two true stories about the friendship between the Turks and the Japanese, will debut on Dec. 5 in Japan and on Dec. 25 in Turkey.

The Japanese director of "Ertuğrul 1890," Mitsutoshi Tanaka, offered insights about the film to the Anadolu Agency. He said the idea of the film was first brought to the agenda when one of Tanaka's friends who lives in Kushimoto where the Turkish frigate Ertuğrul sank showed the director a letter written by Ottoman diplomats. Tanaka underscored that he worked on the project for years, while concurrently seeking support. Although the film is titled "Ertuğrul," the Turkish and Japanese co-production fuses two different stories. The first one is about the Ottoman frigate Ertuğrul, which sank off Kushimoto in 1890, and the rescue operation in 1985, which was initiated upon the directives of then-Turkish President Turgut Özal to get a total of 215 Japanese citizens out of the Middle East and save them from the Iran-Iraq War.

Tanaka visited Turkey multiple times, while working on his film project. He also went to Kushimoto many times to talk to the villagers and listen to their stories as well as attend the commemoration ceremony for the 120th anniversary of the Ertuğrul's sinking. "Roughly 750 locals gathered for the commemoration ceremony. When two of them took the stage for a moment of silence, they broke into tears. They told me that Turks rescued them from Tehran in 1985 and said that if the Japanese did not help the Ottomans back then, they would not have been rescued during the war. There were also people who came from Tokyo just for the commemoration ceremony. The people of Kushimoto wanted this film to be shot," Tanaka said.

Tanaka and his film crew began shooting the film about a year ago in Japan. According to Tanaka's experience, they received the biggest support from the Japanese and the Turks. "While we were filming in Kushimoto, Japanese women cooked Turkish meals for Turkish actors and Japanese meals for Japanese actors. The local people of Kushimoto voluntarily worked on the film set," Tanaka said. He added that the scene where 69 Turkish soldiers were rescued features 200 local people. "The locals who were featured in this scene were the grandchildren of the Japanese who actually rescued the Ottoman soldiers. Although it was not in the script, they were crying as they bid farewell to the soldiers in the scene. It was like they were re-living the moment," the director added. Tanaka said he was moved when Turkish women gifted the tulips they had made out of paper to the Japanese film crew, while they were filming the scenes in Istanbul where 200 Japanese people were rescued by Turkish soldiers. "I saw a woman crying, while we were doing an early morning shoot. I asked her why she was crying, and she said: 'They made us read the story about Ertuğrul when we were in elementary school. That is why I am crying.' This is evident of the love that both nations feel for each other. The Turks and Japanese were unaware they were crying for each other," Tanaka said.

Tanaka expressed his belief that the film will strengthen the friendship between the Turkish and Japanese nations. "I want future generations to be familiar with this friendship. I did everything I could to make a film that everybody would enjoy," he added.

Tanaka said 650 Turkish actors took part in the filming process. He said their acting was "amazing," and added: "They have great backgrounds for acting. They performed wonderfully. I am very pleased with them." He said that he watches Cem Yılmaz and said: "He is warm-hearted. I was present on the set of his films a couple of times." Commenting on the feedback that he received from the audience, Tanaka said: "They are always the same: People loved the film. I saw people who cried throughout the film. Most of them told me that they have never been in Turkey, but they will visit as soon as they have a chance."

Speaking about what he likes about Turkey, Tanaka said he loves Turkish yogurt and "cacık" (yogurt with diced cucumber, garlic and mint) and walking around Istanbul delights him. He said Galata and the Golden Horn are the landmarks that he loves the most in Istanbul, and added: "People are warm-hearted here. I learned so much from the people of Turkey. They are sincere."

The Japanese premiere of "Ertuğrul 1890" included thousands of people. The film will make its world premiere on Dec. 1 and open in Japanese theaters on Dec. 5, while the audience in Turkey will be able to see the film on Dec. 25. Moreover, the film will be screened in Kushimoto where the Ertuğrul sank between Nov. 22 and Nov. 24, and a special screening will be held exclusively for the grandchildren of the Japanese individuals who rescued Ottoman soldiers 125 years ago.