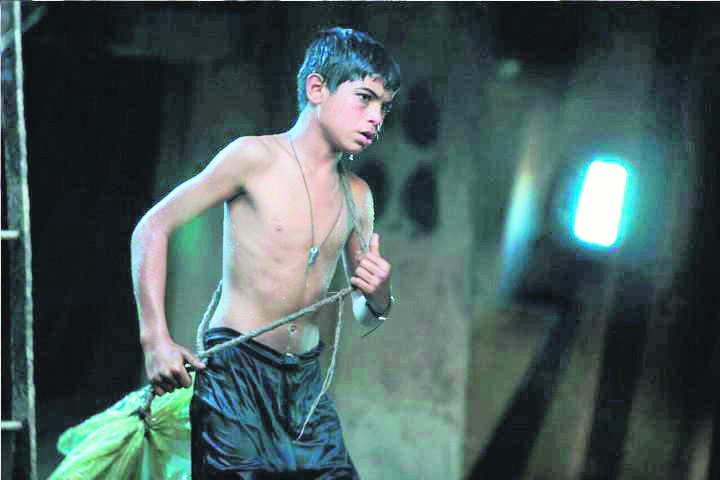 Organized by the International Boğaziçi Cinema Association with contributions from the Istanbul Media Academy, the third International Bosporus Film Festival began Friday. The festival hosts film screenings, workshops, panel sessions and premieres of 11 new films. Ogün Şanlıer, the chairman of the festival's executive council, offered insights about the festival to Anadolu Agency (AA). He said the festival previously centered on short films, but this year feature length films will also be a part of the festival.

This year's festival screens examples of world cinema as well. The previous year the festival hosted Ivana Chubbuck as a guest. This year the festival is hosting Susan Batson, an acting coach for Hollywood stars. Batson who has coached numerous Hollywood actors such as Tom Cruise, Nicole Kidman, Juliette Binoche and Liv Tyler, will offer a master class to actors at Marmara Pera through Nov. 25.

The festival spreads along the Bosporus. Cinemas on the European and Anatolian sides of the city, such as the Atlas, the Majestik and the Tarık Zafer Tunaya Cultural Center, host film screenings.

The "Bir Portre" (A Portrait) section, which will be featured as a part of the festival, is dedicated to Reha Erdem films.

The International Bosporus Film Festival welcomes a country as an honorary guest and screens examples from its cinema every year. Poland was the guest country last year and this year it is Romania. A section of the festival will be dedicated to films about the Battle of Gallipoli. "As it is the centenary of the Battle of Gallipoli; many films have been made about it. We have a chance to screen a lot of productions at the festival," Şanlıer said. Nine films by Hayao Miyazaki, a pioneer of animated film, will be screened in the Contemporary Tales: Hayao Miyazaki Special Section. The film selection features Miyazaki's filmography from 1984 to 2003, including "The Wind Rises," "Ponyo," "Howl's Moving Castle," "Spirited Away," "Porco Rosso," "Kiki's Delivery Service," "My Neighbor Totoro," "Castle in the Sky" and "Nausicaa of the Valley of the Wind." Screenings of various animated short films will take place as part of the festival as well. Croatian Lea Vidakovic's award-winning film "The Vast Landscape," Slovenian Julia Kolenakova's "The Predators of Transylvania," Russian Svetlana Andrianova's "A Little Star," German Florian Grolig's "In the Distance," Estonian Riho Unt's "The Master" and Lithuanian Ignas Meülinas's "Woods" will be shown.

Workshops and panel sessions at the festival discuss the film production profession. Yamaç Okur's workshop is titled "Creative Producing" and Derviş Zaim offers his experiences in a "Scriptwriting and Film Shooting" workshop. Ümit Ünal comes together with cinema lovers in "Story in Cinema" and Dolunay Soyser meets with actors or future actors in her workshop "Acting." Moreover, Yüksel Aksu, Nesli Çölgeçen, Belçim Bilgin and Engin Hepileri will hold panel sessions at the festival.

"Similar to the previous year, the festival will present the Ahmet Uluçay Grand Prize. Apart from the audience award, the festival will also present the Istanbul Media Academy Young Talent Award, to which I attach great importance," Şanlıer said. The Istanbul Media Academy offers many opportunities to young people, including training at the academy. They have funding for new productions. Young directors apply to the academy with their scripts, and the academy provides funding following jury selection. After the young directors shoot their short films, their instructors at the academy and a veteran director watch the film and comment on it to improve directors' techniques and future works. "We enable young directors to be a part of this film festival and introduce them to the international cinema industry," Şanlıer said.

On the other hand, the winner of the Best Ista