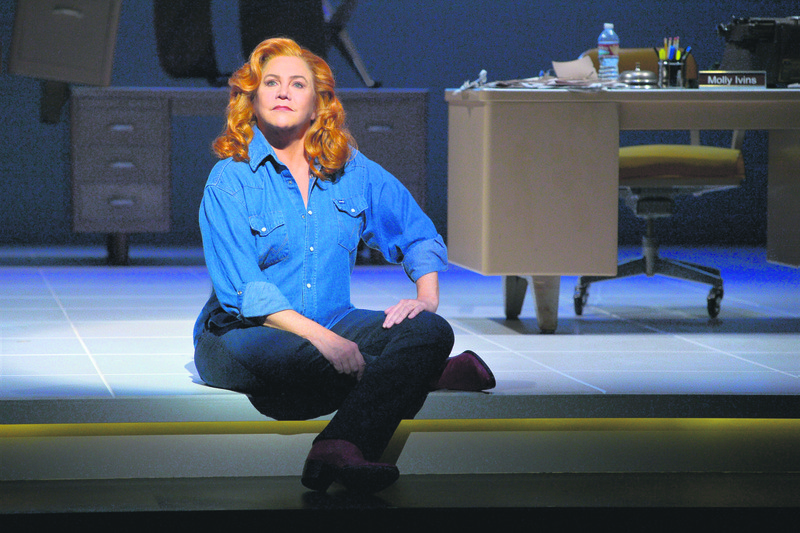 Turner has given life to many characters in films and on stage: She became a femme fatale, an unhappy spouse, a romantic adventurer, a mafia hitman, a conservative mother, a capricious actress, a southern beauty and a philanthropist nun.
by Daily Sabah Nov 25, 2015 12:00 am

Known for her energy and dynamism both on stage and on the silver screen, world-renowned Hollywood star Kathleen Turner will be a guest at the 52nd Antalya Film Festival that will take place from Nov. 29 to Dec. 6

The 52nd International Antalya Film Festival continues to host veteran figures of cinema as it does every year. Kathleen Turner, a prominent star of the 1980s and '90s is coming to Antalya for the film festival. The artist who transferred her expertise on the silver screen to the theater stage continues to be a Hollywood icon through the different characters she animates on the silver screen as well as on stage.

Turner, who is well-recognized in the U.S. as well as in the international cinema industry, is mostly known for her roles in "Romancing the Stone" co-starring Michael Douglas, which brought the actress her first Golden Globe, "The Jewel of the Nile" and "The War of the Roses." While "The War of the Roses" will be screened as a part of the festival, the audience will watch the classic movie at the cinema hall together with the legendary Turner.

Iconic acting in the history of cinema

Turner has given life to many characters in films and on stage: She became a femme fatale, an unhappy spouse, a romantic adventurer, a mafia hitman, a conservative mother, a capricious actress, a southern beauty and a philanthropist nun. From her roles in "Body Heat" (1981) to the Broadway musical "High" (2011), Turner has proved that she is a versatile and energetic actress. "Prizzi's Honor," which helped her win the Golden Globe for the Best Performance by an Actress in a Motion Picture - Comedy/Musical, has a special place in the her 35-year acting career.

Books written by Turner are also considered biographic works that inspire especially women. The artist, who comes to Turkey for the first time as a part of the International Antalya Film Festival, will attend panel sessions and hold a workshop along with participating in the screening of "The War of the Roses."

Throughout her career, Kathleen Turner worked with the veteran directors of the industry. Turner kicked off her cinema career with her role in Lawrence Kasdan's "Body Heat," in which she portrayed a femme fatale who tries to kill her husband with her lover. She collaborated with Kasdan once again in his 1988 film "The Accidental Tourist." Instead of portraying similar characters, she decided to give life to different charters inspired from real life. She played a country girl who finds a chance to go back in time and change the course of events that affected her life, while her marriage is crumbling in Francis Ford Coppola's "Peggy Sue Got Married." Following her Academy Award nominated performance in Coppola's film, she played a conservative Christian mother in Francis Ford Coppola's daughter Sofia Coppola's "The Virgin Suicides." In Peter del Monte's film "Giulia and Giulia," Turner played Giulia, a woman on the brink of madness, who experienced a difficult marriage in a parallel universe that is a figment of her imagination. Giulia mourns her husband while she has a child with him and cheated on him in other parallel universes. Turner has become a master at portraying the different faces of the same characters: Her performance in Ken Russell's "Crimes of Passion," as a woman who works at a fashion house by the day and as a prostitute by night, was applauded by most cinema critics. Among her other powerful performances, Turner's performance as a house wife whose criminal and violent potential comes out in cult director John Waters's 1994 film "Serial Mom" is striking.
RELATED TOPICS