Disabled children and cinema academics on a long, winding road 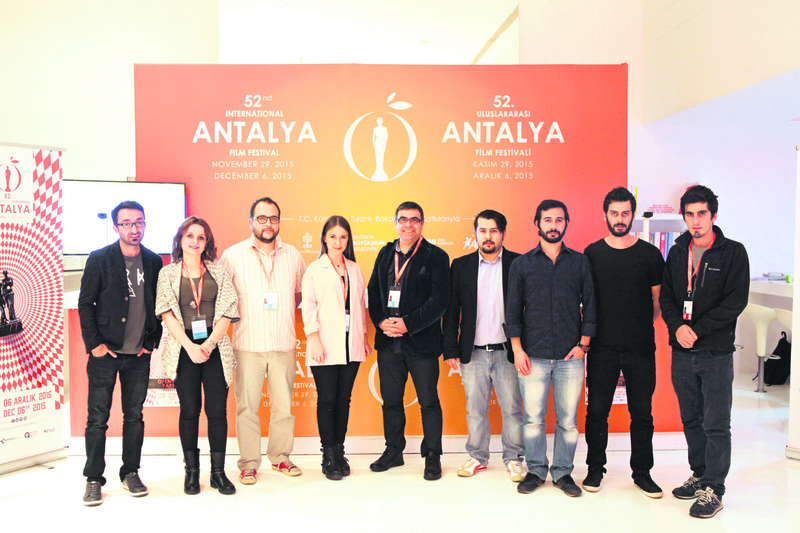 The students from Istanbul University and Akdeniz University who filmed the short film about a little girl named u015eerife Nur u00d6zcan.
by Zeynep Esra İstanbullu Dec 04, 2015 12:00 am

Comprised of academics and students from Istanbul University and Akdeniz University in Antalya, Film Akademi produced a short film about the lives of disabled children who receive special education at the Antalya Metropolitan Municipality's special training and rehabilitation center

The 52nd Antalya Film Festival hosts a two-year-old initiative called Film Akademi, which was formed by faculty and students from Istanbul University and Akdeniz University. The young team produced a 20-minute short film, half documentary and half fiction, about disabled children who are trained and rehabilitated at the Antalya Metropolitan Municipality's special training and rehabilitation center. The film focuses on the life of a little girl named Şerife Nur Özcan, who plays piano, and touches other children's lives. Supervising the film project, Istanbul University Professor Ergün Yolcu provided insights about the project to Daily Sabah.

Daily Sabah: How did the project come about?

Ergün Yolcu: There is a segment called "Festival Academy" each year at the Antalya Film Festival. It started last year, and this year we were able to produce something for the segment. Our subject this year is the children at the Antalya Metropolitan Municipality's special education and rehabilitation center. We filmed a short film there at the center. The name of the film is "Uzun İnce Bir Yoldayım" (I'm on a Long, Thin Road). The name comes from a little girl who was educated at the center. She can play two songs on the piano, and the title is one of the songs she can play. The film tells the story of this little girl, Şerife. The main message of the film is the achievements disabled children can accomplish once they receive special care and education. The film will be shown at the Antalya Film Festival on Saturday at 3:00 p.m. at Aspendos Theater. 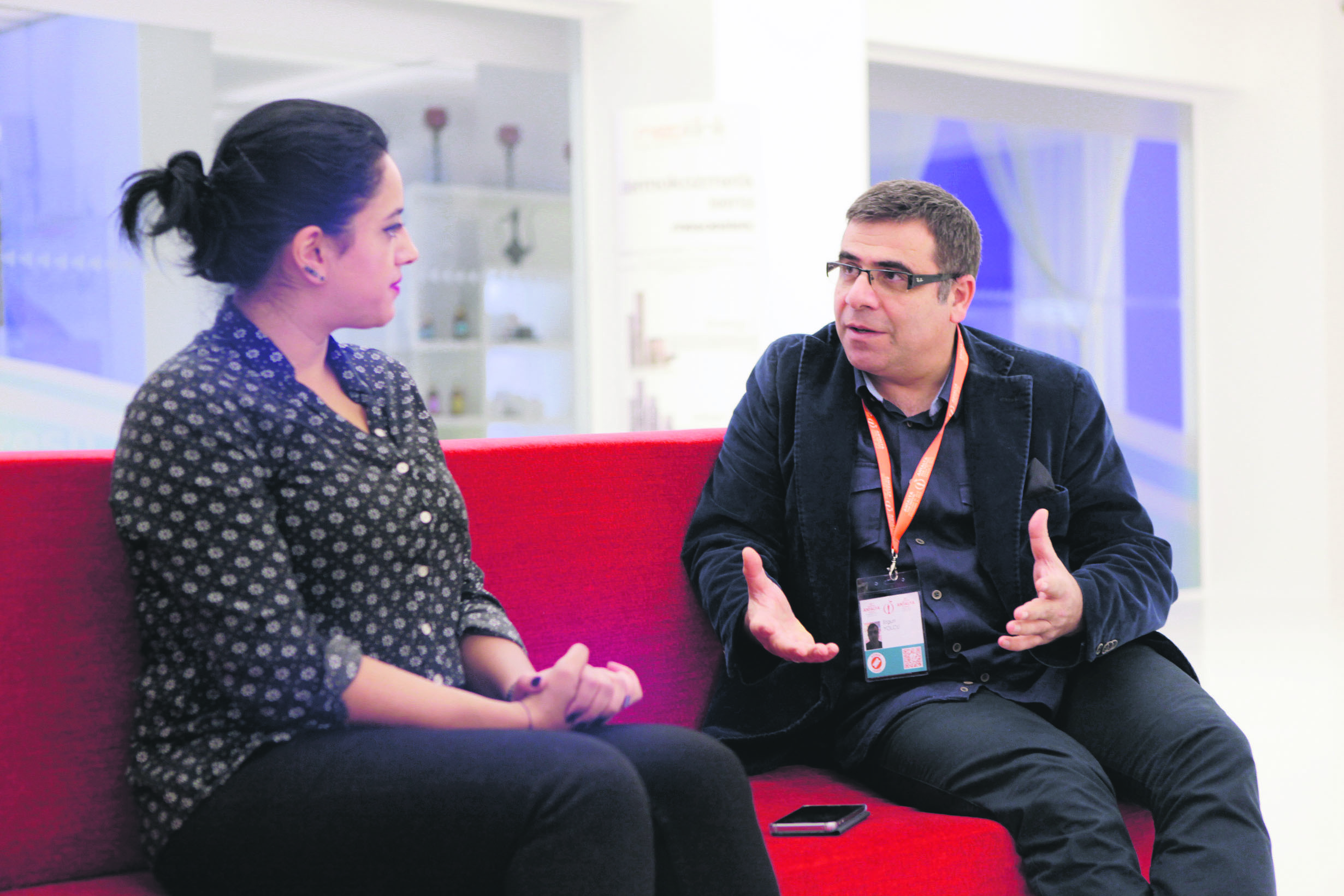 DS: Is the film based around the story of one child so that a larger message can be extrapolated from it?

EY: Yes. The film portrays the effort Şerife exerts to cling to life, her family relations and the death of her father. We wanted to show all of this in the film. The actors in the film are either people at the center being educated or instructing the classes. All of the main actors portray real-life characters. When we show this in the film, we are aiming to impart the message in a more realistic way.

DS: Is the film more like a documentary or is it fiction?

We cannot say it is completely a documentary because there is some fiction in it as well. This is why we simply called it a short film. It is about 20 minutes and there is no director. The directing, editing and assembling is all done by students. We worked as the advisers. The film academy team consists of students and professors from Istanbul University and Akdeniz University. Thus, the film was released with a collective signature.

At Istanbul University, our aim was to bring students to festivals as members of the audience. We wanted them to be a part of our production. The students are both attending screenings and panels, and they are being a part of the whole aspect of producing a film. This is the first time students are taking an active part in a festival. The festival crew gave us this chance. This means from this year forward, students are going to be able to come and take part in the film festivals.

DS: The festival's organizer, Elif Dağdeviren, said she particularly wanted to address social responsibility projects this year. Are the students from the special education center a part of this project?

Elif Dağdeviren had given a lecture at Istanbul University. In this context, she has a link to academics. She really wanted students and academics to be a part of this project as well. The first step was taken last year; this year, the first products where accomplished. From now on, we will film a short film and portray the characteristics of Antalya as well. Our aim is to focus on the little-known aspects of Antalya. Along with this, the students who are taking part in our film are students who will be eligible workers of the TV and cinema sector in the future. Most of them have started to work already; we could not imagine a festival without them. 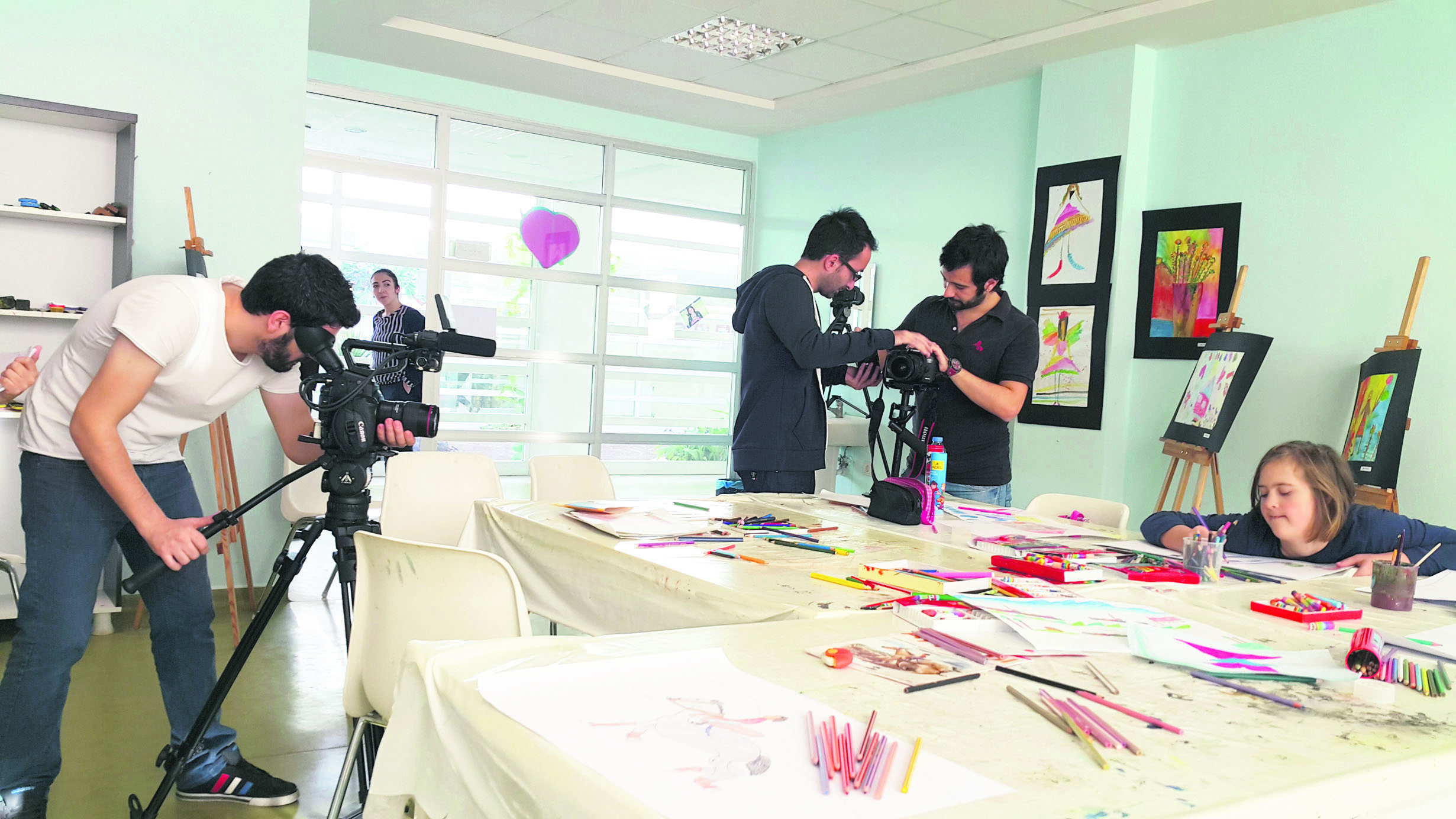 Film Akademi is a two-year-old initiative set up by the International Antalya Film Festival. Formed by Istanbul University and Akdeniz University, faculty and students Film Akademi shot a 20-minute short film, half documentary and half fiction, about disabled children who are trained and rehabilitated at the Antalya Metropolitan Municipality's special training and rehabilitation center.

DS: Will the film be screened once only?

Yes, the film will only be screened once at the festival. However, later it will be shortened and aired on TV as a public service announcement. We are continuing our talks with ATV so it can be aired on that channel as well.

DS: When did you start filming? How long did it take?

We actually started filming 10 days ago. We filmed in the morning and edited in the evening, we had a very busy schedule. The thoughts of the students were taken into consideration when writing the script. The film was prepared with the initiative of the students. The students also gave insights on the project.

Daily Sabah also interviewed the other academics and students who collectively produced the film. The director of photography, Fatih Çalışkan, said the film gave him a new perspective. "We worked with disabled children for 10 days. We developed emotional ties with these individuals and we became more aware of things. We also filmed Şerife's family at their home. We saw they were extraordinary people. There was also a child who could draw without being able to pick up his pen. However, we did come across an interesting problem. When we were filming a fictional scene, we only had once chance to film it. Otherwise, if we filmed a second time, their attention would have shifted. This was something that we hadn't experienced before. On the other hand, attending the festival in an active way was exciting for us. Listening to master directors and actors talk about our film was really important for us," he said.

One of the students, Betül Günay, said she became more aware of the place disabled people occupy in our lives, which led her to begin questioning herself. She also said she took notes during the festival so she can share them on her blog to raise awareness about the issue.

The film's chief editor, Yusuf Tekke, said they faced difficulties in terms of continuity because the actors in the film where the disabled students themselves. He talked about how trying to get the entire message across and trying to continue filming was challenging but rewarding at the same time. He added that all of these worries will go away once the students watch themselves and feel the excitement they felt when filming. He stressed that the happiness of leaving something meaningful behind will overpower all the other feelings.

Assistant Professor Onur Akyol said the film touched their lives. "The awareness toward disabled children is now not just a concept in our minds but a truth that has spread into our lives and made an impact on us. Rather than artistic or cinematographic value, the project has taught us more about the importance of social awareness," he said.

Professor Ergün Yolcu said with awareness such as what the film provides, the families of disabled children do not have to shut themselves into their home or be ashamed. Instead, they can now take steps toward their children's socialization. Moreover, once these children start to accomplish positive things, the stress on the families will decrease. He said we especially see such relief with mothers in these situations since they have most of the stress on their shoulders – as the father is absent in most cases with a disabled child.

Hilal İpekçi, the designer of the posters, said she was touched by how freely the children at the center can express their feelings. She said that unlike able-bodied individuals, they can act as they wish without worrying about what the people around them will think. They also immediately developed a relationship based on love with the crew members. The Festival Academy also encouraged the students and gave hope for the future of the cinema industry.

Assistant Director Ersin Sel stressed the importance of being part of a social awareness project while cameraman Atıl Boğa talked about how the disabled children affected the crew in a positive way. He also said how the children had gotten used to the crew and how hard it was to leave once the filming was over. They said that from now on, they would visit the center whenever they are in Antalya to continue the emotional connection with the children.

Assistant Professor Mesut Aytekin emphasized the importance of attending the festival with a crew like theirs. He talked about how important it is for the academy to be present, both for cinema and the festival. He said at the moment, only Istanbul University and Akdeniz University are part of the festival, but they are going to expand to other schools as well in the upcoming years.

Lastly, Assistant Professor Ümit Sarı stressed how the awareness the children, students and faculty gained from this festival will surely be used in the future, and that the project will be referred to as an act of kindness by future productions.
RELATED TOPICS