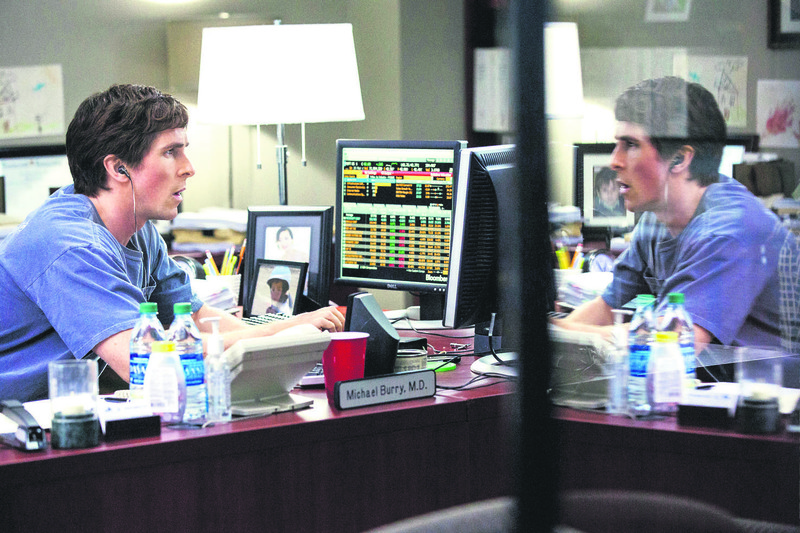 by Dec 11, 2015 12:00 am
It is not easy to find the humor in the financial crisis that hit the U.S. economy eight years ago, but the "The Big Short" uses comedy as a lens to examine the intricacies and failures of Wall Street. The movie, starring Christian Bale, Brad Pitt and Steve Carell and out in New York and Los Angeles on Friday, takes a quirky look at the mortgage-backed security debacle that led to the U.S. sliding into recession from 2007, and the money managers who bet against the financial might of the U.S. economy.

And it had nothing to do with short people.

"I wanted to show that (the financial collapse) was more about a system than it was about individuals," director Adam McKay told Reuters. "We need banking. Banking is not, in essence, bad ... we just need not corrupt banking." McKay, the filmmaker behind raucous Will Ferrell comedies such as "Talladega Nights" and "Anchorman," said he had friends and colleagues on Wall Street and therefore knew not to joke about its people.

Instead, he adapted financial journalist Michael Lewis' best-selling book "The Big Short" by taking audiences on a farcical journey into the little understood world of high finance that led to the recession and some 8.7 million Americans losing their jobs. "The Big Short" film follows real-life 'shorts' - investors that bet against rising stock and bond prices - portrayed by Bale, Pitt, Carell and Ryan Gosling. The 'shorts'- traders who are despised by 'long' investors who cheer markets to ever-rising financial heights - correctly saw that the housing boom of the 2000s was largely fueled by aggressive lenders who suckered people into borrowing more money than they could afford.

The bad debt was repackaged into exotic securities sold to unaware investors. When 'shorts' such as Dr. Michael Burry (Bale) discovered the flawed securities, they bet against them but faced making billions of dollars from people who were going to lose their life savings in the near financial collapse.

Like Lewis' book, the movie displays the systemic farce that caused the loss of jobs, homes and savings. It also explores the social conscience of some Wall Streeters who know every trade has two sides - winners and losers. "It's got a lot of different gears to it, and that's what life has," McKay said.