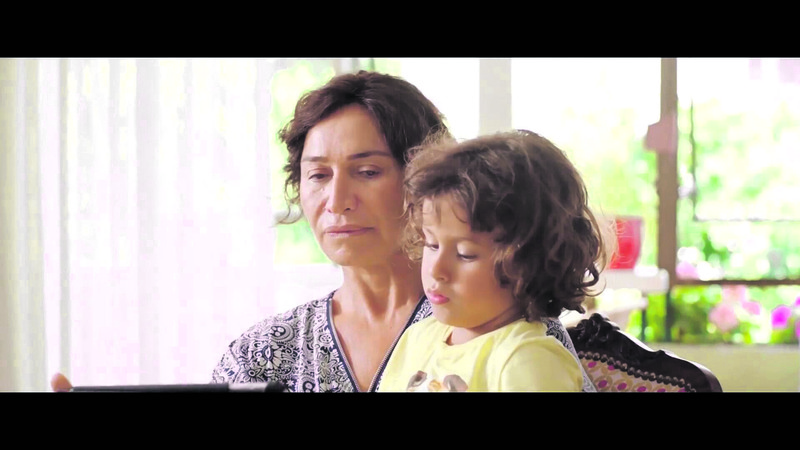 Starring Ayhan Eroğlu, Nilay Olcay, Alican Çokoğur and Mustafa Çelik, the Turkish production "Gassal" aims to draw thriller lovers to the cinema hall. Written and directed by Alper Kıvılcım, it follows the story of a man named Abbas and his friend who visits him for an overnight stay. When Abbas's guest unearths his long-buried secrets, the Pandora's Box opens.

Elementary school teacher Magda is diagnosed with breast cancer. Although she survived once, she learns that the disease has advanced this time. In order to get past the hard days, Magda seeks happiness in those who have always been around her. The day she learns that she has six months to live, she also learns that she is pregnant and decides to change her fate. Directed by Julio Medem, the 2015 Spanish drama stars Penelope Cruz, Luis Tosar and Asier Etxeandia.

The unforgettable actress of romantic comedy films, French-American Julie Delpy, is the director, writer and leading actor of her latest film "Lolo." The film is about Violette, a 40-year old workaholic with a career in the fashion industry. The woman who has never been in a long-term relationship with anyone falls for a provincial computer geek, Jean-Rene, while on a spa retreat with her best friend. Although Jean Rene's personality is very different from Violette's, there is definitely a spark between them. However, when their relationship becomes serious, Violette's son Lolo begins to cause problems. Lolo does not like Jean-Rene and executes a plan to get rid of the man he believes is unworthy of his mother.

Jessie Nelson's new comedy "Love the Coopers" brings veteran actors Alan Arkin, John Goodman, Ed Helms and Diane Keaton together. When four generations of the Cooper clan come together for their annual Christmas Eve celebration, a series of unexpected visitors and unlikely events turn the night upside down that leads them all toward a surprising rediscovery of family bonds and the spirit of the holiday.

Starring Allan Hyde, Jakob Oftebro, Roland Moller and Soren Malling, "Skammerens Datter" (The Shamer's Daughter) takes the audience on a journey to a fantastic world. Directed by Kenneth Kainz, the film recounts the story of Dina who is able to see the souls of people.

The sequel to "Open Season," the film tells the story of a bear named Boog. Although Boog has nothing to do with wildlife, he has to learn how to survive in nature. The animated film is dubbed by Garry Chalk, Kathleen Barr, Trevor Devall, Melissa Sturm and Donny James Lucas.
RELATED TOPICS