Refugees to rub shoulders with stars at Berlinale 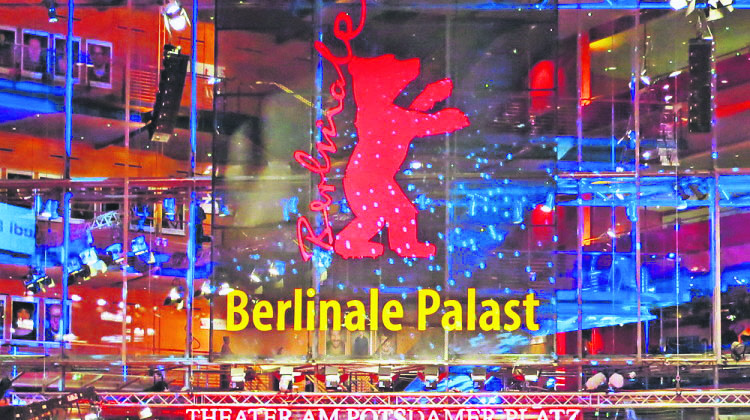 by Dec 24, 2015 12:00 am
Refugees will be at the heart of the next Berlin International Film Festival, with hundreds of free tickets for asylum seekers and new movies spotlighting Europe's historic influx, its director said. Dieter Kosslick told Agence France-Presse (AFP) ahead of the 66th edition in February that the Berlinale would try to set an example of tolerance and integration in Germany, a society that has been rocked by the arrival of around 1 million newcomers this year.

He said the festival, which prides itself on a heady mix of A-list Hollywood stars and hard-hitting international cinema, has strived for social relevance from the start. "Refugees have always played a role at the Berlinale, since 1951," when the festival was launched in the Cold War outpost of West Berlin, just six years after World War II ended. "Back then, many Germans were refugees, and the festival was founded to foster understanding in German society and among nations."

The Berlinale, Europe's first major cinema showcase of the year and the only one to sell tickets for all of its featured films to the public, aims to give asylum seekers a break from long waits and crushing boredom." We are working with refugee aid organizations on a foster program to distribute free tickets" teaming up volunteers with asylum seekers, he said, in an interview in his modest office overlooking Berlin's ultramodern Potsdamer Platz, the festival venue. "Currently the plan is around 1,000 tickets, but we could imagine making it more." He added that invitations to the opening night gala on Feb. 11 also included a request for a donation to a treatment center for torture survivors, thousands of whom have sought refuge in Germany. Kosslick, 67, is credited with strongly boosting the event's international profile since he took the reins in 2001. The festival will open with Joel and Ethan Coen's all-star Hollywood romp "Hail, Caesar!" and Meryl Streep chairing the jury that will award the top prize, the Golden Bear. This year's selection of around 400 films from across the globe, which Kosslick is racing to complete and is still under close wraps, will cover many aspects of the refugee crisis, from its root causes to its impact on the rich West. "We have always addressed the refugee issue at the Berlinale," he said. "Now it's time to understand each other, show tolerance, accept each other and demonstrate that with the films we present."

The youth film sidebar section "Generation" will expand an existing outreach project at local schools to offer "welcome classes" to refugee kids to help them integrate into German society. And the Berlinale Street Food Market, where festival-goers can grab a bite between screenings, will this year include a refugee-run catering van featuring Middle Eastern specialties, Kosslick said.

The Berlinale is to demonstrate to Germans that refugees can enrich their society, Kosslick said, amid a deep divide between supporters of an open-door policy for the most desperate applicants and rising anti-migrant sentiment. "Of course, you must recognize that these people are afraid," he said, referring to opponents of Germany's relative openness to refugees. "At the Berlinale, we can show people how exciting - and harmonious - it can be to spend 10 days with migrants and people from other countries." Kosslick said he wanted to capture a bit of the optimism and can-do spirit that German Chancellor Angela Merkel has preached during the crisis. "I have to say that Frau Merkel has done a good job on refugee policy," he said. "We have a historical responsibility here - where else but in Germany?"

Kosslick said an abundance of films about the Nazi era, including the adaptation of international bestseller "Alone in Berlin," is due to premiere at the festival, which is helping Germans grasp their country's dark past. But he said the reality of seeing refugees at their doorstep was adding a new dimension to that understanding. "It is an opportunity for German society to consider our relationship with our history. None of us can imagine what the Nazi crimes really meant and what millions of refugees endured - it is beyond our comprehension," he said. "But you can understand what it means for someone to arrive in a cold country in November or December wearing flip-flops, to be standing there waiting, heavily pregnant and no one is helping. The refugee influx is a great chance for us Germans to better understand our own history," he stressed.
RELATED TOPICS