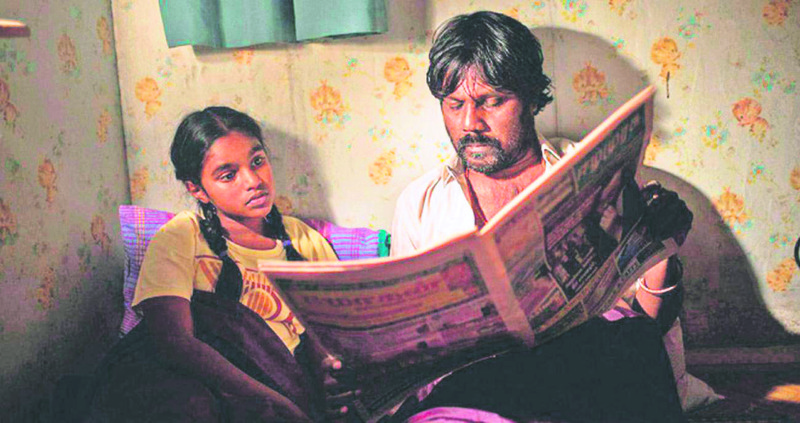 The winner of the Palme d'Or at the Cannes Film Festival, the French production is the story of a Sri Lankan Tamil warrior named Dheepan. To flee from the civil war in his country, Dheepan seeks refuge in France, pretending to have a wife and a daughter. Although he works hard to have a normal life, the daily violence that Dheepan confronts quickly reopens his war wounds, and he is forced to reconnect with his warrior's instincts to protect the people he hopes will become his true family. Starring Jesuthasan Antonythasan, Kalieaswari Srinivasan and Claudine Vinasithamby, the film was directed by Jacques Audiard.

Alvin and the Chipmunks: The Road Chip

The fourth "Alvin and the Chipmunks" film aims to draw animation lovers to the theaters this week. Following a series of misunderstandings, Alvin, Simon and Theodore begin to think that Dave is going to propose to his new girlfriend. To prevent losing their best friends and having a terrible stepbrother, they have three days to stop Dave's proposal. Alvin and his friends embark on an entertaining journey in New York to complete their mission. Directed by Walt Becker, the film stars Jason Lee, Jesica Ahlberg, Josh Green and Bella Thorne, and the cartoon characters are dubbed by Justin Long, Matthew Gray Gubler, Jesse McCartney, Christina Applegate, Kaley Cuoco and Anna Faris.

In the Heart of the Sea

In 1820, the British whaling ship "Nantucket" is attacked by a giant whale, as if it seeks revenge from people who hunt its species. "In the Heart of the Sea" reveals the encounter's harrowing aftermath, as the ship's surviving crew is pushed to their limits and forced to do the unthinkable to stay alive. The incident, which is inspired by true events, was retold by author Herman Melville in his masterpiece novel "Moby Dick." Starring Chris Hemsworth, Cillian Murphy, Ben Whishaw and Brendan Gleeson, the film was directed by Ron Howard.

"Husband Factor: Resurrection" continues where the first film left off: Efsun, who rises against the typical Turkish female gender norms, asks Sinan - the love of her life - to marry her, and the wedding preparations begin. However, now Efsun has to deal with Sinan's grandmother, Cavide, as if her own chaotic family was not enough. Will the nightmare of every Turkish woman overshadow Efsun's biggest day of her life? Starring Ezgi Mola and Murat Yıldırım, the film was written and directed by Kıvanç Baruönü.
RELATED TOPICS