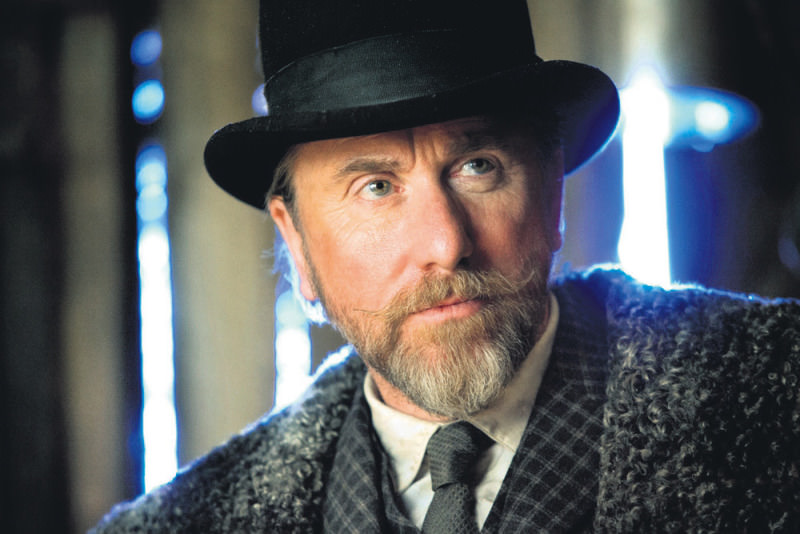 by reuters Jan 06, 2016 12:00 am
Tim Roth reunites with Quentin Tarantino in "The Hateful Eight", with the actor saying the director is just the same as when he was making his name in the 1990s - albeit with more filmmaking knowledge.

Roth, who was in Tarantino's "Reservoir Dogs" and "Pulp Fiction", stars in the director's eighth film, which tells the story of bounty hunters in post-Civil War Wyoming.

"He knows more ... he's a better filmmaker I think he would say from when we shot for five weeks on 'Reservoir Dogs'," Roth told Reuters in an interview.

"He has all of the toys, he knows more efficiently how to tell his stories, more artistically -- he's more visionary and so on but still the same kind of chap."

The movie reunites Tarantino with other past collaborators including Samuel L. Jackson, Michael Madsen and Kurt Russell.

It begins with bounty hunter John Ruth (Russell) and fugitive Daisy (Jennifer Jason Leigh) in a stagecoach travelling towards the town of Red Rock before meeting two strangers, whom they take onboard.

As a blizzard builds, they take refuge and meet other travellers. As they get to know each other, all is not quite as it seems.

"Like when you are going to a play, you can look on the stage and you can choose what you want to look at and this kind of gives you that opportunity," Russell told Reuters.

"The Hateful Eight", already out in the United States, hits European cinemas this week, and most other countries this month.
RELATED TOPICS