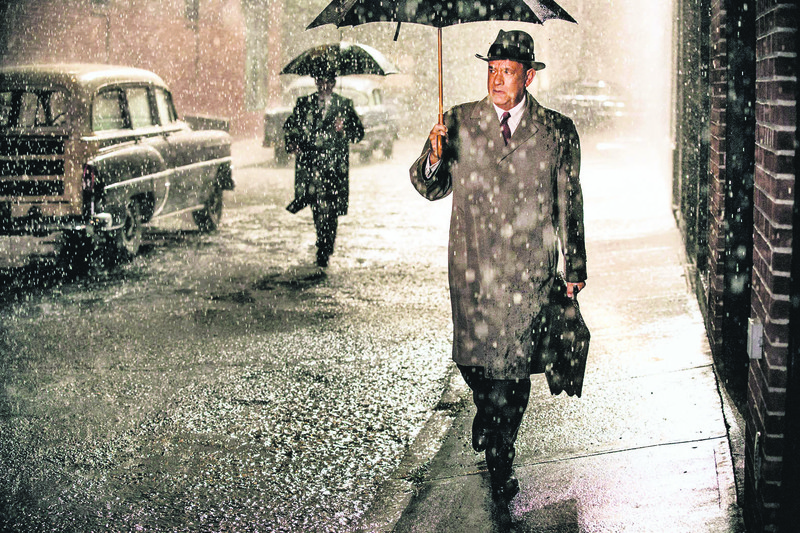 by Anadolu Agency Jan 12, 2016 12:00 am
Steven Spielberg's Cold War thriller "Bridge of Spies" and romance film "Carol" were the big winners in the British Academy of Film and Television Arts (BAFTA) nominations announced on Friday. Both films received nine nominations each including "Best Film" and "Best Director" from the British Academy, whose awards are considered among the more prominent ceremonies held before the Oscars. However, the two movies largely did not appear in the "Best Actor" and "Best Actress" categories, with only Cate Blanchett's lead role in "Carol" and Mark Rylance's supporting role in "Bridge of Spies" being recognized. Blanchett's competition for "Best Actress in a Leading Role" includes Maggie Smith ("The Lady in the Van") and Saoirse Ronan ("Brooklyn"), while Leonardo DiCaprio ("The Revenant"), Michael Fassbender ("Steve Jobs") and Eddie Redmayne ("The Danish Girl") are up for "Best Actor in a Leading Role."

Competing against Spielberg and "Carol's" Todd Haynes for "Best Director" will be Britain's Ridley Scott, who will be hoping for his first BAFTA win with "The Martian," alongside Adam McKay ("The Big Short") and Alejandro Gonzalez Inarritu ("The Revenant"). British actor John Boyega, best known for playing Finn in "Star Wars: The Force Awakens," is listed among the nominees for the "Rising Star Award." However, in a disappointing round of nominations for big-budget action movies, the new "Star Wars" film received just three other gongs including "Best Sound" and "Best Original Music," while "Spectre," the new James Bond film, was not recognized at all. The BAFTA awards are closely watched by sections of the film industry for hints ahead of the Academy Awards in Hollywood. The Oscar nominations will be announced on Jan. 14.
RELATED TOPICS