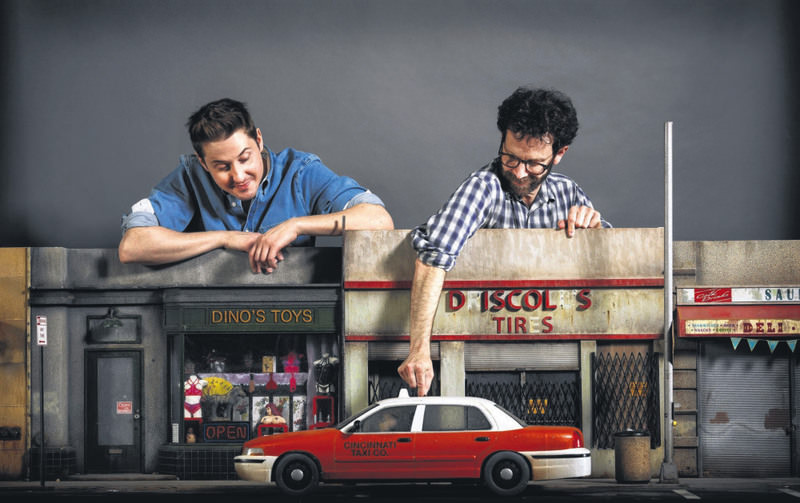 by Daily Sabah Jan 15, 2016 12:00 am
The first animated film to win the Grand Jury Prize at the 72nd Venice International Film Festival, "Anomalisa," co-directed by Charlie Kaufman and Duke Johnson, will be the opening film of the 15th !f Istanbul Independent Film Festival. The 15th !f Istanbul Independent Film Festival again offers a great selection of films for cinema lovers. The festival, which will take place from Feb. 18-28 in Istanbul, will open with "Anomalisa," co-directed by Charlie Kaufman - the scriptwriter of various modern classics including "Being John Malkovich," "Adaptation" and "Eternal Sunshine of the Spotless Mind" - and Duke Johnson - the creator of the most extraordinary animated series in the history of TV, "Mary Shelley's Frankenhole."

"Anomalisa" is a stop-motion adult animated romantic comedy-drama. Praised as, "an existential stop-motion of 'Gone With the Wind'" by the New York Daily News, "a small miracle" by Variety and deemed as this year's masterpiece by various film critics, "Anomalisa" tells the story of Michael Stone, the esteemed writer of "How May I Help You Help Them?" who is a husband and a father suffering from the mundanity of his life. On a business trip to Cincinnati to give a speech at a convention for customer services professionals, he meets Lisa who might be his escape from his ordinary world into the arms of love.

Matt Patches from Esquire regarded the film as "the most deeply human film of the year," while categorizing Kaufman as one of the most important American filmmakers and Johnson as one of the most creative directors.The movie is based on Kaufman's own play of the same name and stars the voices of David Thewlis, Jennifer Jason Leigh and Tom Noonan. The soundtrack was created by Carter Burwell, who composed the soundtracks of various other films including "Carol," "Fargo," "Being John Malkovich" and "In Bruges."

Produced by Rosa Tran, Johnson, Kaufman and Dino Stamatopoulos over three years, "Anomalisa" premiered at the Telluride Film Festival and won various awards at international festivals including the Grand Jury Prize at the 72nd Venice International Film Festival, "Best Director" at Austin Fantastic Film Festival and was selected as the "Animated Film of the Year" by various film critics associations including San Diego's, San Francisco's and Indiana's. The most striking nomination of the film was for Jennifer Jason Leigh who dubbed Lisa's voice. She was nominated for the "Best Supporting Female" award at the 2015 Independent Spirit Awards.
RELATED TOPICS