Short film competition aims to raise awareness for the homeless 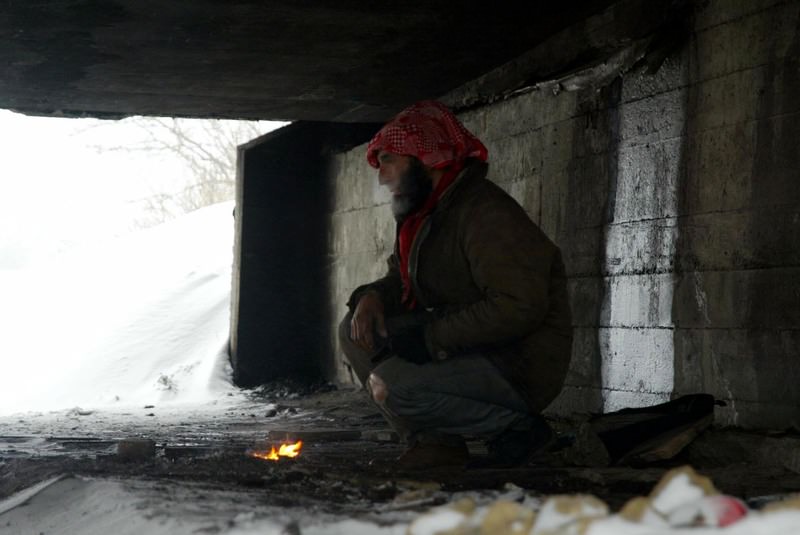 The Young Pioneers Association Youth Movement launched a short film competition for the first time with the theme of "The Homeless." Applications for the festival will be accepted until April 1.

Speaking at a press conference at Sultanahmet Rast Hotel, Young Pioneers Association Youth Movement Chairman Orhan Özer said the competition was organized in order to provide support to young filmmakers and create social awareness. Özer added that they would like to draw attention again to the forgotten values in society. "In recent history, like the Ottoman period, there where charity organizations, and people were in such a place of trust that they were able to give material help to someone that needed it. But today, unfortunately, people do not even bother to put a smile on people's faces," he said.

In a society where individualism and secularism are on the rise, Özer said their effort was to help to reprioritize helping one another. He said that they added this project to their agenda in order to make the short film competition a part of their mission. Özer emphasized that the Young Pioneers Association Youth Movement would carry the spirit of reading, and said: "With this goal in mind, we are putting poetry nights, values education and social media topics in the headlines. We are trying to elevate the answer to the question of where homeless people live to the headlines. We have also previously handled issues like this in our magazine, Young Pioneers." With the competition, they wanted to build "a mentality of a media that carries moral values," according to Özer. They also wanted to thank Sinefesto who supported them, and said they would continue the short film competition in the upcoming years.

Young people study as they watch

Cihan Aktaş, who is an author taking part in the competition, is also on the jury. In a statement, Aktaş told Anadolu Agency (AA) that Turkish society is aware of the homeless and sensitive toward disadvantaged communities, and added: "However, we need to remember and be reminded about the issue. Culture and art is already significant for this but cinema is a very effective tool." Stressing that the Young Pioneers association is an active one, Aktaş said they have recognized the importance of the "remembering and reminding" power of cinema. Highlighting that young people have in interest in short films, Aktas said: "Young people no longer read a lot. They are either watching while they read or reading while they watch something, we are surrounded by screens. In this respect, especially in these winter days of our country, making a short film project about a large population of Syrian refugees while we work to raise awareness of homelessness is very significant."

Emphasizing the need to address the topic of "homeless" in art and literature, Akas added: "We need to think about the people who use cardboard to heat themselves up. We need to directly address this subject. Our country doesn't have millions of homeless people like there are in Europe and the U.S., but we need to make better efforts [for those who are here]."

Aktaş said the films entering the competition are important as they will portray the fears of the homeless, their problems, their treatments and what we can do to help them. "We say youth are very irresponsible and apathetic, but I constantly see in the programs I am invited to that youth are actually very sensitive and responsible," she concluded.

Film critic and jury member İhsan Kabil also stressed that short film as a category has increased in the recent years. "The shooting techniques in cinema have developed, cameras have developed and the whole process has been digitalized. In this respect, the action of shooting has become accessible to many people," he said.

Stressing that visual culture is now a competition for written culture, Kabil added: "Because visual culture has now surpassed written culture, youth are now more prone to the short film subject. Short film competitions and film screenings are now spreading week-by-week. Municipalities, institutions, organizations, foundations and associations are now organizing many different short film competitions and screenings under various themes. Short film is now transforming into the common language of the youth. Because of this, I see youth short films as a field in which they are active, efficient and open to constructive development."