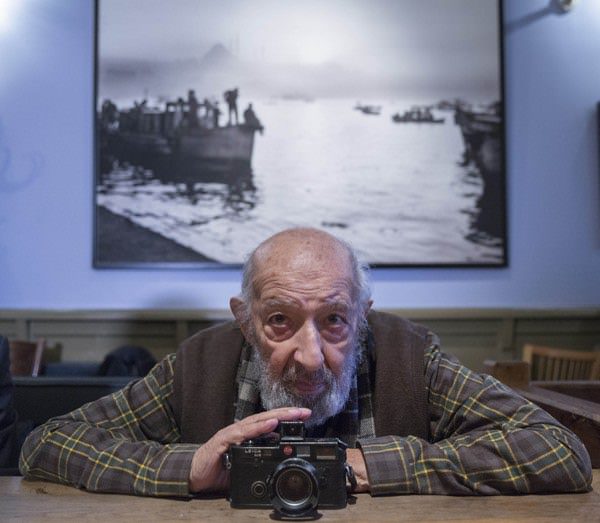 by daily sabah Jan 17, 2016 12:00 am
A feature-length documentary film on the life of Ara Güler, the prominent Turkish-Armenian photographer, or "photo journalist" as he likes to call himself, has been nominated for the Washington Film Festival.

Taking its name from Güler's nickname, "The Eye of Istanbul" will make its U.S. premiere at the festival in March.

The movie is a cinematic portrait on the life and photographs of Güler. The documentary centers on the preparations of his retrospective photography exhibition in Istanbul and follows Güler as he selects his photographs for the exhibition and ponders the question of the future of his archives. The legendary photographer's personality traits are also showcased in the film.

Commonly referred to as "Istanbul's eye" - a term he does not like as he refuses to claim ownership of the historical city, Güler made his name mainly with his black-and white nostalgic photos of Istanbul that depict the city's wide range of emotions. Many of his photos have also been turned into paintings.

With his gray hair and beard, the 87-year-old Istanbulite looks like a character in one of his famous photos. Despite his age, he is still sharp, funny and philosophical. Suffering from renal failure, the legendary photographer is full of stories about dialysis since he has to receive the treatment three times a week.

When he was 22, Güler received his first camera, a Rolleicord II. His career as a photographer started when he joined a local newspaper called Yeni Istanbul in 1950.